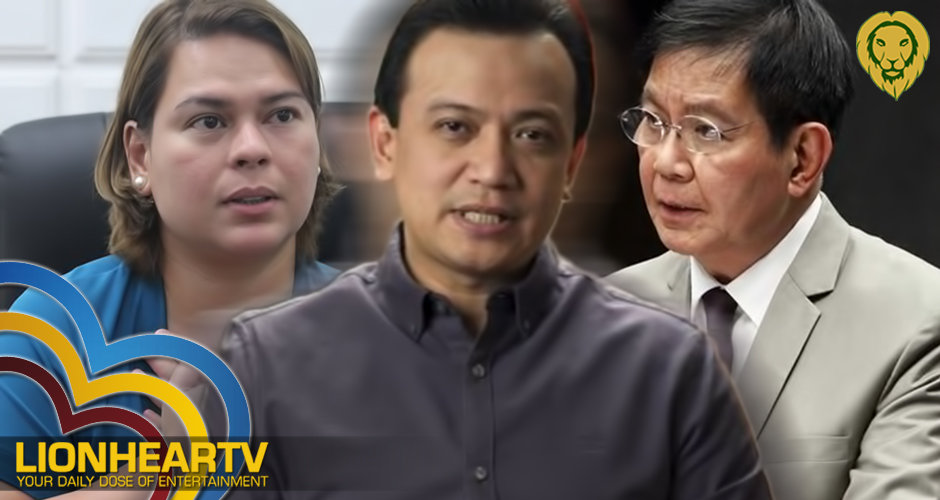 With that, former senator, Sonny Trillanes IV took to twitter to question the decision of Lacson. Now, Trillanes tweeted looking for a valid reason as to why Lacson decided to endorse Sara.

I agree, Sir @iampinglacson. Pero you are endorsing Sara for president because… pic.twitter.com/WxS1488YjC

Lacson replied by saying the only suitable Presidential candidate in 2019–was Davao City mayor.

… because in February 2019, she was the only probable candidate. The political landscape may have changed with the election in May 2019 of other young and highly capable mayors in Metro Manila, Baguio City and even in Congress.

With that, Trillanes was glad that the senator is not rooting for Sara anymore.

The interaction between the two drew reactions from Netizens and got entertained on how Trillanes roasted Lacson.

Twitter personality @AltABSCBN wrote Lacson’s senate version when he placed his bets on Sara last 2019 for the Presidency.

This u senate version https://t.co/YuzI4Gw35E

Using the viral Kris Aquion ‘because’ meme, Netizens such as @binibiningKyla_ got entertained by the Trillanes’ humor and satirical response to Lacson.

And with him raising the question as to why he chose Duterte, @rabinacharlyne encouraged Trillanes to continue his sarcasm to the Senator.

Because of how influential the Queen of all Media is, even Trillanes got hooked on her viral remark. @jxnabs considered that Kris Aquino influenced the former senator into raising his clear objection the Kris’s way.

the power of kris aquino https://t.co/xHPI4Lm6bK

@Kelboinks888 even shared that his housemates’ choice was Sara Duterte. However, when the Netizen asked to give a justifiable reason to why they cannot find any.

My housemates here in Singapore are also rooting for Sara, even though they cannot answer any quantifiable results of the current admin, they just want her to continue rodrigo's legacy in which they cannot identify again. It is all because… pic.twitter.com/nlgxesMVL5

With the banter between the two and one throwing the right question, will the other stay true to his decision? Or will he reverse it?