Filipinos awaiting Sarah Geronimo’s return to the concert stage will be treated to fresh takes on the Pop Royalty’s hit songs and two special guests with “Tala: The Film Concert,” which will air on SKY Pay-Per-View on March 27 (Saturday) at 8PM in high definition and commercial-free. 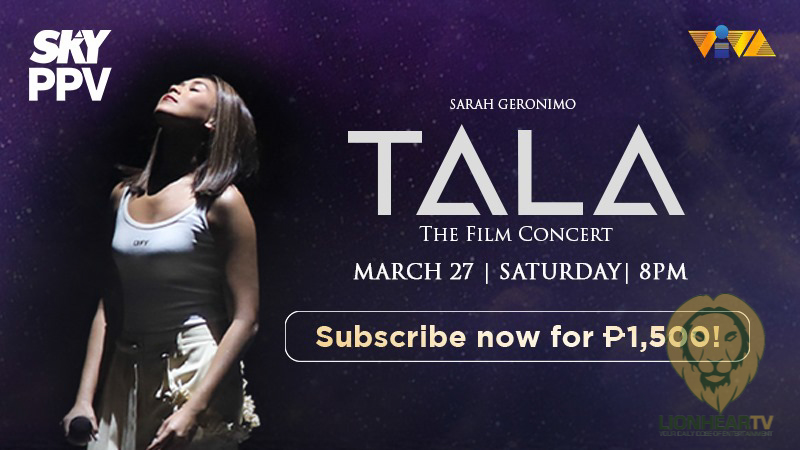 Under the musical direction of acclaimed maestro Louie Ocampo, the concert features new arrangements of “Kilometro,” “Ikot-ikot” and “Isa Pang Araw,” with Sarah singing live and accompanied by a live band.

Fans can also expect Sarah to have a new interpretation of Rico Blanco’s “Your Universe.”

Shot on stage at the Araneta Coliseum, Sarah’s first film concert will follow a narrative style, as inspired by film concerts of other global artists.