Kapamilya host Kim Atienza gave his support to Kakai Bautista after the news broke about the demand letter released by the camp of Thai actor Mario Maurer against the comedienne.

Maurer’s management Kwaonhar Nine Nine Co., Ltd., recently demanded Bautista to refrain from using their talent’s name and making any direct or indirect references to him. 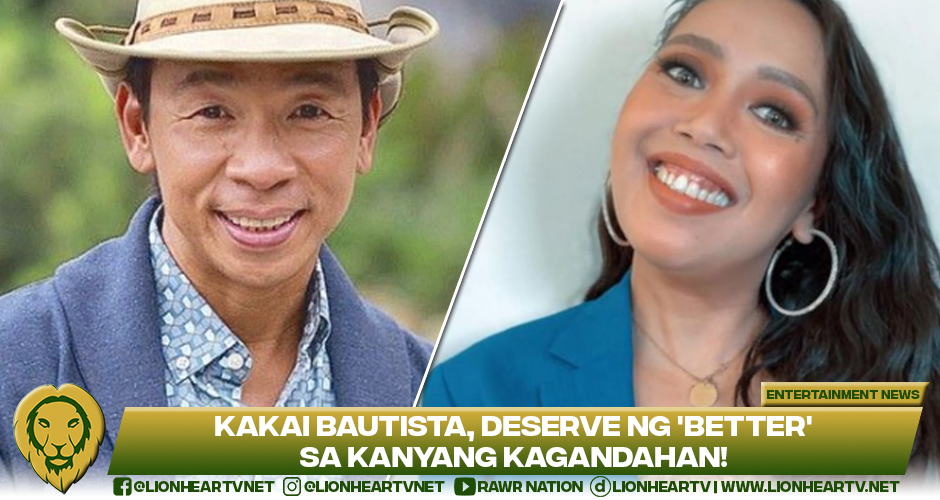 In a letter sent to Bautista’s agency on March 22, the Thai actor’s camp accused the comedienne-singer of using Maurer’s name in an “unauthorized” way.

“We have been informed of unauthorized use of Mario Maurer’s name by several events, and it has come to our attention that your talent, Catherine ‘Kakai’ Bautista is the person who continues to use the name of Mario Maurer to attach to herself without consent or knowledge,” the letter said.

Maurer’s camp also denied everything regarding Bautista’s closeness with the Thai actor.

“Upon consultation with our client, we would like to confirm that all statements and claims made by Catherine ‘Kakai’ Bautista regarding her claims of proximity to Mario Maurer are hereby DENIED as false and untrue,” parts of the letter read.

In the latter part of the demand letter, Maurer’s camp mentioned, should Bautista continue to use the actor’s name, “Kwaonhar and its staff will have no other alternative but to pursue (without any further notice to you) formal claims against your talent to protect his rights to the broadest extent.”

As of this writing, the singer-actress has not yet released any formal statement regarding the matter.

Despite Bautista’s silence, many have expressed their support for the First Yaya actress. One of them was reporter-athlete Kim Atienza.

After reading an article about the issue, Atienza supported Bautista, saying she deserved to be linked with someone more worthy of her and her talent.

“In other news, Hayaan mo @kakaibautista you deserve to be linked to someone more deserving of you and your talent. Kainis,” he wrote.

Kim and Kakai both became stage actors before they entered television.

Meanwhile, the Dental Diva seemed to take the issue with a positive vibe and remain unaffected.

She also wrote the hashtags #dentaldiva, #Kapit, and #kakaiAdbentyurs within her post.

She then shared another beach photo the next day, this time in a yellow one-piece swimsuit, showcasing her sexy back. In her caption, Kakai seemed to remain grateful despite the controversy surrounding her and the Thai actor.

“BRB. Too busy loving myself. Too busy being grateful,” she wrote.

On March 25, Kakai posted a bikini photo of her riding a wooden horse with a caption, “Remind lang kita kung sino ka mang makakabasa nito: You are beautiful. In all shape, size and color.”

Kakai is currently at a beach resort with the entire cast of GMA Network’s primetime series First Yaya for their lock-in taping.