Mark Anthony Fernandez has cleared the issue about his alleged drug addiction.

Following his controversial jumping in line for COVID-19 inoculation, Mark’s name is again at the center of controversy with people re-floating the issue about his alleged drug addiction. 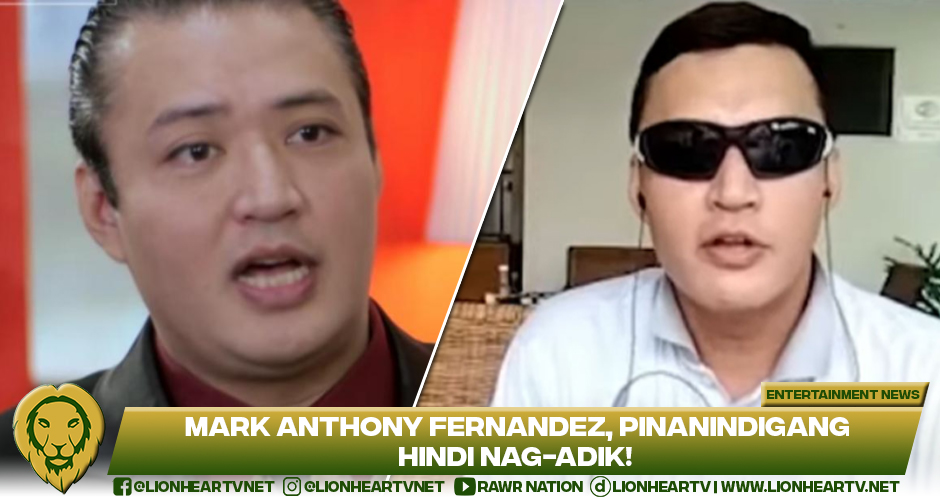 Mark who shuns talking about his COVID-19 vaccination instead addressed people who keep on calling him a drug addict.

In an article by PEP, Mark talked more about the drug issue that keeps hounding him for decades.

According to Mark, people often make a joke about his drug addiction but he insisted that he never became a drug addict.

Mark said that what happed back then was a “juvenile case,” a rebellious and experimental phase brought about by family problems.

Mark also shared about his 2016 case where he was caught in possession of marijuana. But the actor-politician defended that it was medical marijuana.

Fernandez was arrested in October 2016 after he was caught carrying around 1 kilo of marijuana.

Meanwhile, Mark is currently promoting the movie Biyernes Santo where he played Angel Michael who’s mission is to save people from the anti-Christ.

Directed by Pedring Lopez the movie focused on the horrors and mysteries that happened during holy week. It follows the story of former Senator Roy Asuncion played by Gardo Versoza who brings his daughter Aurora played by Via Ortega to a rest house in a distant province after being traumatized from the death of her mother through a supernatural attack.

Roy will then asked the help of Grace a spiritual healer played by Ella Cruz to protect his daughter. However, personal differences between Roy and Grace will play a great part in their fight against the evil spirits.