March 31st, 2021 – Singapore – On the forthcoming album ‘A Tenuous Tale of Her’, Poté (aka Sylvern Mathurin) marks the debut album release for Bonobo’s OUTLIER imprint. A record that’s tough, tender and grand all at once, the connections he’s built along the way speaks to the variety of his influences: with connections from Lisbon’s kuduro-fused Enchufada label, to Benji B and Damon Albarn (who features on single “Young Lies”), he’s built a sound that’s packed with ideas and musical touchstones alike. 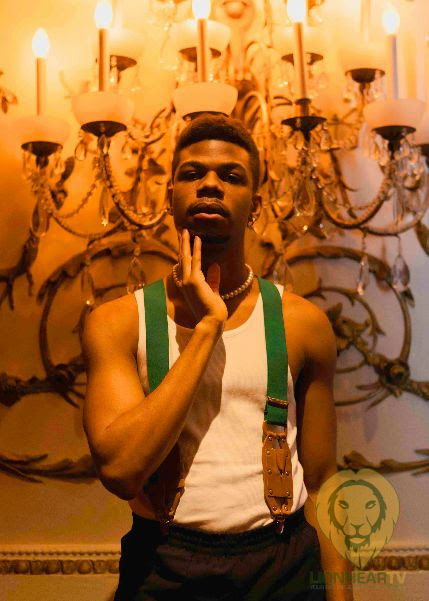 Poté’s music has always balanced contrasting impulses. On the one hand, there’s the rhythmic, celebratory music of his Caribbean upbringing, and on the other, there’s his interest in exploratory, emotive songwriting. On this record, he takes that approach in a bolder direction: immersive and atmospheric, it’s a platform for those two sides of his music to strike a fresh dialogue.

Channelled through an imagined theatrical performance with a pre-apocalyptic setting, Poté raises the curtain on a more vulnerable, open side to his music. A storyline of looming disaster runs through many of the tracks: he imagined how different people would react to the news of impending apocalyptic breakdown. It’s a way of upping his musical ambition and taking a step out of the limelight. “I wanted to write something that can live on stage without me being present,” he says.

Damon Albarn features on “Young Lies”, a collaboration that came about through Gorillaz’ producer Remi Kabaka Jr. “I love it when tunes evolve like this one”, Albarn said of the track.

Elsewhere, he steps into centre stage himself. A case in point is “Open Up”, where he reflects on anxiety and isolation. Underscored by a loose, melodic rhythm, he repeats a refrain directed at himself: “Why won’t you open up, open up?” He had spent time reflecting on his own anxieties and mental health issues, and this track is about probing that introspection and his difficulties in reaching out for support.

Musically, ‘A Tenuous Tale of Her’ builds on the foundation that Poté laid with ‘Spiral, My Love’, which saw him explore beyond his earlier, club-focused productions, fleshing out the gentler sides to his music. Collaborating with Kojey Radical, Chelou and Alxndr London, he became bolder in using his own vocals, and put greater emphasis on writing melodies. “I think it’s just working with other people, and people who actually write songs, and not just producers – that really shaped my ear for melodies and writing,” he says.

His growth as a performer has also shaped how he wrote this record. As he released ‘Spiral, My Love’ in 2018, he was invited by Bonobo to support him on his European tour. Playing live for the first time in front of thousands-strong crowds, from Spain to the Czech Republic, gave him the confidence to take a further step from music aimed solely at dancefloors. “It made me realise this could actually work,” he says.

Now based in Paris, he moved there in 2019, a change that has opened up his perspectives. “It really shakes your reality up,” he says, having made the move during the time he was working on his latest album. Giving him a newer sense of freedom – from the way he dresses to his sense of self – it’s gone hand in hand with growing as an artist and taking more risks.

Setting out his ambition to bring together those two sides to his music – the tough, rhythmic foundation, and the outlet for his raw emotions – more dramatically than before, it’s the latest chapter in his journey to find newer and bolder ways to express himself. On this record, more than any project he’s released so far, Poté undoubtedly opens up – both in his sound and in the parts of himself that he reveals.

Pre-save ‘A Tenuous Tale of Her’ and listen to “Young Lies (Feat. Damon Albarn)” here:
pote.lnk.to/attoh