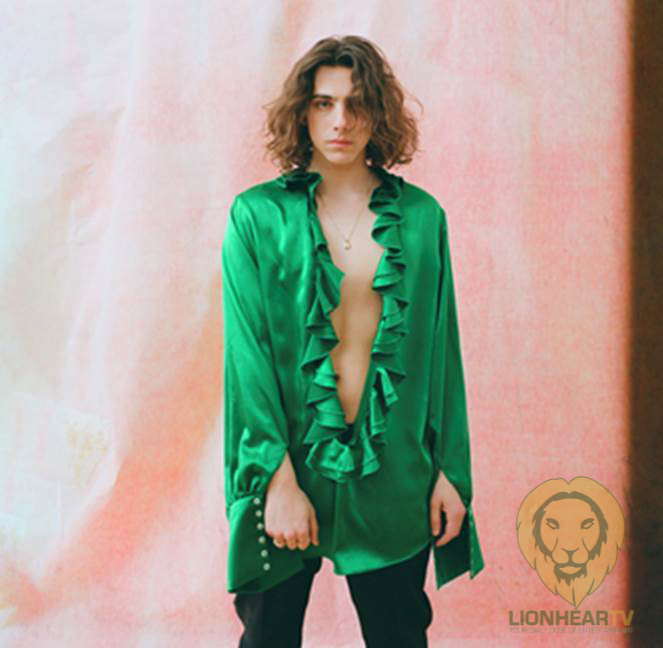 Alongside the project’s arrival, he premiered the music video for the song “Speechless” earlier today. Watch it HERE. The clip is directed by Audrey Ellis Fox (Rina Sawayama, My Chemical Romance) and co-stars Maddie Ziegler. It unveils a show-stopping choreographed interpretation of the meditative ballad’s sparse sonics and soulful lyrics. Released late last year, the song itself has earned acclaim, with Wonderland Magazine fittingly describing it as “dreamy.” Says Eddie, “the story is about an important moment in a relationship where you feel like you’re nearing the breaking point and how we sometimes go to crazy measures to show and prove our love.”

Elsewhere on the EP, he gets funky for the disruptively addicting title track “Emotional.” Strutting along on a wild wah-drenched riff, it culminates on the instantly catchy chant, “You’re making me emotional, and I don’t get emotional.” Then, there’s “Diamond Eyes” with Sia. Together, their voices entwine in a fascinating and fiery call-and-response as the hook glows brightly. Additionally, he puts his own spin on the Amy Winehouse classic “Back To Black.” Just last week, Eddierevealed an intimate live performance video of the cover, recorded in New York. Sitting alone at piano solo in the accompanying performance, his dynamic and enthralling vocals take center stage. Watch it HERE.

With each release, Eddie Benjamin continues to leave a mark and receive critical praise for his spellbinding take on pop. In February, he revealed his first ever official music video for the stand-alone single “Running Away From Home” which Paper Magazine exclaimed was Eddie “fully coming into his own.” Watch that video HERE. Kicking off the year, People named him among “The Talented Emerging Artists Making Their Mark on the Musical Landscape in 2021” and raved, “This artist will leave you ‘Speechless’.” He graced the winter 2020-2021 cover of Wonderland. Magazine who wrote, “His first few tracks have already demonstrated his range, both sonically and lyrically, as an artist.” Meanwhile, Flaunt Magazine called him “Your favorite artist’s favorite artist.” It’s not hard to see why.