New York, NY – Croatian duo Luka Šulić and Hauser of 2CELLOS have reunited to celebrate their 10th anniversary with a fiery cover of one of Bon Jovi’s most notable tracks, “Livin’ on a Prayer,” along with an accompanying video showcasing their imitable playing style.

Marking the first release for the pair in two years, this rendition, available today via Sony Music Masterworks, delivers all of the 2CELLOS’ hallmarks that fans have been longing for – an emotionally-driven and transcendent performance. 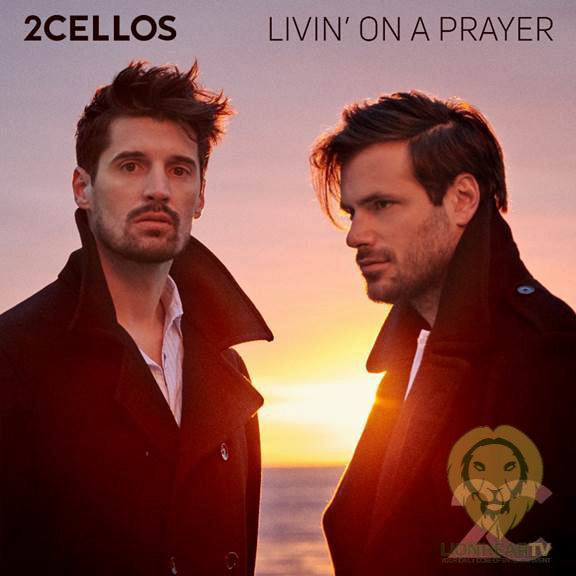 “It has a mystical intro, which sounds really great on the cello,” said 2CELLOS of the track. “The rest was a bit challenging to recreate interestingly, but it’s going to work so well during our live shows one day, especially towards the end of the set. We know everyone will be singing along.”

2CELLOS is the eclectic, international sensation comprised of two classically trained cellists who reached video viral fame on YouTube from their 2011 rendition of Michael Jackson’s “Smooth Criminal.” The pair, Luka Šulić and Hauser, have since created a name for themselves with their electric and dynamic playing style. Together, 2CELLOS have amassed a staggering 1.3 billion YouTube views, 5.5 million YouTube subscribers, 1 billion streams, and have sold nearly 1 million tickets. 2CELLOS have taken the cello to unimagined heights as their signature style breaks down the boundaries between genres of music, from classical and film music, to pop and rock. Known for their electric live performances, 2CELLOS have sold out shows across the globe at historic venues including New York City’s Radio City Music Hall, London’s Royal Albert Hall and the Sydney Opera House. The duo has performed alongside musical greats Steven Tyler, Andrea Bocelli, Red Hot Chili Peppers, Queens of the Stone Age and George Michael, to name a few, and was hand-picked by Sir Elton John to perform both as an opener as well as part of the iconic singer’s live band. 2CELLOS are celebrating their 10th anniversary this year, and are working hard to continue reaching new stratospheres.