It seems ABS-CBN’s partnership with TV5 and A2Z started to bear fruits.

With the recent collaboration between the Kapatid and Kapamilya network, ABS-CBN shows particularly the primetime bida teleseryes are slowly but surely gaining traction and climbing on the weekday rating board. 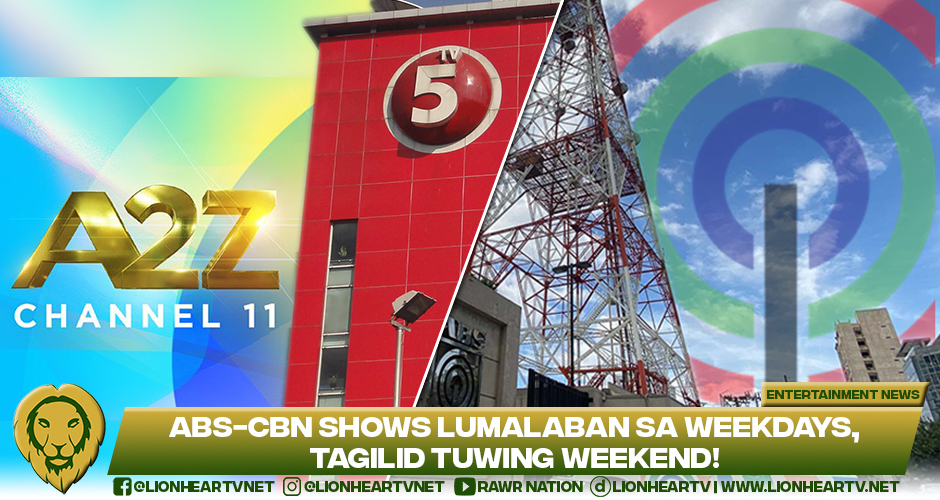 FPJ’s Ang Probinsyano which previously ranks in the 10th-11th position has moved up to the 6th-8th rank. Based on the latest numbers from AGB Nielsen NUTAM survey on Friday, March 26, the Coco Martin-led action-drama teleserye scored 9.2% rating placing it in the number 6 spot.

Since then HKM’s rating continues to rise while its rival Kapuso program moves downward.

On Thursday, March 25 HKM rose again by 0.1 points to 8.3% while I Can See You went downwards at 14.4%, slashing 0.7 percentage points from its previous rating.

However, while Kapamilya shows are getting on the rating game during weekdays, their weekend programming still struggles.

Based on Saturday, March 27 rating data from AGB Nielsen, only Your Face Sounds Familiar and Maalaala Mo Kaya entered the top 20. The two however still failed to enter the top 10 rankings as it settled in 13th and 14th position respectively.

ABS-CBN weekend programs have yet to be simulcast on TV5 as it currently being broadcasted only via Kapamilya Channel and A2Z Channel 11.