The Law of Attraction allows for infinite possibilities, infinite abundance, and infinite joy. It knows no order of difficulty, and it can change one’s life in every way if one will let it. 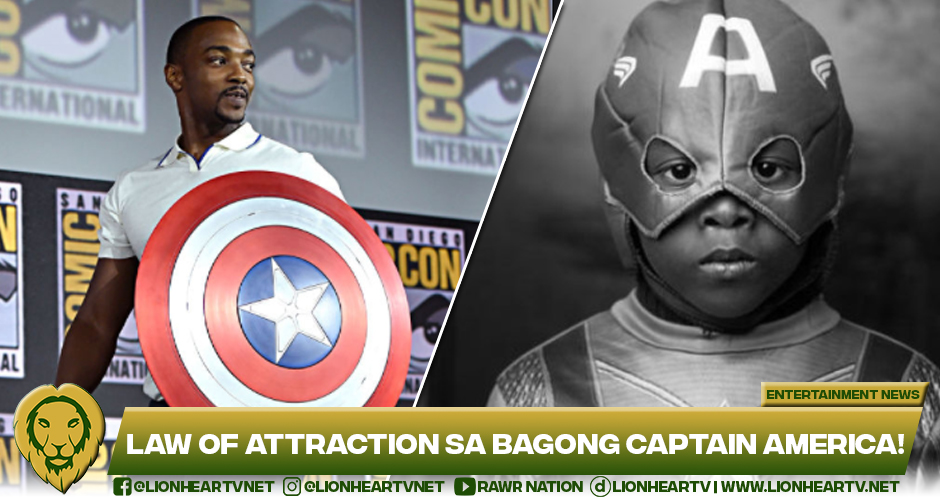 Many celebrities are manifesting their thoughts through twitter and one of the American regular actors of Disney+ Marvel Cinematic Universe–Anthony Mackie tweeted his photo wearing Captain America’s costume when he was a kid, on June 18, 2014.

Mackies’ manifestation to play the role of Captain America has finally come true.

Disney+ has officially launched a new poster for its hit Marvel show The Falcon and The Winter Soldier, which shows Mackie as the new Captain America.

This is the second individual poster of him for the show as his first one was when he played the role of Sam Wilson a.k.a Falcon.

The six-part series was wrapped up last week. It gave Mackie’s Sam Willson the opportunity to take the mantle from Christ Evans.

To recall, at the end of the movie Avengers Endgame, Evans, portraying the role of Steve Rogers, handed over his shield to Mackie’s Sam Wilson. The series then talked about what it meant to be a Black Captain America.

The design of Mackie’s suit is inspired by MCU Comics.

The poster shows Mackie wearing a white suit with his new high-tech wings built by the Wakandans. His suit has a touch of blue and white fabrics for the stars, one on his chest and one on his right arm. To complement the design of his suit, there are red accent lines on his torso.

The new poster reveals the news of Captain America 4 in MCU and has yet to be officially confirmed by either Marvel Studios or Disney.

No names have been attached to the upcoming project.

All six episodes of The Falcon and The Winter Soldier, directed by Kari Skogland with Malcolm Spellman as the head writer, are now streaming on Disney+.