Directors Manny Palo and Darnel Villaflor recounted ABS-CBN’s against all odds journey during the pandemic and its shutdown.

In the media conference for the final week of Walang Hanggang Paalam, directors Palo and Villaflor reckoned the struggles they faced during the taping of the teleserye. 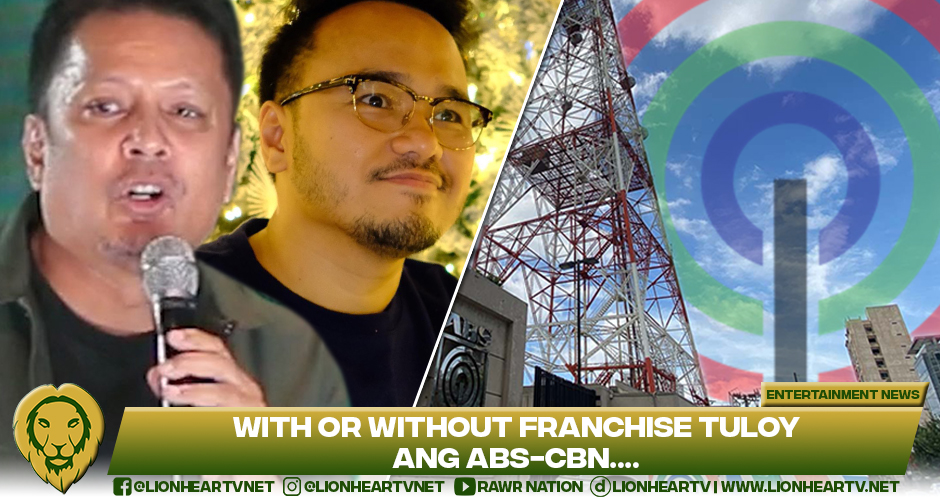 First, Villaflor shared the almost 50-day locked-in filming they had to go through to finish the teleserye.

“Almost 50 days, to be exact. Siguro for the staff for the actors, dalawang set of tapings. Dalawang bubble set.

Then, Director Palo recounted the heartbreaking moment when the news that Congress denied ABS-CBN’s franchise renewal on July 10, 2020.

He highlighted that they were taping an action sequence between Paolo Avelino and Jake Cuenca’s character, with the Congress’ decision in the back of their minds.

“If you are going to ask me the most memorable taping day sa buong series, that would be July 10, 2020. That was a Friday shino-shoot namin dun yung napakahirap na, napakahabang action sequence between Paolo and Jake Cuenca dun sa Subic Yacht club. Ito yung naroon pa yung bata sa yate.

“And then at the back of our minds, iniisip namin the same day dedesisyunan ng kongreso kung ano ang mangyayari sa ABS-CBN franchise,” said Palo.

Then, Palo admitted he got emotional when the news broke that Congress denied ABS-CBN’s franchise, alongside the cast who went quiet. He recalled that the actors huddled among themselves and started pouring out their emotions.

“And then, I think around 4 o’clock in the afternoon when natapos yung botohan. And we hear that the franchise will not be/ renewed. Lahat kami, tumahimik lahat. Ako lumayo ako sa malayo kasi nasa yacht club ako di ko mapigilang umiyak. Then we started crying, and our actors nagkanya-kanyang pwesto nag-iyakan,” Palo admitted.

Despite the emotions they felt, the cast and crew got back to taping the sequence.

“And then, sabi ko tapusin lang natin tong eksenang ito. Yung mahabang sequence na yun. And then, we all went inside the building. We were all so quiet and sad dun sa nangyari,” said Palo.

Palo also added that while taping, they felt anxious that the series they worked so hard for would end up in vain with the denial of ABS-CBN’s franchise and the pandemic.

He recalled calling the production to request to call it a day after completing the sequence so that the cast and crew could have time to process what happened with ABS-CBN.

Because of their emotional state, he recalled that the cast and crew sat down, had a drink, and talked things over to process the events that happened that day.

Then, Palo mentioned that the cast and crew completed the series against all odds with their hard work and God’s blessing.

Then, he thanked ABS-CBN, Dreamscape Entertainment, the staff and crew, the actors, and the creatives because they reached the series finale. Then, Palo said that with or without the franchise, and against all odds, ABS-CBN aims to deliver quality entertainment.

Now on its last week, Walang Hanggang Paalam aims to deliver a gripping conclusion for Emman (Paulo Avelino), Celine (Angelica Panganiban), Anton (Zanjoe Marudo), and Amelia (Cherry Pie Picache) character arcs. Catch the “Against All Odds” finale of the teleserye on Kapamilya Channel, A2Z, TV5, Kapamilya Online Live YouTube channel, ABS-CBN Entertainment Facebook page, and iWantTFC. For viewers outside of the Philippines, catch it on The Filipino Channel on cable and IPTV.