As the country memorialize the 500th anniversary of the Battle of Mactan, Presidential spokesperson Harry Roque said that President Rodrigo Duterte is his “modern-day Lapu-Lapu.” 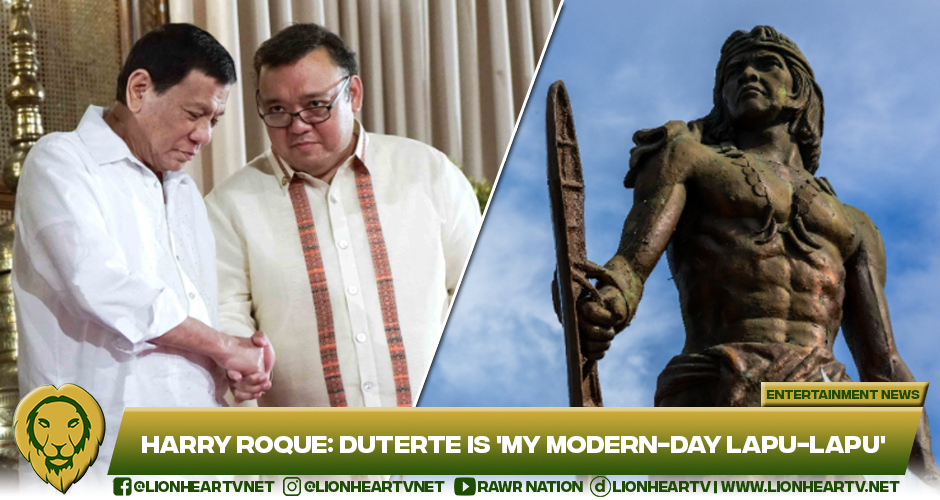 However, Roque’s comparison did not sit well with Netizens.

GRIEVOUS INSULT TO LAPU2! Why heap praise on PRRD when the occasion is to highlight Lapulapu’s heroism & bravery? So discomforting & inappropriate! If SPOX has nothing else to say, then no sense in saying anything! More of a lapdog,patronizing his Master regardless of anything! https://t.co/j3uZfBFN37

Writer-actor Juan Miguel Severo quipped that Duterte is a catfish, not a Lapu-Lapu (grouper), a type of fish.

@easy_jonathan threw shade by his imagery of a ‘modern-day Lapulapu.’

Deboned, too. Spineless, in other words. pic.twitter.com/7G7ZYFhS17

Some of them noticed the irony of comparing Duterte to Lapu-Lapu.

Ironically, your Lapu-Lapu can't even defend the West Philippine Sea 🤡

@ViktorvonGerden said that to compare Lapu-Lapu to Duterte, who tolerated Chinese invaders–is an insult to the Mactan leader.

Lapu-Lapu is recognized for driving away the Spaniards led by Magellan.

Duterte is recognized for tolerating Chinese incursion and kowtowing to his "best-friend" Xi.

Roque comparing Duterte to Lapu-Lapu can be taken as an insult to the hero's memory.

While Lapu-Lapu fought for our sovereignty against Spanish oppressors, Duterte is giving away our territories to the Chinese invaders.

Naku, Harrieta. Lapulapu fiercely fought against colonization of the PH by foreigners while your poon gave away our seas & reefs to China. pic.twitter.com/SN3G5KMiA5

They also noted the bravery of Lapu-Lapu, while Duterte has no guts to fight for our territories.

Read up Roque. Review you history. Lapu-Lapu, despite having limited and sophisticated weapons, fought for Mactan.

That's not the character trait of Lapu-Lapu. Big NO.