Pauleen Luna reacted to a Netizen’s comment, claiming that she had a miscarriage.

On her Instagram page, the 32-year-old wife of Eat Bulaga mainstay’s Vic Sotto, recently posted a photograph of herself while in her workout clothes. 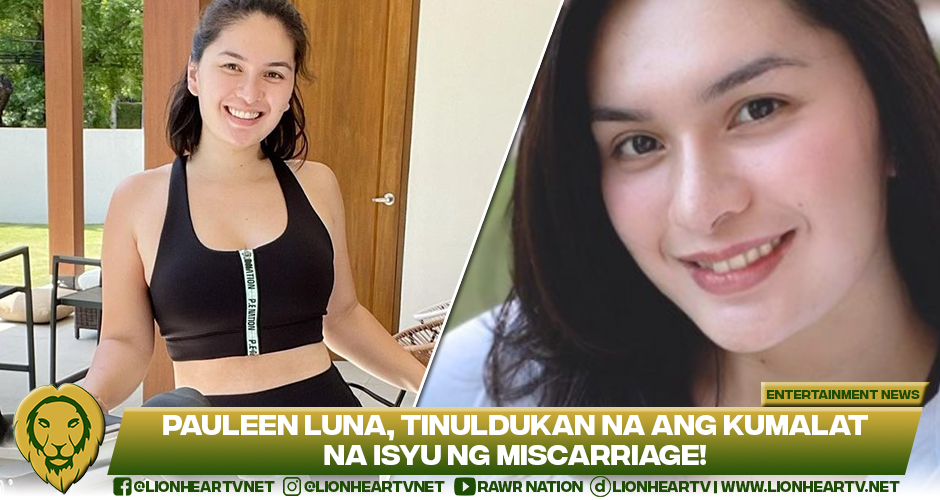 Luna, who recently opened up about how she’s been dealing with Polycystic Ovary Syndrome (PCOS), gave her followers the latest update on her fitness journey.

“Having @electricstudio.cycling at home has been life-changing for me! From someone who hated working out, to eventually liking pilates but still hated cardio, I must say, I’ve had a change of heart,” she wrote in the caption.

She explained that having PCOS and Insulin Resistance pushes her to work twice as hard as a woman without these hormonal issues.

She went on to say that doing some pilates a few years ago wasn’t enough for someone with her condition. So, despite admitting that she hated cardio, she considered doing spinning, which gradually became a thing she wanted to do daily.

“Last January, I told myself that I need to take care for my body more. Living with PCOS and Insulin Resistance makes losing weight, managing my hormones and managing my skin, make me work double time than a woman with no hormonal problems. I need to change my diet and I needed to MOVE! I started with pilates a few years ago but it wasn’t enough for someone with my condition. Like what I said earlier, cardio is UGH for me but spinning, gosh, made me want it! Want it everyday!” she said.

Pauleen expressed appreciation to those who assisted her in achieving “small victories” in her fitness journey.

“Big thanks to Electric Studio for helping me win small victories! For pushing me to do more! And most especially for having super fun classes that makes me want to workout more! Cheers to small victories! And may we have a healthier, happier and stronger year,” she concluded.

Her post gained reactions from some of her celebrity friends and Netizens but a remark from Instagram user @milesaway2326 caught her attention.

The Netizen did not specifically mention Pauleen in the comment but appeared to take a swipe at her, saying that a woman who has had a miscarriage may be unable to conceive again.

Pauleen then refuted the Netizen’s claim of a miscarriage and advised not to believe in ‘fake news.’

Pauleen has finally addressed the rumors about her miscarriage that have surrounded her since her younger years.

Recently, she has been the subject of online rumors following claims that she had a twin miscarriage. The reports came after Netizens speculated that Pauleen is pregnant with her second child.

The Kapuso host, however, denied the pregnancy rumors in an Instagram post, by posting snaps of her firstborn, Talitha Maria.

Pauleen is happily married to Vic Sotto, 66, and the couple recently celebrated their fifth wedding anniversary on January 30 but have been together since 2011.

They have an adorable daughter, Tali, who will turn four years old on November 6.