On Tuesday, April 27, Malacañang recently imposed a travel ban from India despite Department of Health (DOH) Secretary Francisco Duque III’s ‘not worried’ about the Philippines reaching one million Covid-19 cases. 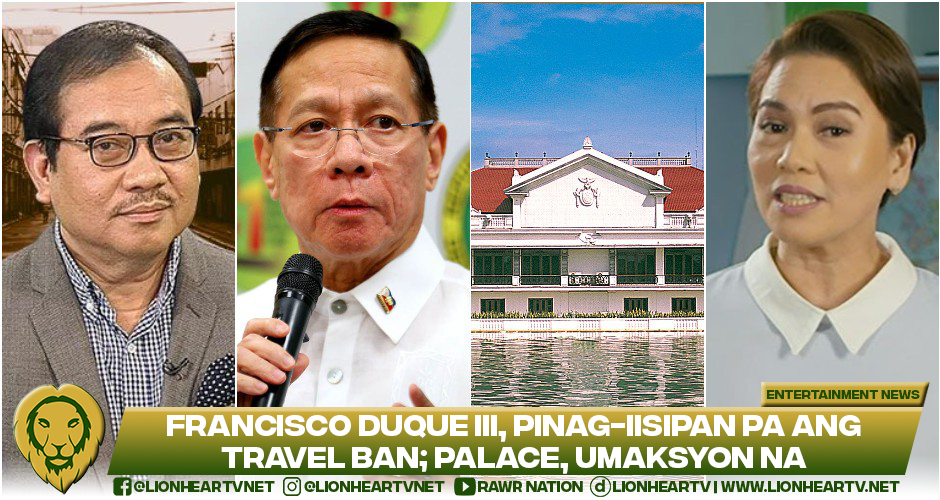 Before the Palace released its statement regarding the ban, Duque said, no imposed travel ban since Duterte’s initiative is to allow all returning OFWs to return to the Philippines.

“The Philippine Genome Center has not reported to the IATF (Inter-Agency Task Force for the Management of Emerging Infectious Diseases) whether this has evolved to become a variant of concern (VOC). This is still considered a variant under investigation,” Duque told CNN Philippines.

“We’ll take this up in the IATF [meeting] — the matter of returning OFWs who might be coming from India… There’s no [ban] on our OFWs because the policy on returning OFWs upon the directive of the President, they must be allowed to travel back home.”

But hours after his statement, President Rodrigo Duterte, through Presidential Spokesperson Harry Roque accepted the recommendation of the IATF to ban all inbound flights from India, which will start from April 29 and will end on May 14.

With Malacañang taking it to themselves to announce the ban before the DOH, several personalities and Netizens lauded the government for announcing such a restriction while taking a jab at the Health Secretary.

DZBB Super Radyo host Rowena Salvacion expressed a sigh of relief with the recent announcement from the Government.

Journalist Kristofer Purnell took a swipe at Duque for claiming that the Indian variant of Covid-19 was not yet “of concern.”

Purnell also expressed his opinion regarding the travel ban in which he is sure that it would extend for more than 14 days.

Now they're putting a travel ban of 14 days (also likely they'll keep extending it because what is 14 days really) https://t.co/lEdzgqFOdv

A Netizen commended the Government’s decision instead of waiting for the new variant to enter the country before imposing such a ban.

Meanwhile, a Netizen “believed” Duque’s earlier statement and now demands an explanation as to why Duterte signed the recommendation of the IATF to bar flights from India.

What's the reason? I thought as per DOH Secretary it is not yet considered as 'a variant of concern'. Hmmmmm… 🤔🧐 @jamalxjunior

Another Netizen pointed out that this recommendation from the IATF was due to the public’s outcry to impose a travel ban.

But with the imposition of the travel ban, which will be on the 29th of April. Several Netizens questioned why that specific date when it could be deemed “effective immediately”.

Twitter personality Karen Claridad concluded that the reason why the effectivity of the travel ban is on the 29th of April is that the new variant probably is in the country already.

In the meantime, Roque further announced that those already on their way before the effectivity of the travel ban will not be included in the restriction. However, they will be subjected to a facility-based quarantine even if they tested negative with their PCR tests.