After years of playing younger versions of lead characters in many Kapamilya shows, Mariano graces the spotlight as she finally takes on leading roles, marking the beginning of her further ascent as a television and movie star. 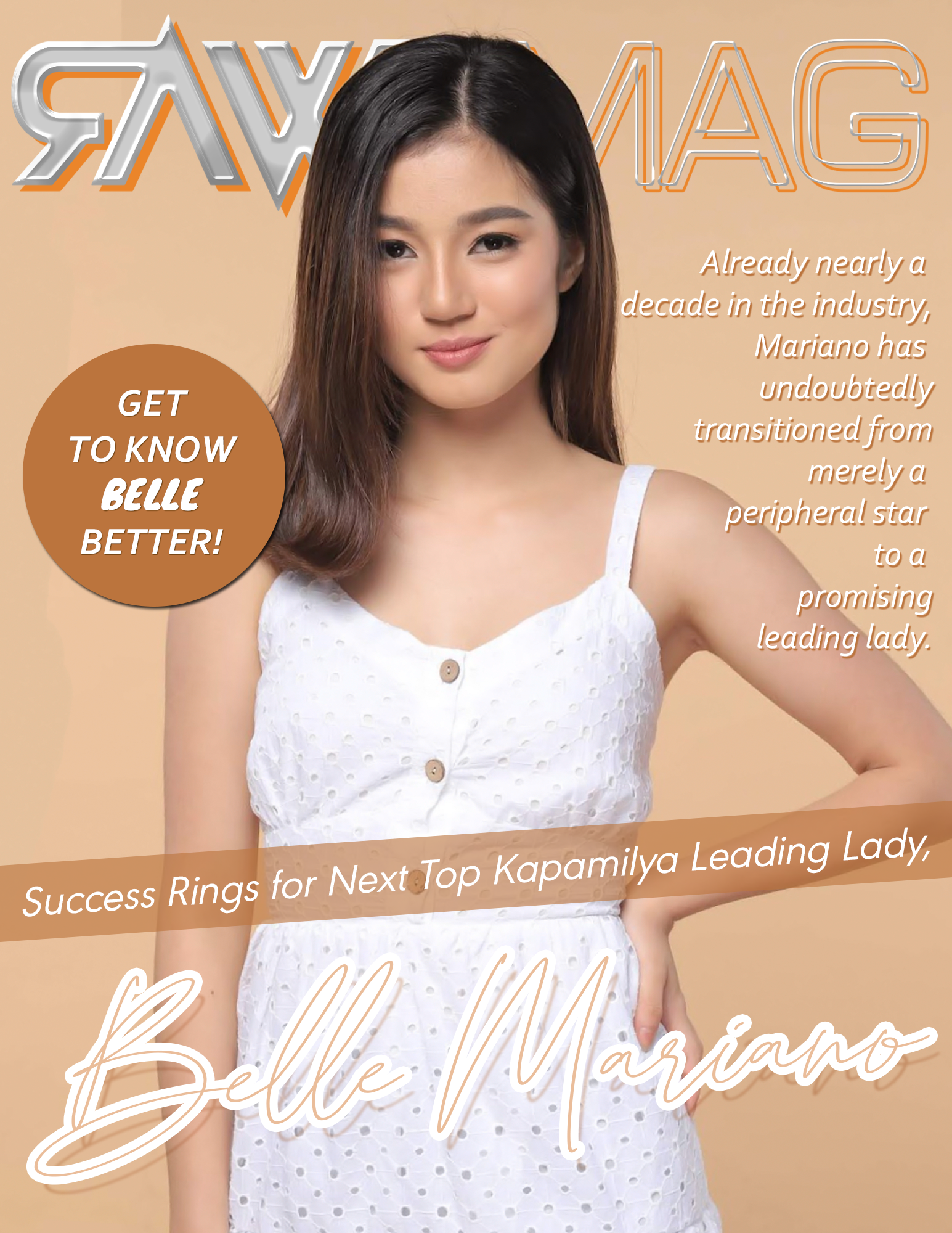 Already nearly a decade in the industry, Mariano has undoubtedly transitioned from merely a peripheral star to a promising leading lady. Among her contemporaries, she is a force to be reckoned with, whose upcoming ambitious projects have been making many fans anticipating. In 2021, she will star on one of her home network’s biggest web and television series. She is also set to headline one of Star Cinema’s most anticipated films with on-screen partner, Donny Pangilinan. It’s practically impossible now to miss the signs that suggest her inevitable meteoric surge.

Born Belinda Angelito Mariano on June 10, 2002, Mariano has been playing roles on television, since she was 9. Among her most memorable tv stints include, the kiddie gag show, Goin’ Bulilit, and primetime dramas, Princess and I (2012), Muling Buksan ang Puso (2013), Maria Mercedes (2013), Juan de la Cruz (2013), Nathaniel (2015), You’re My Home (2015), and On the Wings of Love (2015), where she played as young versions of major characters. It was in the 2012 primetime series, Lorenzo’s Time—which starred then-child star, Zajian Jaranilla as the title role—where Mariano, arguably generated much attention, hence the streak of appearances she made on various ABS-CBN shows. In 2014, she appeared on the primetime drama, Hawak Kamay, which starred Piolo Pascual, Iza Calzado, and some of the network’s fast-rising child stars.

In between those small and big roles, Mariano made appearances in no less than ten Maalala Mo Kaya episodes, each showcasing her’ unmissable artistic brilliance and her overwhelming potential as a promising dramatic actress. In movies, she made her small moments shine in Can’t Help Falling in Love (2017), Love You to the Stars and Back (2017),  and James Pat and Dave (2020). In 2020, Mariano appeared in her first starring film, Four Sisters Before A Wedding, which she co-starred with three of ABS-CBN’s other up-and-coming female young stars.

In 2021, as her home network reclaims what it lost in the wake of losing its franchise, Mariano faces an exciting phase of her career, as she takes on two of the most anticipated roles set to capture Kapamilya viewers, in 2021. Sometime this year, her onscreen partnership with Donny Pangilinan will go to the next level as they both star in their first film, which is to be helmed by the phenomenal box-office director, Cathy Garcia-Molina. Set to be one of the biggest films, that film production giant, Star Cinema, will release in 2021, the film is expected to introduce DonBelle—Mariano and Pangilinan’s love team—to a wider audience, aside from the massive fanbase they have so far built, even before their team-ups official launch.

DonBelle’s relentless surge to fame is also set to be bolstered by the iWantTFC series, He’s Into Her, which is based on the massive web novel hit, that fans have been expecting years before its small-screen adaptation.

In March 2021, DonBelle was predicted by the entire RAWR Nation as the year’s love team to beat, leading LionhearTV’s maiden RAWR Pulse poll, which asked netizens who among the new love teams will dominate 2021. The team-ups overwhelming lead over more than twenty more other nominees in the poll seems to be a strong indication of DonBelle’s inevitable breakthrough this year, and it’s hard their eventual soaring won’t take place, without the brimming chemistry, Pangilinan and Mariano share. As for Mariano, her mix of elegant beauty and dramatic brilliance will be enough to propel her into becoming one of her generation’s biggest female young stars.

There is no doubt Mariano will continue to allure fans with her unmistakable charm and grace, and as anticipation for DonBelle’s He’s Into Her series, and their Cathy Garcia-Molina-directed film, continues to mount, and as their team-ups growing fanbase further expand in size, Mariano is perfectly poised to enter an exciting new phase in her almost decade-long career. With DonBelle, and subsequent new team-ups, she definitely will be the next top Kapamilya leading lady.