Premise: Singtestants try their best to impress Genie, and the jukebosses through three rounds of competitions by singing classic and new Karaoke anthems–all to get to the final round. 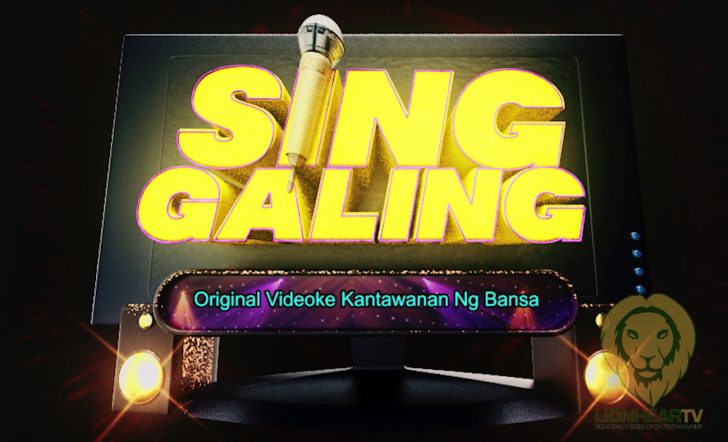 The return of the iconic “kantawanan” show is a mix of the old and the new, as it retains much of its original form while introducing new elements that contemporary viewers would surely love.

More than a decade after it completed its original run in 2006, Sing Galing returns on TV5. First hosted by comedians Ai-Ai de las Alas and Allan K, the original videoke singing contest on Philippine TV is now presented by OPM icons Randy Santiago, the singer-comedienne K Brosas, and the comedienne-variety host Donita Nose.

The 2021 revamped version invigorates the classic karaoke format of the original Sing Galing. Much of the excitement the returning show generates arguably comes from the nostalgic feeling it imparts, since not too many recent talent shows, have mimicked or took massive inspiration from this format. There are other singing contests, in other stations, of course, and while the contending acts are usually the main attraction of such shows, the spotlight shifts to the format, in Sing Galing’s case.

Perhaps, one thing lacking in this edition is the diversity of the judges and the lack of representation of the current hitmakers.

Former Tawag ng Tanghalan’s punong-hurado, Rey Valera sits as the head Sing Galing’s judging panel, alongside him are late 90’s and early 2000’s jukebox icon Jessa Zaragoza, and Ngiti-famed singer Ronnie Liang (who soared to fame, after finishing as one of the top finalists in the ABS-CBN singing talent search, Pinoy Dreaming Academy circa 2007).

For additional nostalgia, the show retains the iconic ‘Genie’, who claps his cymbals every time a contestant goes off-key. He is practically the Sing Galing equivalent of Tawag ng Tanghalan’s gong, which gets banged, for the same reason.

The show’s vivid and brightly lit set is a pleasing charm, and the hilarious random banters between the hosts and the jukebosses, as the judges are called, can be enough to elicit chuckles.

As for its gameplay, the show is comprised of three stages, the last of which pits two successful against each other to vie for the weekly winner’s title.

Donita Nose serves as the jukebox operator, while three social media influencers, intermittently provide decent production numbers, for reasons many may not be able to grasp.

Regardless of those “small” flaws, as this is a singing contest—which naturally attracts audiences—Sing Galing seems poised to garner faithful followers. Like many shows of this general format, the key to success–may still ultimately lie in the talent the show gets to showcase.

It will be interesting to see how the newly-groomed iconic show will keep the interest of its viewers.