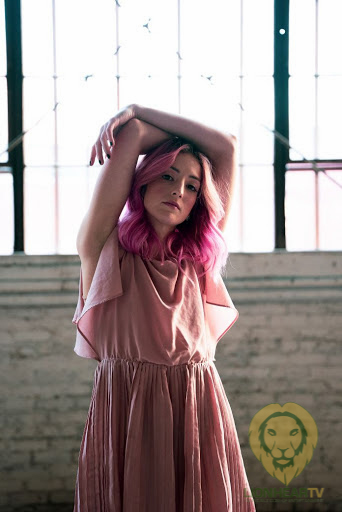 “I probably wrote one hundred songs about my first case of LA fuckboy gone wrong. This particular song was special though. I wrote it on the piano, sang it in one take, and that recording is what I’m releasing,” says sad alex. “I think any relationship affects your view of a city, and I had just moved to LA at the time so a lot of my first memories of moving were with him. I was so lost and betrayed, but you have to move on. C’est la vie.”

The release of “california queen” is accompanied by its striking music video. Harnessing her background as a classically trained dancer, the visual opens up to sad alex at a white piano in an empty room, slowly revealing her dance partner as they break out into an emotionally charged performance.

“The ‘california queen’ video was a return to a lot of old loves. It is an older song of mine that has gone through multiple different lives, ultimately landing on a version that I produced myself, which has been a new and exciting venture for me. It was also a return to my dance days, something that used to be a big part of my life until breaking my kneecap five years ago,” says sad alex of the video. “After a long healing process and a lot of growth in myself and my music, this is the first time I have been able to safely reintroduce dance back into my art. It was hella cathartic but also really challenging on my body and mind. I am really proud of how I pushed through and how the video turned out and am so excited to showcase dance more.”

A multi-faceted singer, songwriter, producer, artist, illustrator, and dancer, sad alex brings a signature sense of humour, humility, and honesty to each release, crafting songs about lust, love, hate, and every emotion in between. Lending her songwriting skills to artists such as Kelly Rowland, Jordin Sparks, and Billions star Condola Rashad, sad alex continues to hone her sound, channelling her personality into complex and relatable music.

In 2020, sad alex signed with Red Bull Records and debuted her first single, “all the way over,” which received New Music Friday placements on Spotify in more than 16 countries including Hong Kong, Indonesia, Malaysia, Philippines, Singapore, Taiwan, Thailand and Vietnam. Releasing singles including “stockholm’s a ghost town,” “hypotheticals,” and “sfs,” sad alex has received praise from outlets including Refinery29, Alternative Press, The Verge, Flaunt, Earmilk, and more, in addition to her single “new heartbreak” airing on the latest season of MTV’s Catfish. She recently teamed up with producer pluko and rapper Duckwrth on the single “High Hopes,” which serves as the official campaign soundtrack for Red Bull Discover Your Wiiings.