Not so long ago, Shanti Dope was given a spotlight in the international scene when his song ‘Amatz’ was featured in Marvel Studios’ The Falcon and The Winter Soldier, currently being aired on Disney+.

Today, Billboard’s World Digital Song Sales Chart announced on Twitter that this hit single ranked #10 alongside top singles from prominent KPop Artists, shy of 2 weeks from his stint with the popular series. 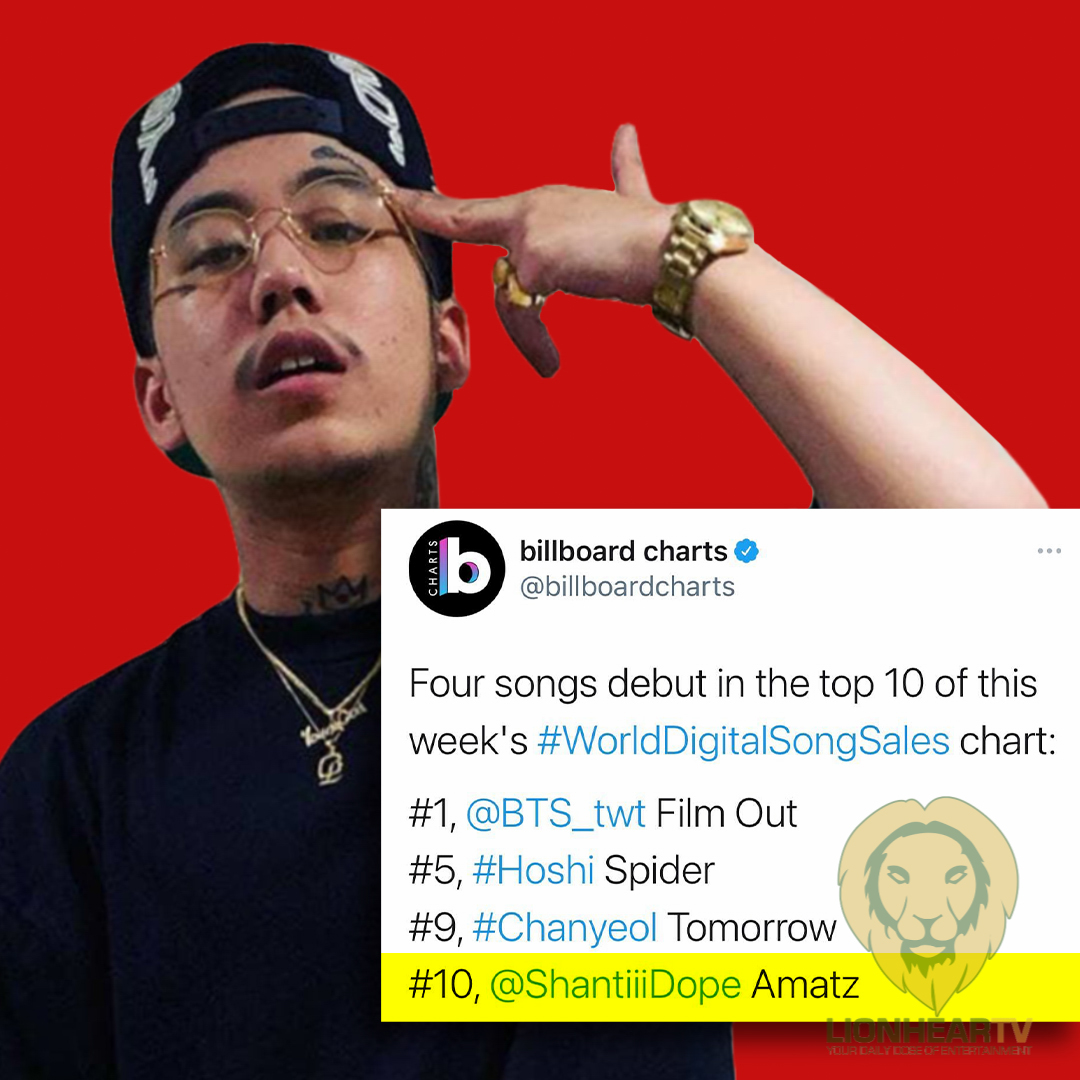 The Billboard Charts rank songs and albums in the United States and other parts of the globe based on their sales, streams, and airplay. Aside from Shanti Dope’s “Amatz”, the only Filipino hit single that made it to the Billboard Charts was “Tala” by Sarah Geronimo, ranking #12 back in 2020.

Written by Shanti Dope himself and Lester “DJ Klumcee” Vaño, “Amatz” has been making the headlines since its release in March 2019 under Universal Records. Shanti, a young local hiphop artist, continues to flourish with his international achievements since 2018 when he notably teamed up with American pop singer Sabrina Carpenter for the song “Almost Love.”