While most aspiring creators make use of various digital platforms to promote their channels, 52-year-old Gimmy Panis Conos, known online as Tatay Gimmy, touched the hearts of many after being spotted by a netizen giving free taho (soy pudding) to encourage people to subscribe to his channel after seeing the potential of YouTube to help in his daily and medical expenses. 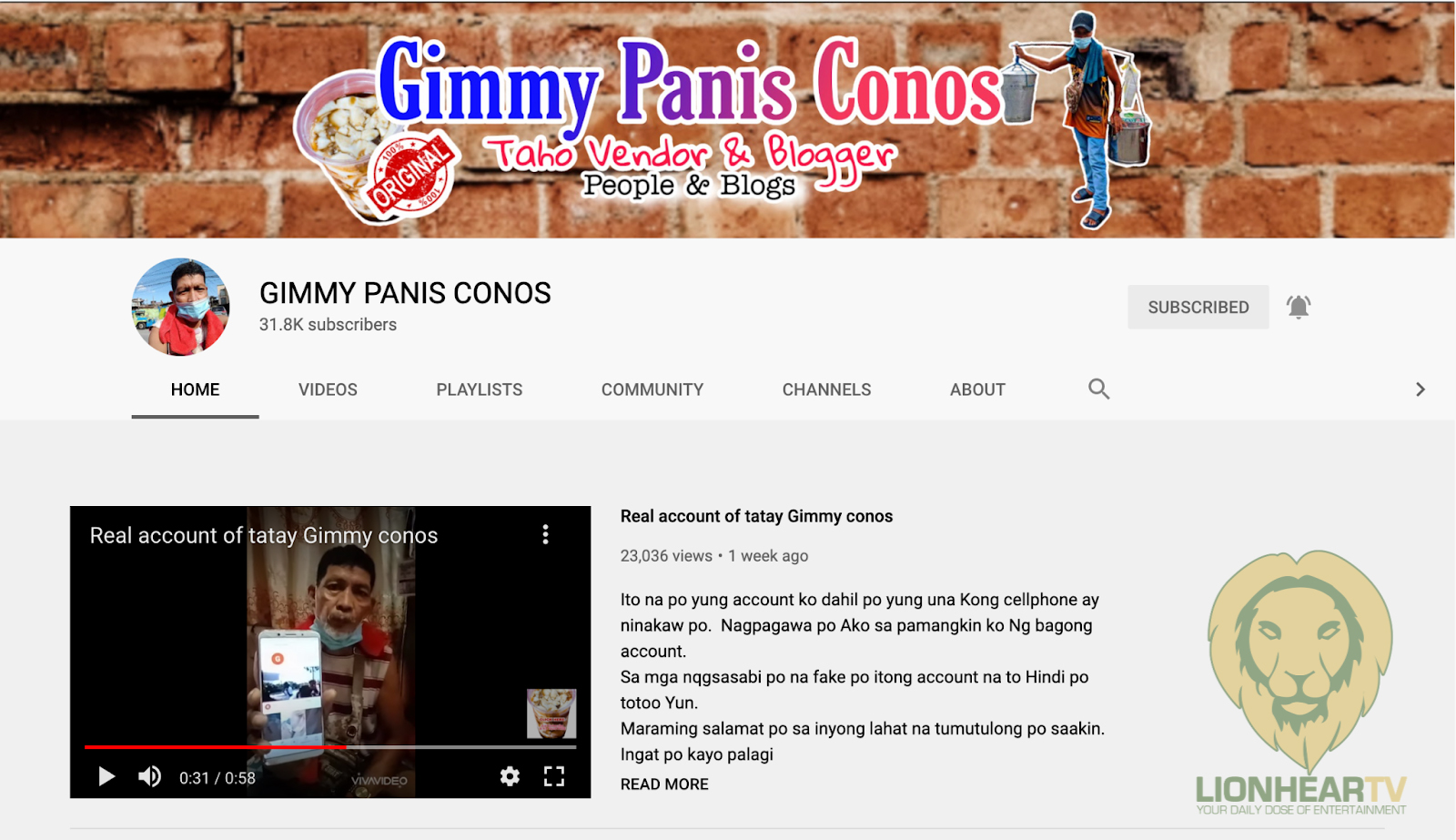 His story went viral after being re-shared by 20 year-old Mary Christine Amoguis, who was pleasantly surprised with how her simple act of reposting made a difference. Mary’s post built awareness to Tatay Gimmy’s channel which gained more than 280,000 subscribers.

However, shortly after the channel started to gain subscribers, Tatay Gimmy lost his mobile phone and he can no longer remember his channel login credentials. With the help of Mary, his new channel is now up and they are hoping netizens could once again come together to boost Tatay Gimmy’s subscriber count.

Tatay Gimmy moved from Tacloban City, Leyte to Manila to look for better employment opportunities. He worked in construction for five years while living alone since his family chose to stay in the province. When age and illness caught up with him, he started selling taho for a living despite having diabetes and rheumatism.

In 2019, Tatay Gimmy recovered from a mild stroke and eventually went back to the streets to continue selling taho. Even before having a YouTube channel and giving away free taho in exchange for subscribing to it, he has been giving them to street children before going home after a whole day of selling.

He shared, “Napansin ko na madami talaga ang apektado sa pandemic at kung paano makatulong. Kailangan ko na din makauwi para hindi maabutan ng curfew kaya pinamigay ko ng libre ang taho.” (“I noticed that there were so many people affected by the pandemic and thought about how to help. I also needed to go home before the curfew so I decided to give my taho for free.”) This happened when Metro Manila was under General Community Quarantine.

Tatay Gimmy gives away free taho in exchange for subscribing to his YouTube channel which he hopes to monetize for his daily needs and medical expenses for his diabetes and rheumatism. 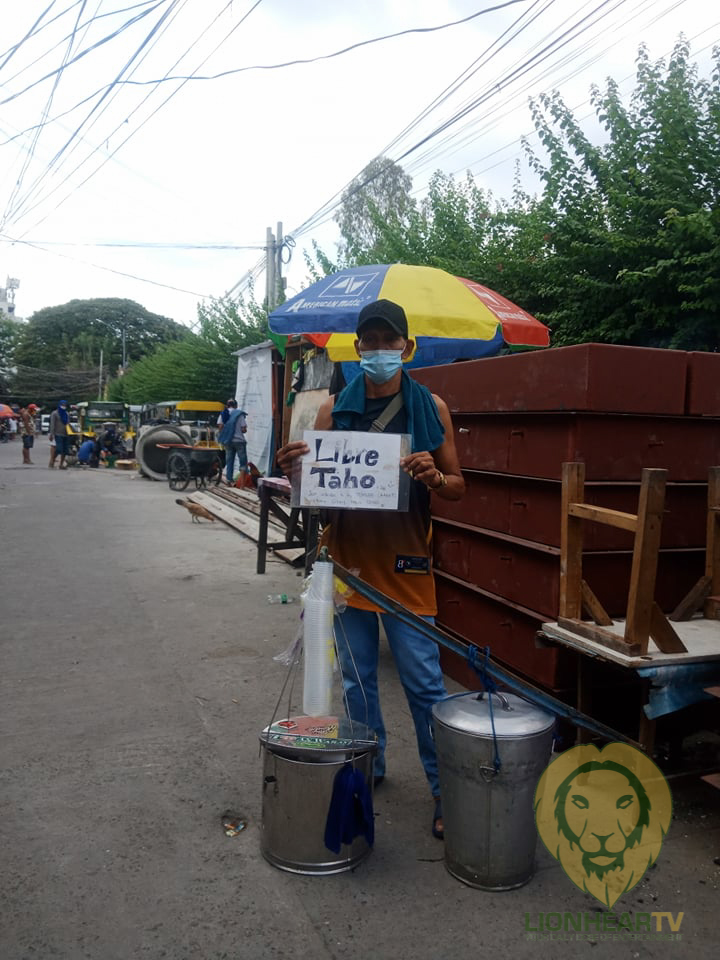 Moved by his gesture, one of his customers encouraged him to upload his video on YouTube to inspire others. With the help of his neighbors, Tatay Gimmy signed up to YouTube and uploaded his first video of himself sharing taho with kids.

The habit of helping others

Caring for others isn’t something new for Mary who has been helping people offline. On random visits to convenience stores, she gives food to the homeless and has even bought and distributed face masks to strangers.

She admits though that the attention she’s getting for her role in Tatay Gimmy’s viral video is making her uncomfortable. However, she chose to look at its positive side, pointing out the benefits of the internet and social media: “Ang powerful talaga ng social media. Sa isang share mo lang, isang life na ang pwedeng ma-change”. (“Social media is powerful. You can change someone’s life with just one share.”)

Tatay Gimmy is wishing that it would soon be safe to go back to the streets, not just to sell taho, but also to look for more opportunities to share. As he hopes for the pandemic to end and works for his recovery, he takes comfort in the fact that we all can contribute to making the world a better place with one post, one share, and one good deed at a time.

For those who wish to send financial assistance to Tatay Gimmy, you may contact Mary Amoguis. You may also help out by simply promoting and subscribing to Tatay Gimmy’s new YouTube channel.