In an interview, Martinez expressed how hurt he was with Cinco’s post, added that he wants to mend their ties. 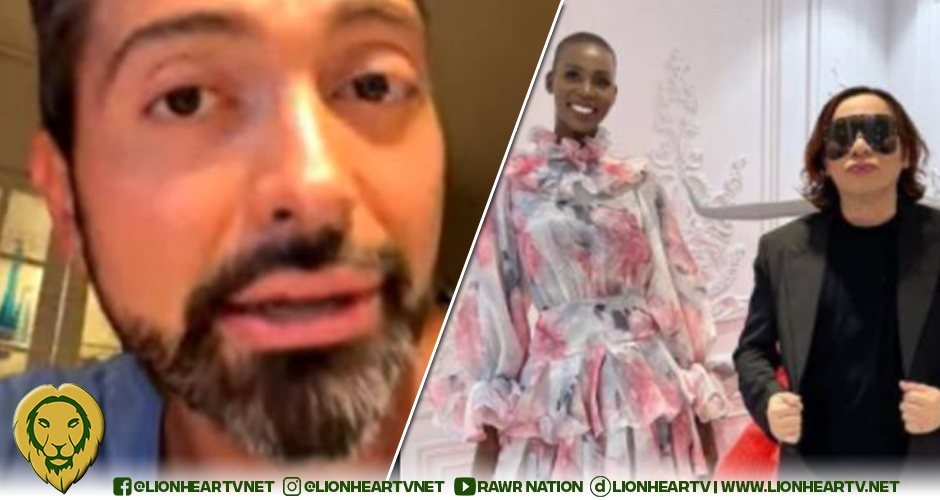 “I love you. Sorry if I hurt you. And those were some mean words, like really mean. Hopefully, we can mend this.

Even if he wanted to make amends, Martinez refuted Cinco’s claims on his facebook account, standing by his earlier posts, which started their social media ‘word war.’

“The gowns arrived late. And, I did say that they didn’t fit properly. Because they didn’t,” said the publicist.

“And I did say that somehow they did find time to make gowns for other candidates.”

Martinez expressed his regrets for his comments. However, his posts opened a can of worms, which led back to the Miss Universe Canada organization’s alleged treatment of Filipino designers, with Rian Fernandez sharing his story.

As a result, the Miss Universe Canada organization released a statement apologizing to Cinco and Fernandez.