Twenty-five-year old beatboxer Jessie Pascua a.k.a. ‘The Ihaws of Us’ was named the first-ever ultimate grand champion of “It’s Showtime’s” “Versus” talent competition after getting the most votes from the judges in “Versus: The Grandshowpresa,” on Friday (May 28). 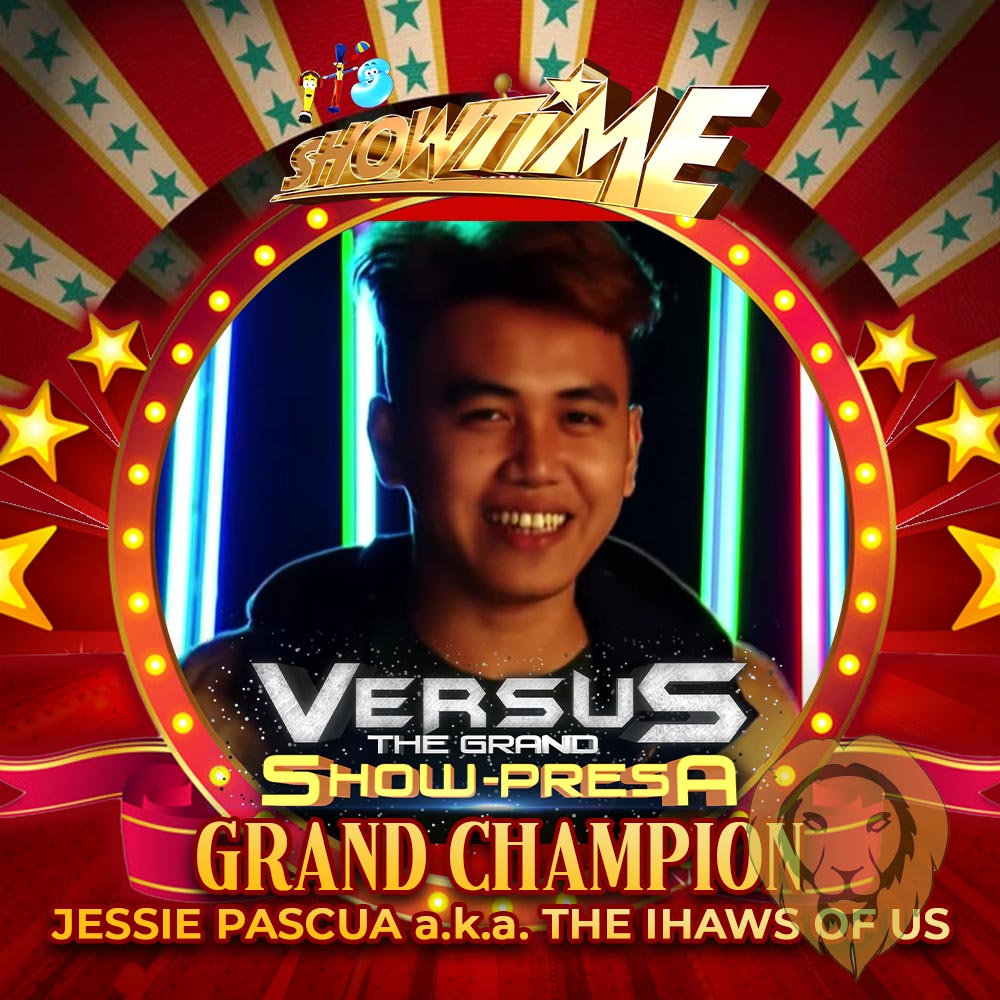 Jessie was picked to win by two of the four celebrity judges – Darren Espanto and Angelica Panganiban – after beatboxing an entire party remix, using different body parts to showcase a variety of sounds, and playing a harmonica.

Iza Calzado and AC Bonifacio also served as judges for the grand finals.

For three months, “Versus” searched for the best Filipino talents and showcased different acts who entertained the madlang people with their impressive stunts and acts. 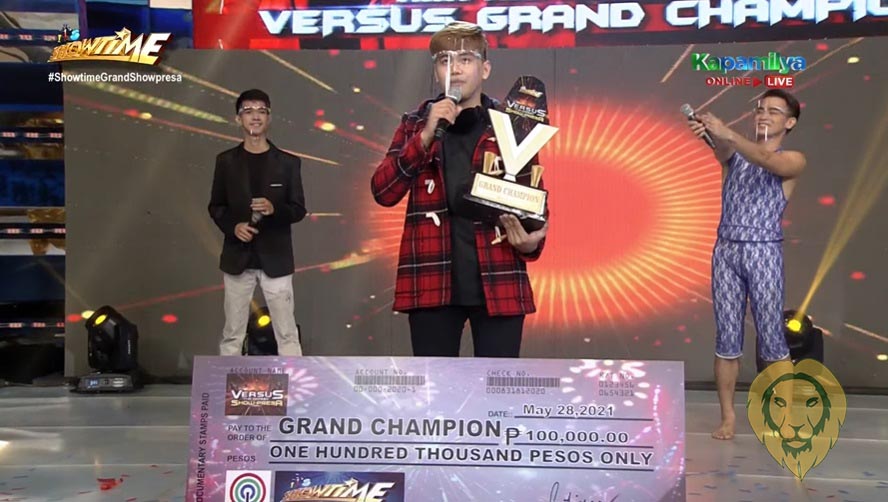 Don’t miss the fun and excitement on “It’s Showtime” on A2Z channel on free TV and digital TV boxes, Kapamilya Channel on cable and satellite TV (SKYchannel 8 on SD and channel 167 on HD, Cablelink channel 8, G Sat Direct TV channel 22, and most cable operator-members under Philippine Cable and Telecommunications Association), Kapamilya Online Live on ABS-CBN Entertainment’s YouTube channel and Facebook page, and on the iWantTFC app (iOs and Android) and on iwanttfc.com. Viewers outside of the Philippines can also catch it on The Filipino Channel on cable and IPTV.