The most talented actor wins the prize. That may not be true on every occasion, and for every actor, but taking home the top acting honors more than once, is surely a legendary feat. 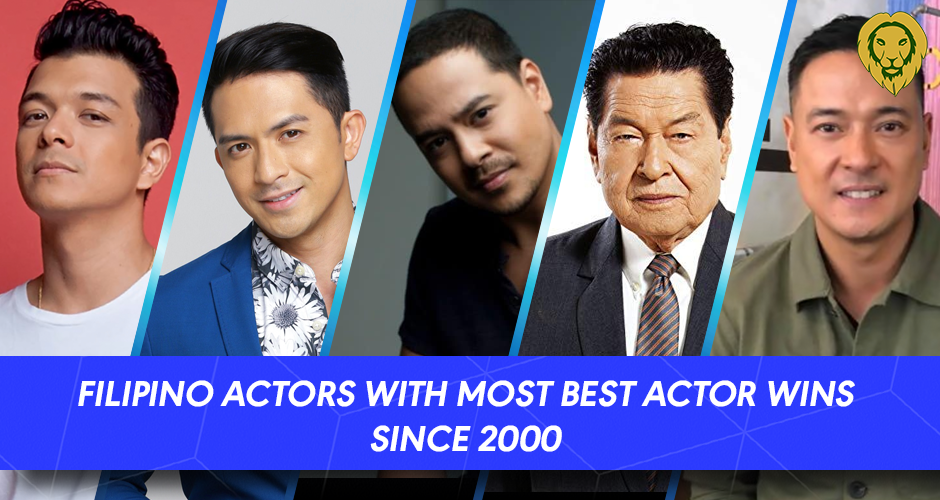 We look through the winners of the five biggest film awards: FAMAS, Urian, Luna, Star Awards, Young Critics Circle in the country, and of the Metro Manila Film Festival–to come up with this list of local actors with most wins for ‘Best Actor’ wins from 2000 to 2020. 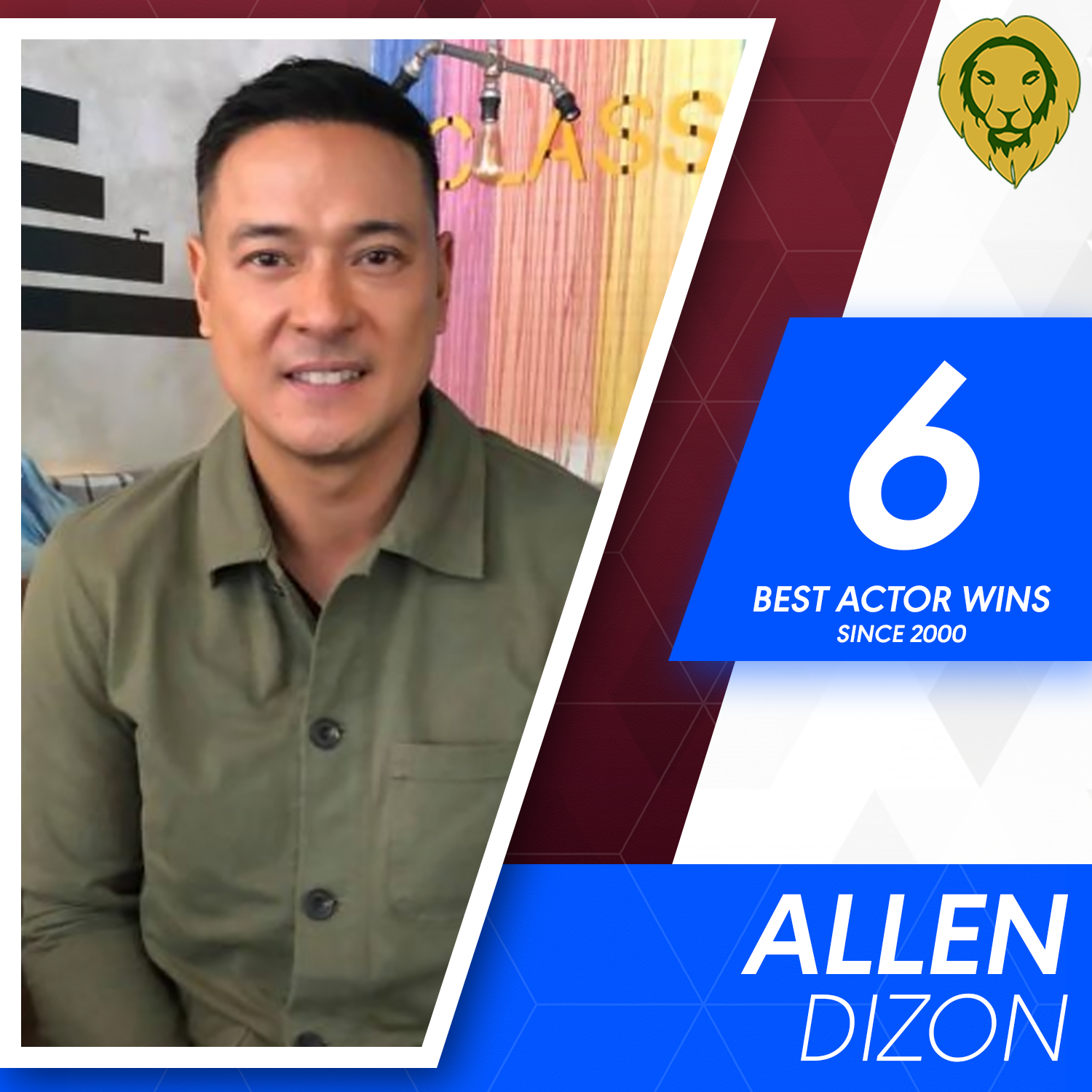 Dizon is known for his award-winning roles in a number of both independent and mainstream films. From FAMAS, alone, he was able to score four Best Actor trophies, in the last twelve years, one each for these films: Paupahan (2009), Dukot (2010), Magkakabaung (2015), and Bomba (2018). His two other Best Actor trophies since 2000, was awarded to him by the Gawad Urian, for his role in Magkakabaung, and by the Metro Manila Film Festival, for his role in the award-winning Judy Ann Santos-starred film, Mindanao (2020). 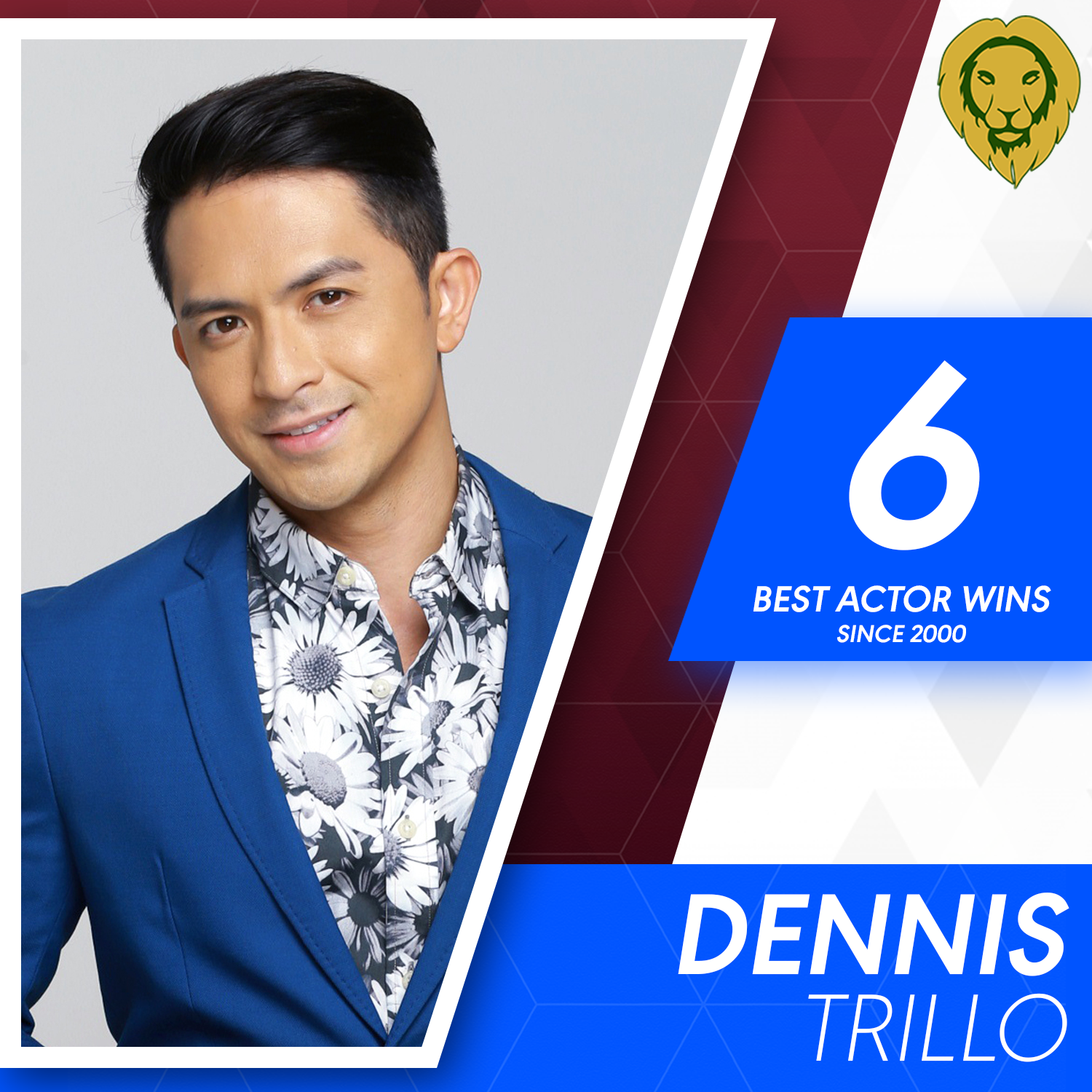 This multi-awarded Kapuso actor is not just known for his roles on television, but also his magnificent performances in movies. Trillo won the FAMAS Best Actor Award in 2016, following his singular performance in the biopic, Felix Manalo. The film also scored him top acting accolade from the Philippine Movie Press Club, which named him Movie Actor of the Year. In 2005, Luna Awards handed him a Best Actor trophy for his role in the film, Aishite Imasu 1941: Mahal Kita, for which he also earned a Young Critics Circle citation and a PMPC Star Awards for Movies’ Movie Actor of the Year award. In 2018, he won his first Best Actor trophy for his performance in an MMFF entry, One Great Love. 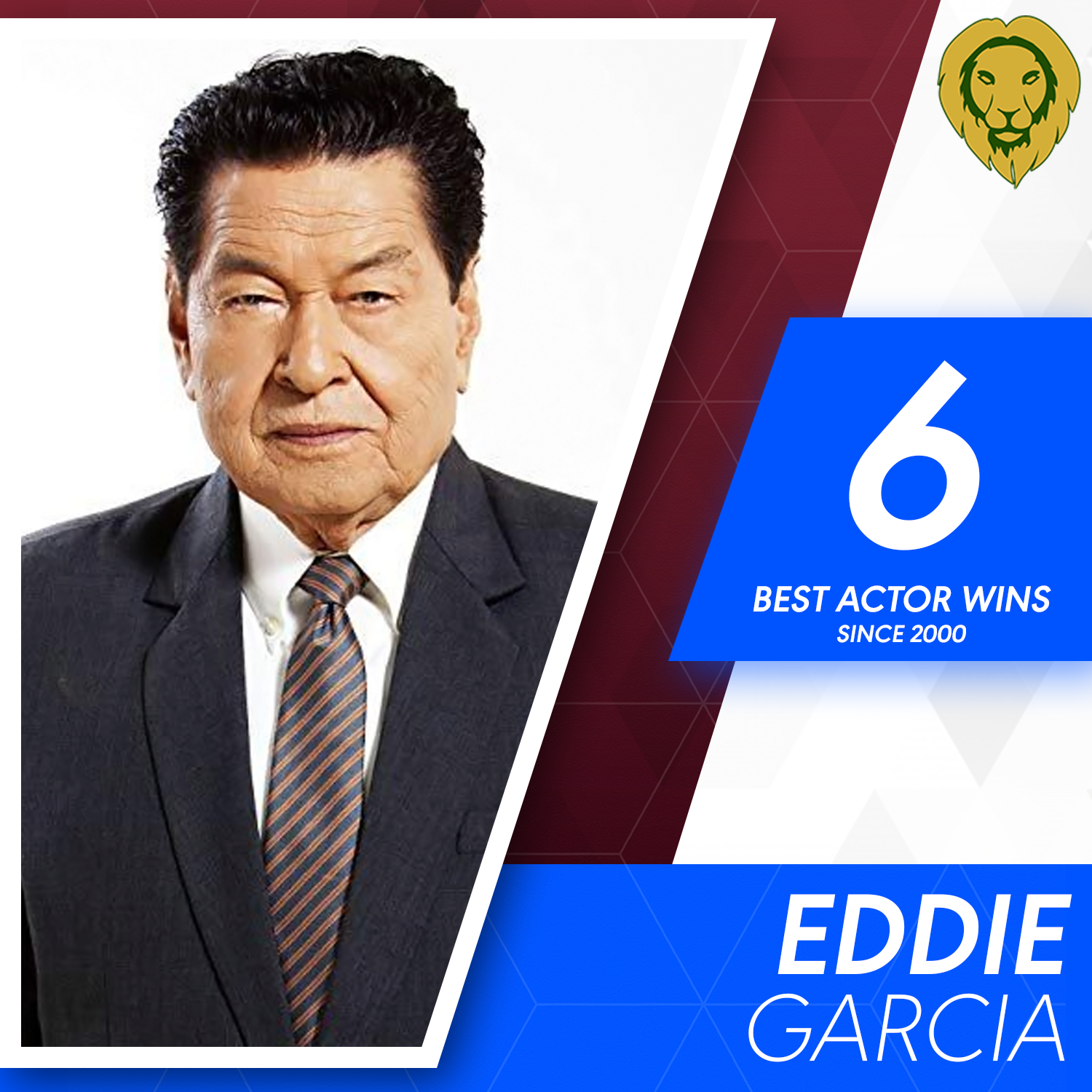 Garcia’s legendary movie career spanned seven decades, with multiple award-giving bodies recognizing his brilliance in both movies and television. In the last twenty years, and before his untimely death, the Bicol-native was able to bag two Urian Best Actor trophies (Death Row in 2001 and ML in 2018). FAMAS, similarly, gave him its top accolade for an actor, in 2003, for his role in Bahid, and in 2018, again for his role in ML. Death Row scored him his only Luna Best Actor title in 2001, while his performance in Mano Po, awarded him the festival’s Best Actor trophy, in 2002. 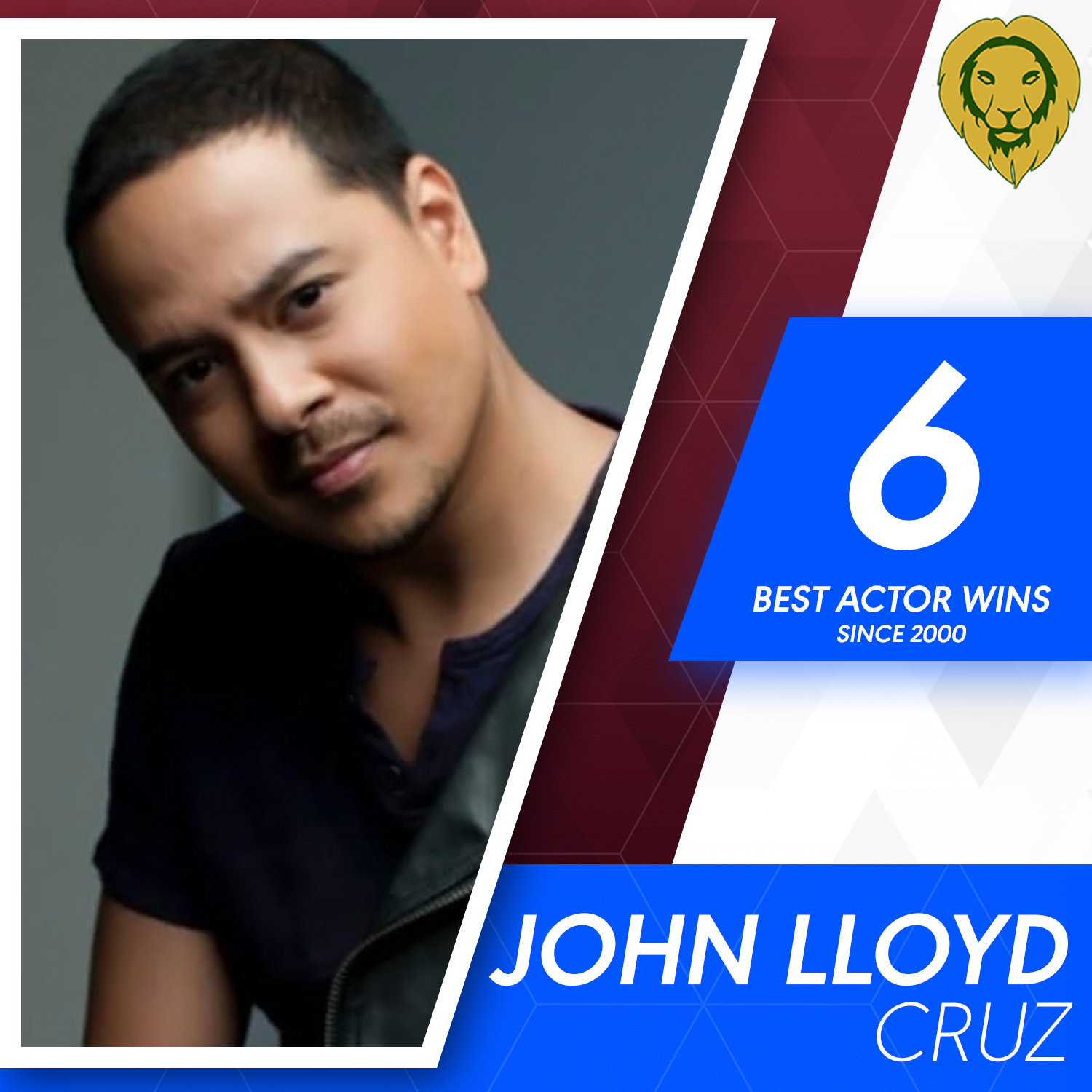 Undoubtedly his generation’s movie king, Cruz starred in some box-office record-setting films, making him a formidable force in modern cinema. As an award-winning actor, he similarly took home some of the top accolades for a local actor. The PMPC named him the Movie Actor of the Year, twice, following his stellar performances in The Trial (2015) and In My Life (2010). He is also one of the too few local actors to receive a Best Actor trophy each from the Gawad Urian, the FAMAS Awards, and Luna Awards. For the latter, he was able to receive two Best Actor trophies—one in 2008, for his role in All About Love, and another in 2013, for his role in The Mistress. For his role in the 2016 film, Miss You Like Crazy, FAMAS awarded him his first FAMAS Awards Best Actor trophy. The crime-themed, Honor Thy Father, earned him an Urian Best Actor trophy in 2016. 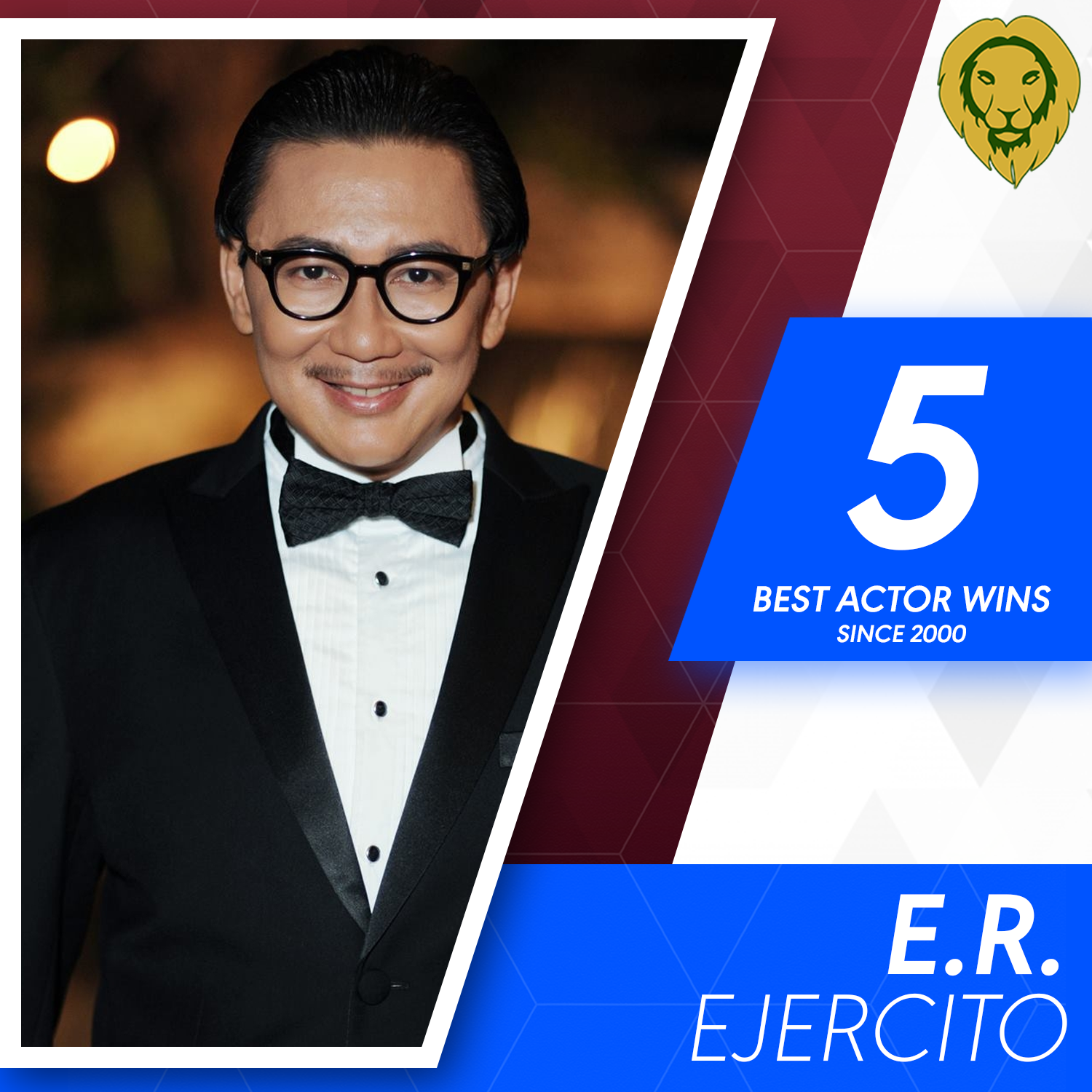 E.R. Ejercito, or Jorge Estregan, as he is more popularly known is the only actor to score three FAMAS Best Actor trophies in three consecutive years. He was able to do so for his remarkable performances in Manila Kingpin: The Asiong Salonga Story (2012), El Presidente (2013), and Boy Golden: Shoot to Kill, the Arthur Porcuna Story (2013). For his role in Manila Kingpin, the Filipino Academy of Motion Arts and Sciences, also named him the Best Actor, while his role in El Presidente, scored him a Movie Actor of the Year trophy from PMPC’s Star Awards for Movies. 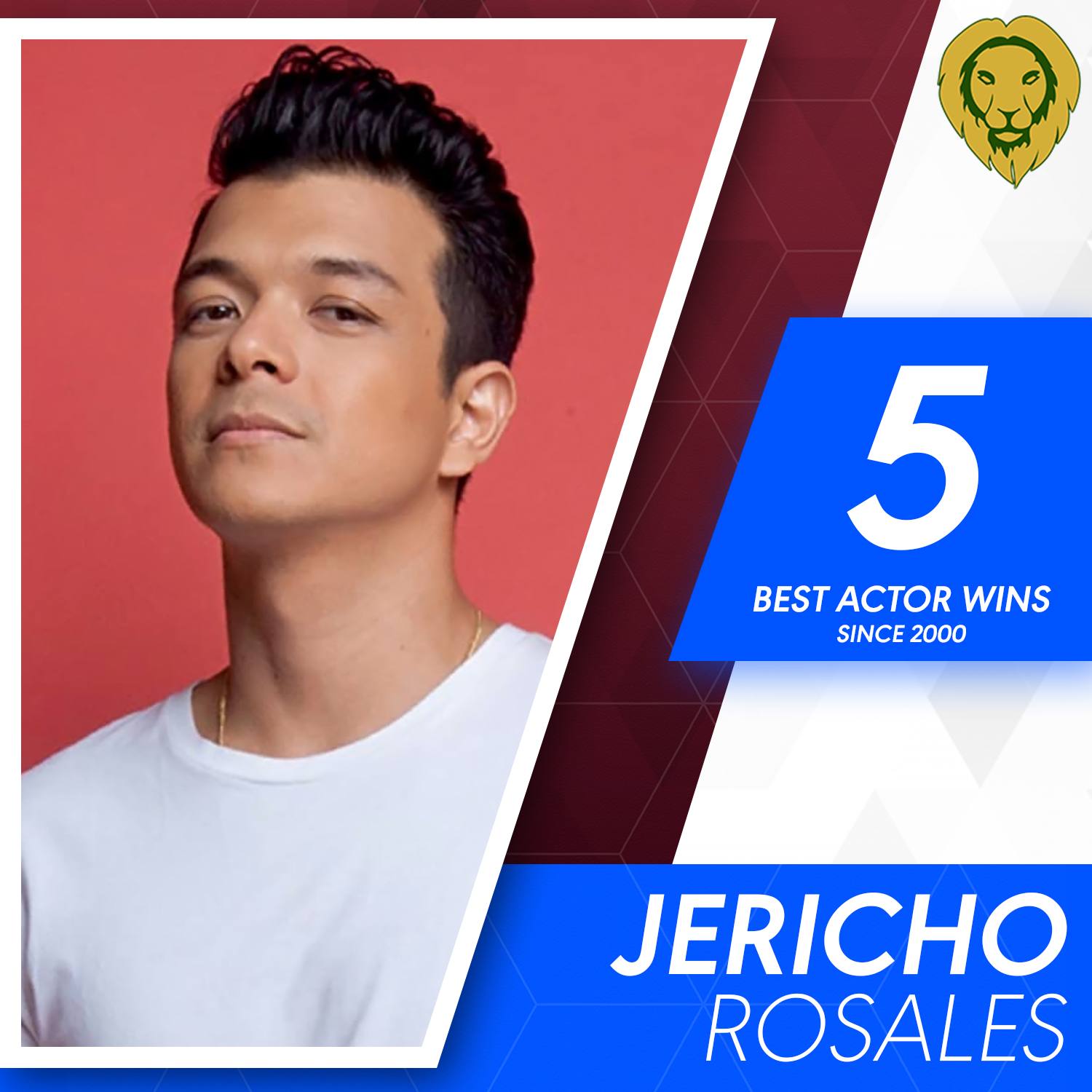 One of the most awarded actors of his generation, Rosales has showcased his singular brilliance in film in the last twenty years of his distinguished showbiz career. He earned top accolades from the biggest award-giving bodies in the country, including two Movie Actor of the Year titles from the PMPC Star Awards for Movies—Pacquiao: The Movie (2007) and Baler (2009)—a Best Actor trophy from Gawad Urian for his performance in Alagwa (2013), which also gave him a FAMAS Best Actor trophy. He won his latest Best Actor trophy for his stellar portrayal in the rom-com drama, #WalangForever, during the 41st Awarding Ceremony of the Metro Manila Film Festival. 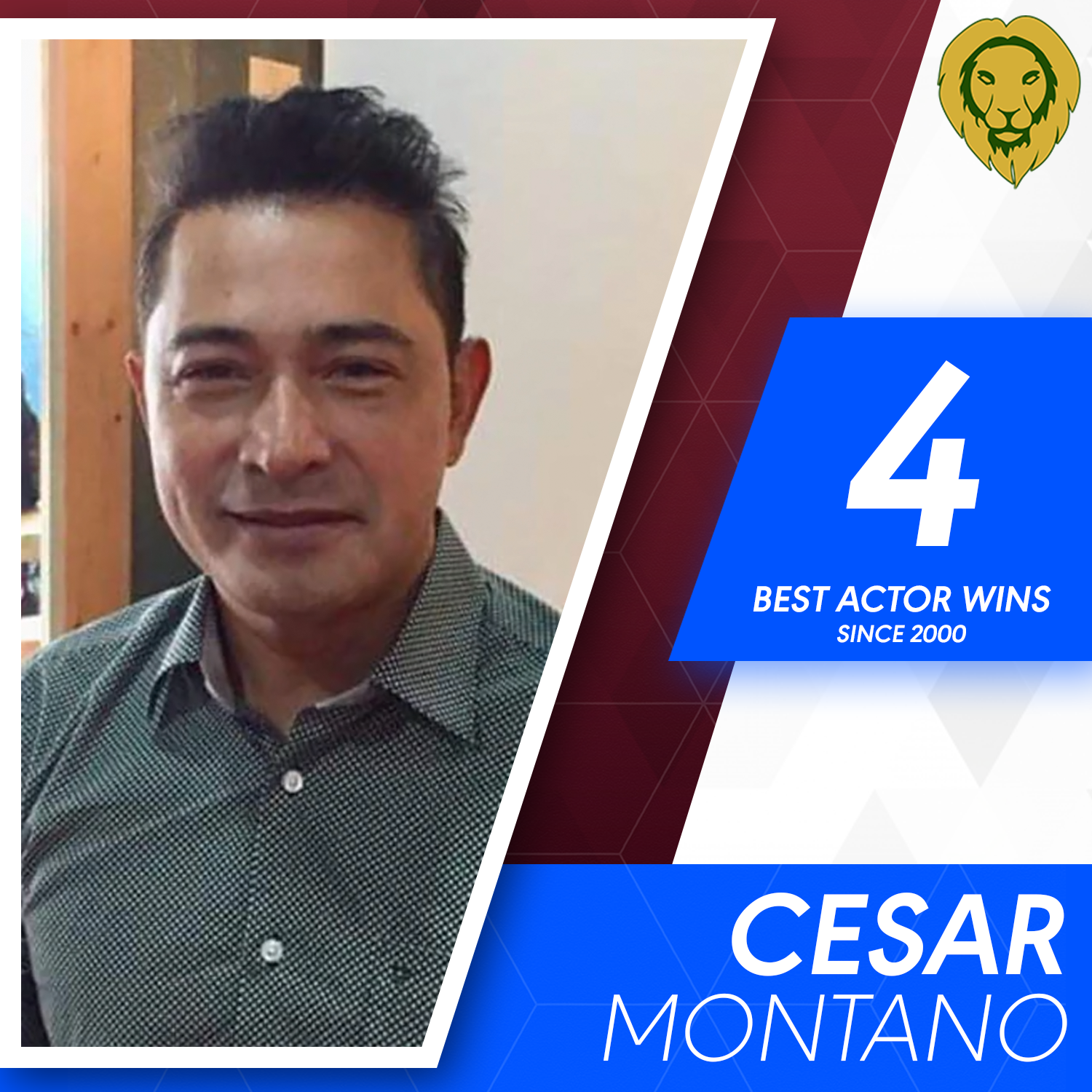 Montano has received top awards from local award-giving bodies, both as an actor and a director. As an actor, he was able to score four Best Actor wins in the last two decades. Gawad Urian awarded him the trophy in 2004, for his performance as Duroy, in the Visayan-language film, Panaghoy Sa Suba. The film also earned him the Best Director trophy. In 2007, he won FAMAS Awards’ Best Actor trophy, for his role in Ligalig. The Metro Manila Film Festival, on the other hand, awarded him the Best Actor title in 2001 and 2006, for his performances in Bagong Buwan and Ligalig, respectively. 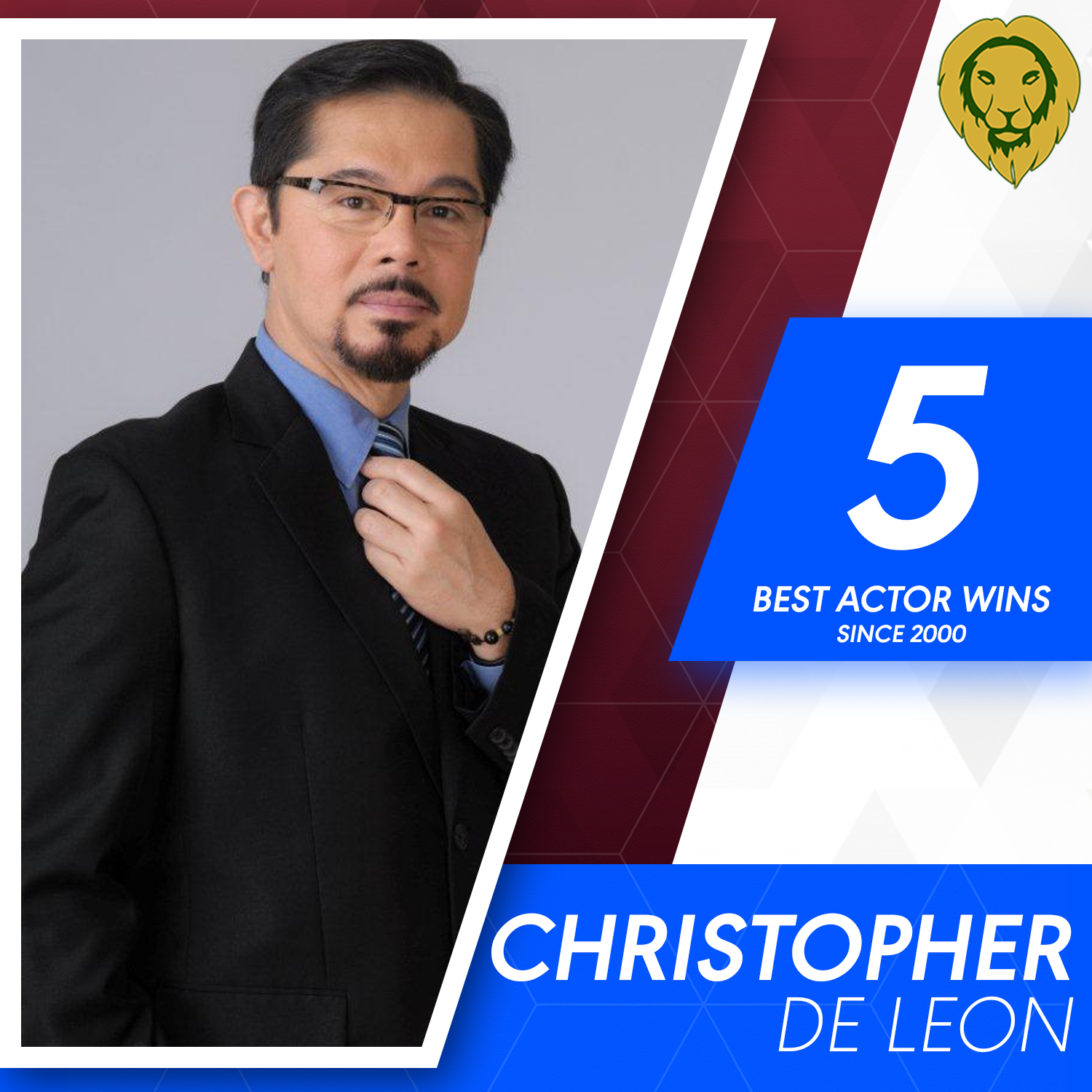 De Leon’s stellar career sprawls across nearly five decades. He has scored at least a dozen of Best Actor Awards from grand slam award-giving bodies. He was, in fact, named a FAMAS Hall of Fame Awardee in 1993. His performances in the last twenty years are no less magnificent than the rest of his phenomenal movie career, as reflected by the accolades he received. For his roles in official MMFF entries, he was awarded the Best Actor, twice—one in 2004, for his role in Mano Po III: My Love, and another in 2008, for his performance in Magkaibigan.

The Film Academy of the Philippines, on the other hand, two Best Actor trophies—one for his role in, Bulaklak ng Maynila (2000), and another for Magkaibigan (2009). 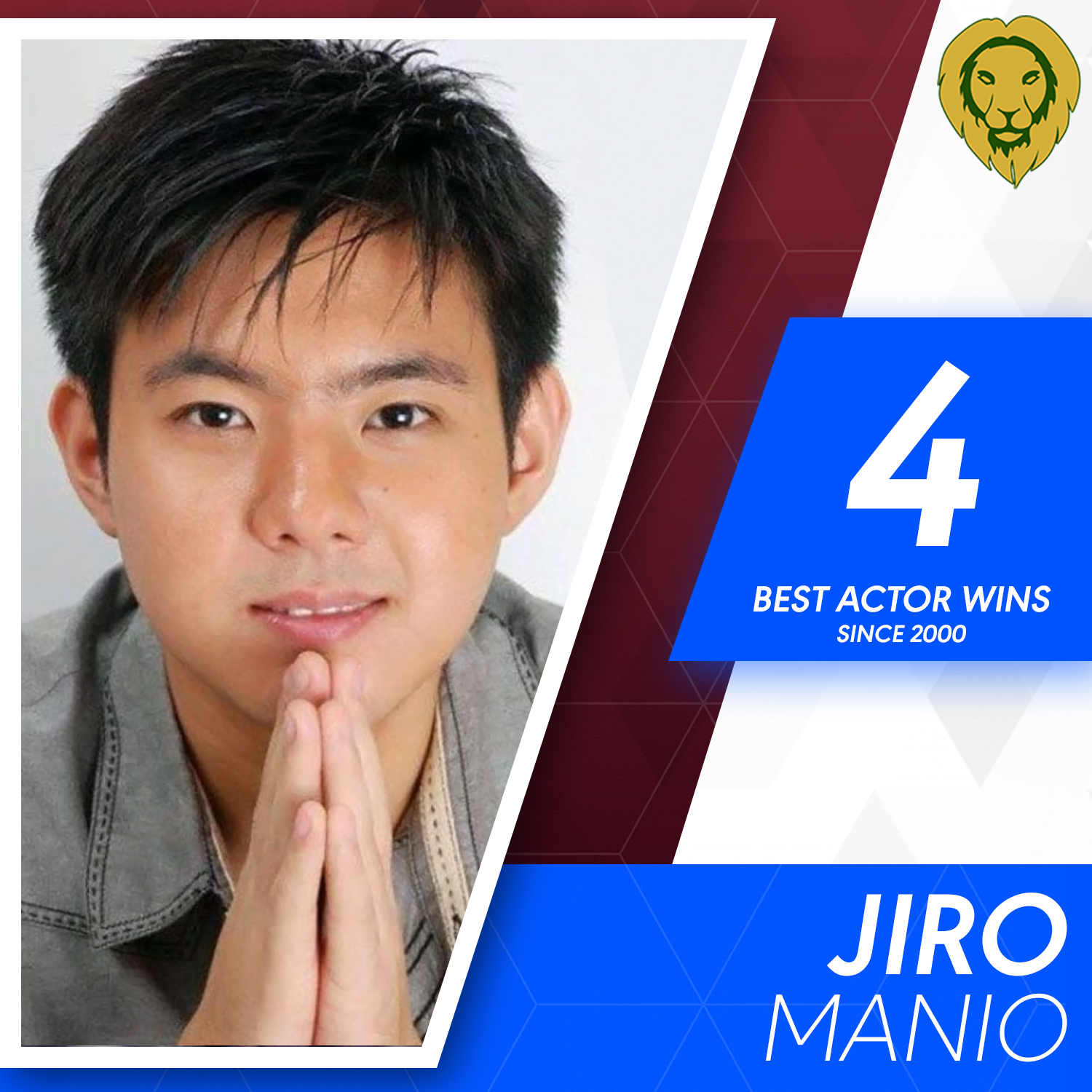 Manio is among only a few Philippine actors to bag the top acting award for a lead performance by an actor, from the PMPC Star Awards for Movies, the Gawad Urian, and Film Academy of the Philippines’ Luna Awards. FAMAS gave him the top accolade for a child actor. He scored the Best Actor Award from four award-giving bodies for his singular performance in the 2004 film, Magnifico. 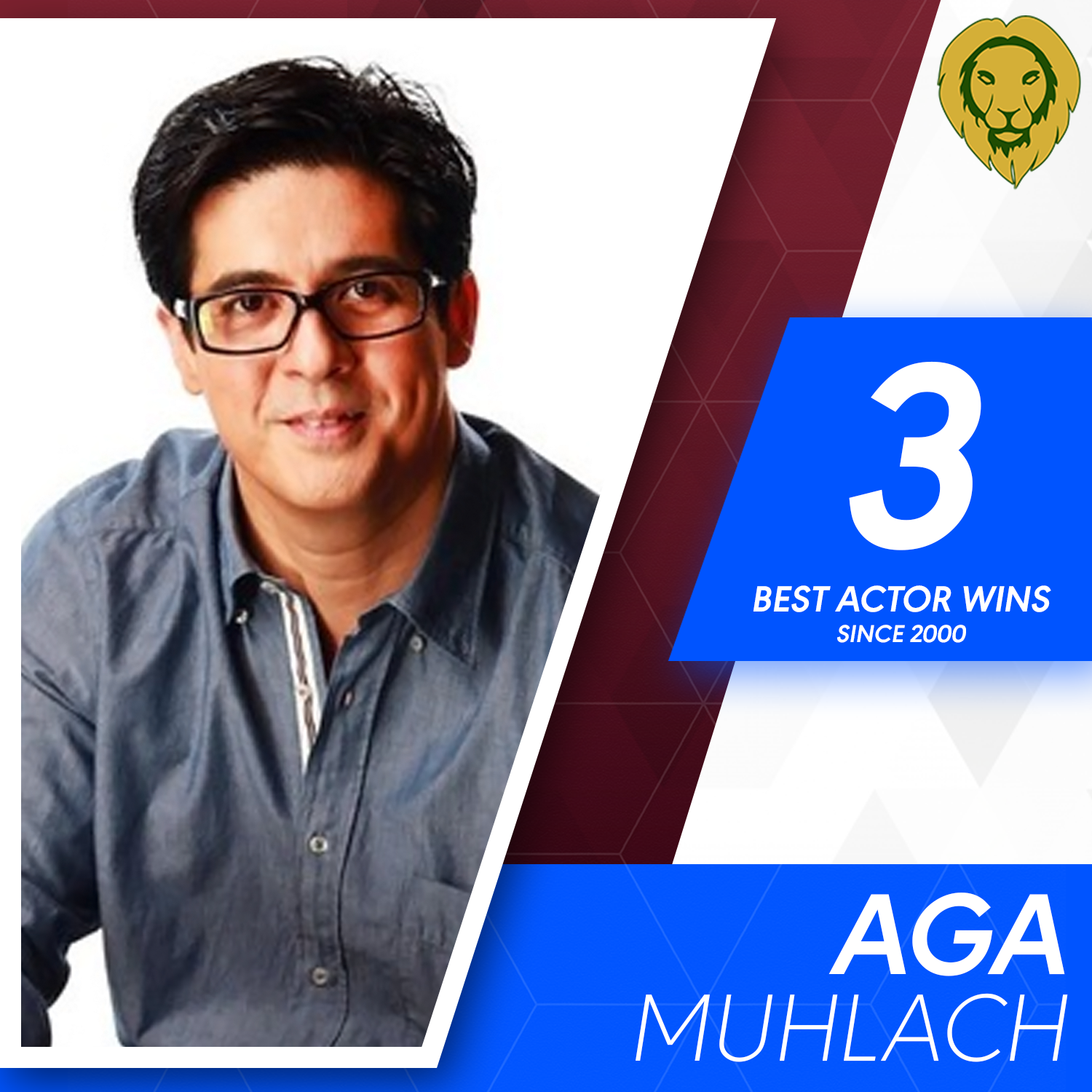 Mulach is among the very few Philippine actors who’s been able to keep his leading man status for more than two decades. He had scored top accolades from the biggest award-giving bodies, too. The Philippine Movie Press Club named him the Movie Actor of the Year, twice—one in 2006, for his role in the film Dubai, and another in 2012, for his stellar performance in In the Name of Love. Both films are produced and distributed by Star Cinema. For his performance in Seven Sundays in 2018, he took home his first Luna Award for Best Actor. 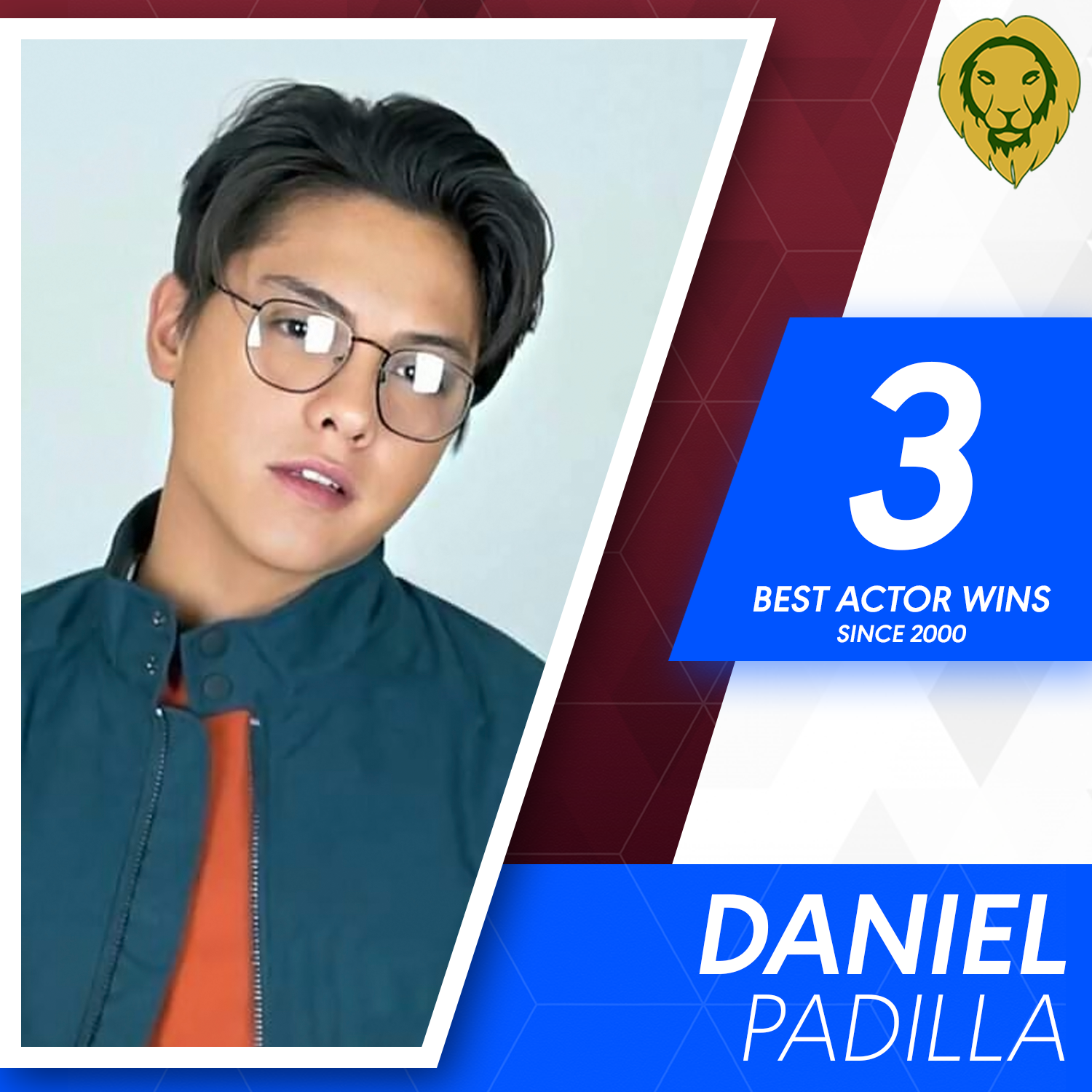 Padilla is undoubtedly his generation’s movie king, having scored multiple box-office films, in his still young showbiz career. The Kapamilya actor received the top acting accolade from both PMPC Star Awards for Movies, and the FAMAS Awards, for his magnificent portrayal in the Star Cinema romance-drama film, Barcelona: A Love Untold, in 2017. In 2019, he scored his first Luna Award for Best Actor, following his brilliant performance as Primo, in the box-office record-setting film, The Hows of Us. 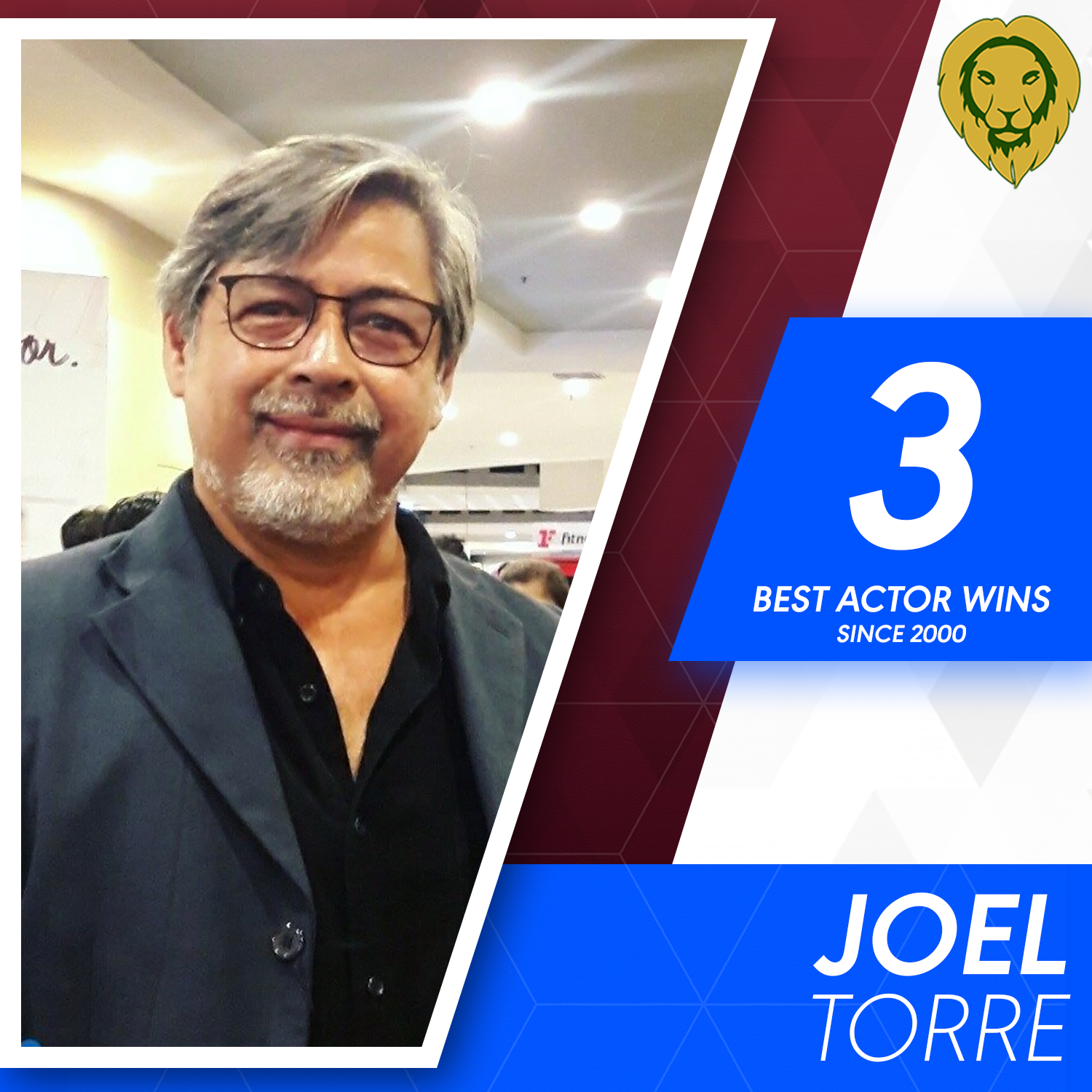 Torre has been around showbusiness in the last four decades. He has taken home several Best Actor awards in his sprawling movie career. In the last two decades, he has scored three top accolades from both the Gawad Urian and Youth Critics Circle Citations. Torre won an Urian Best Actor award, each for his roles in films, On the Job (2014), and Tanging Yaman (2000), the latter of which also awarded him a top citation from the Young Critics Circle. 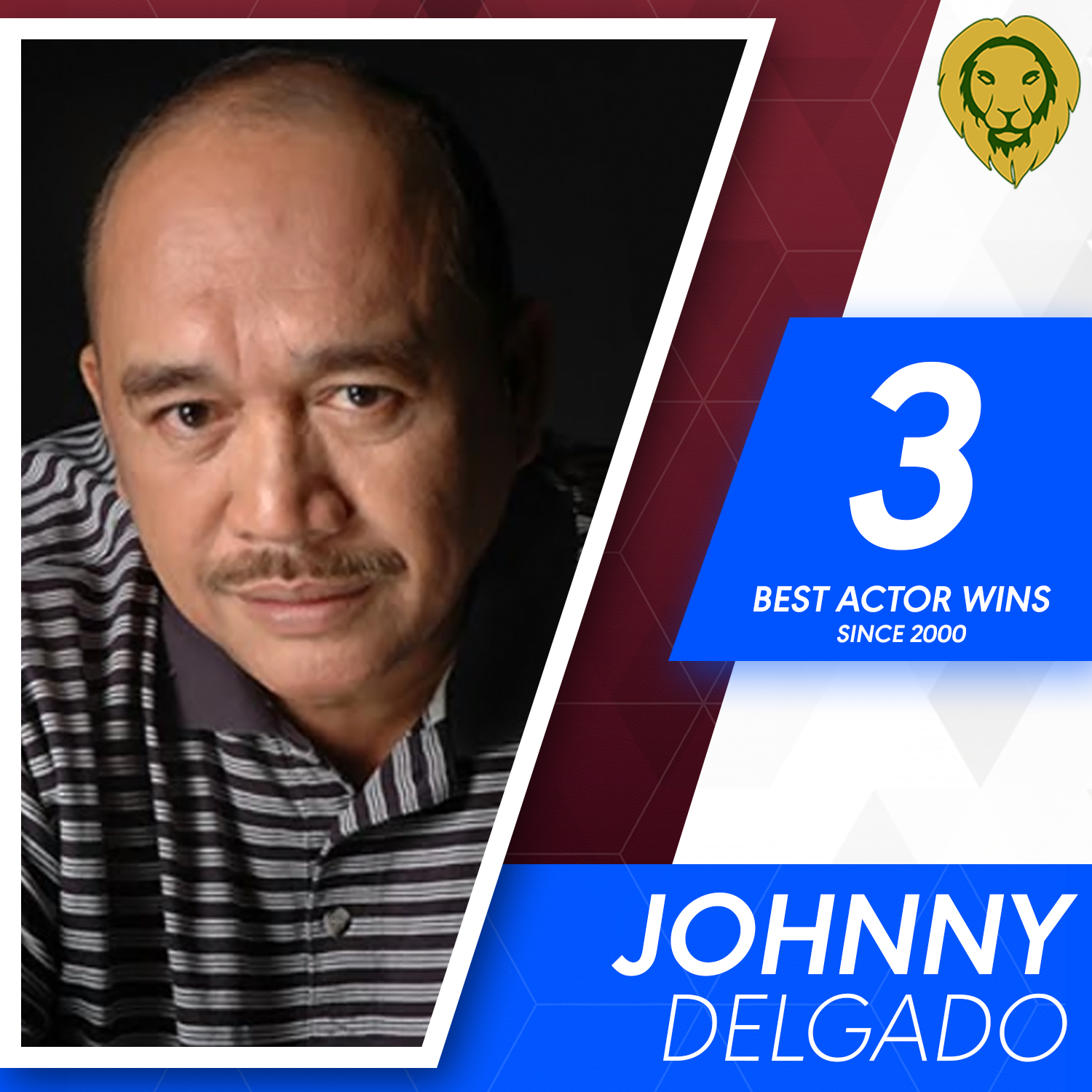 The late Johnny Delgado’s last few years in show business is not devoid of brilliance and artistry as reflected by the number of accolades he received. For his singular performance in the ensemble film, Tanging Yaman, Delgado scored the top acting award from FAMAS, the Young Critics Circle, and the Metro Manila Film Festival. 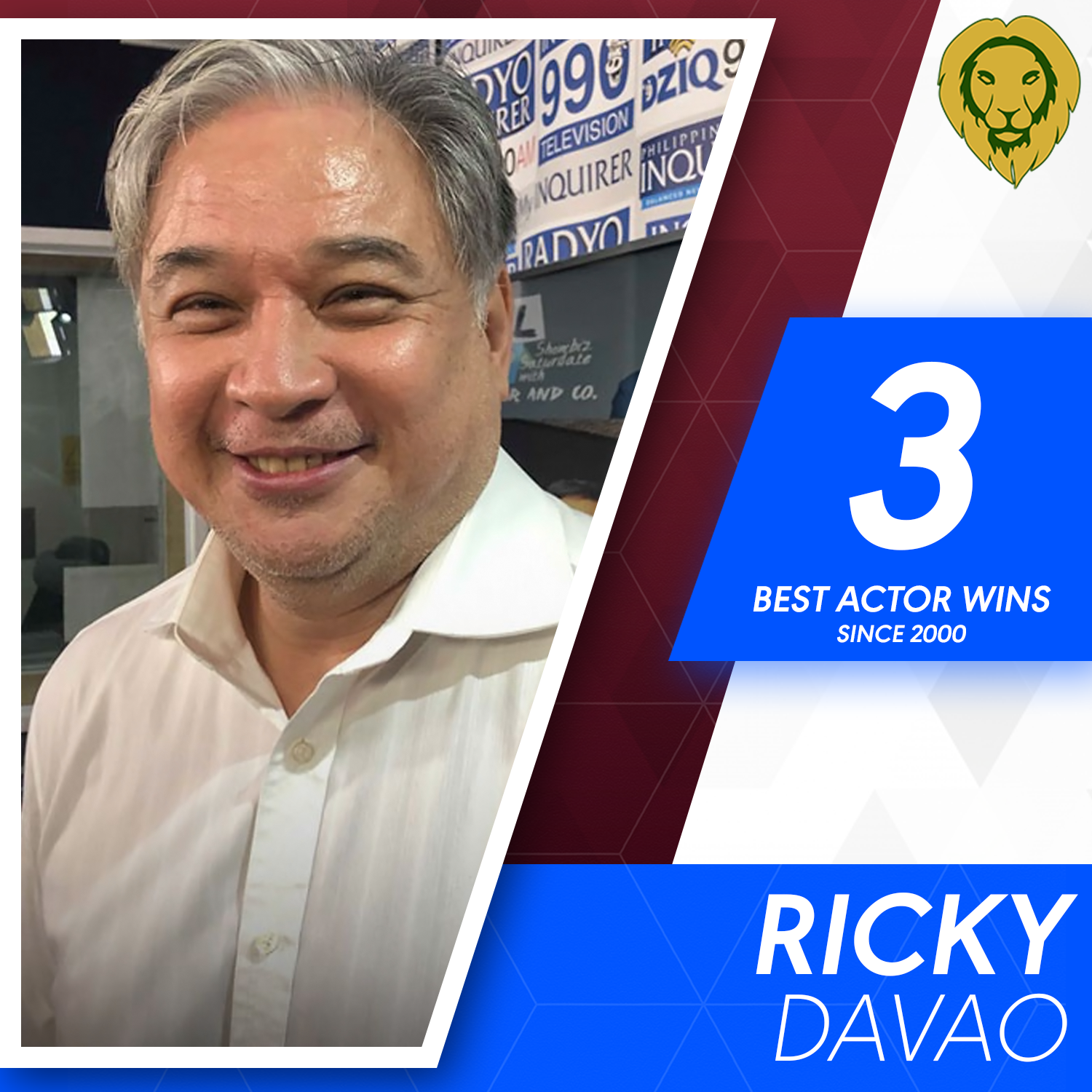 The Philippine Movie Press Club named Davao as the Movie Actor of the Year—its top award for a lead performance by an actor in a film—twice. He earned the accolade for his performances in the 2000 film, Tanging Yaman, and the 2002 film, Minsan May Isang Puso. For the latter film, the Film Academy of the Philippines handed him a Luna Awards Best Actor trophy, in 2002. 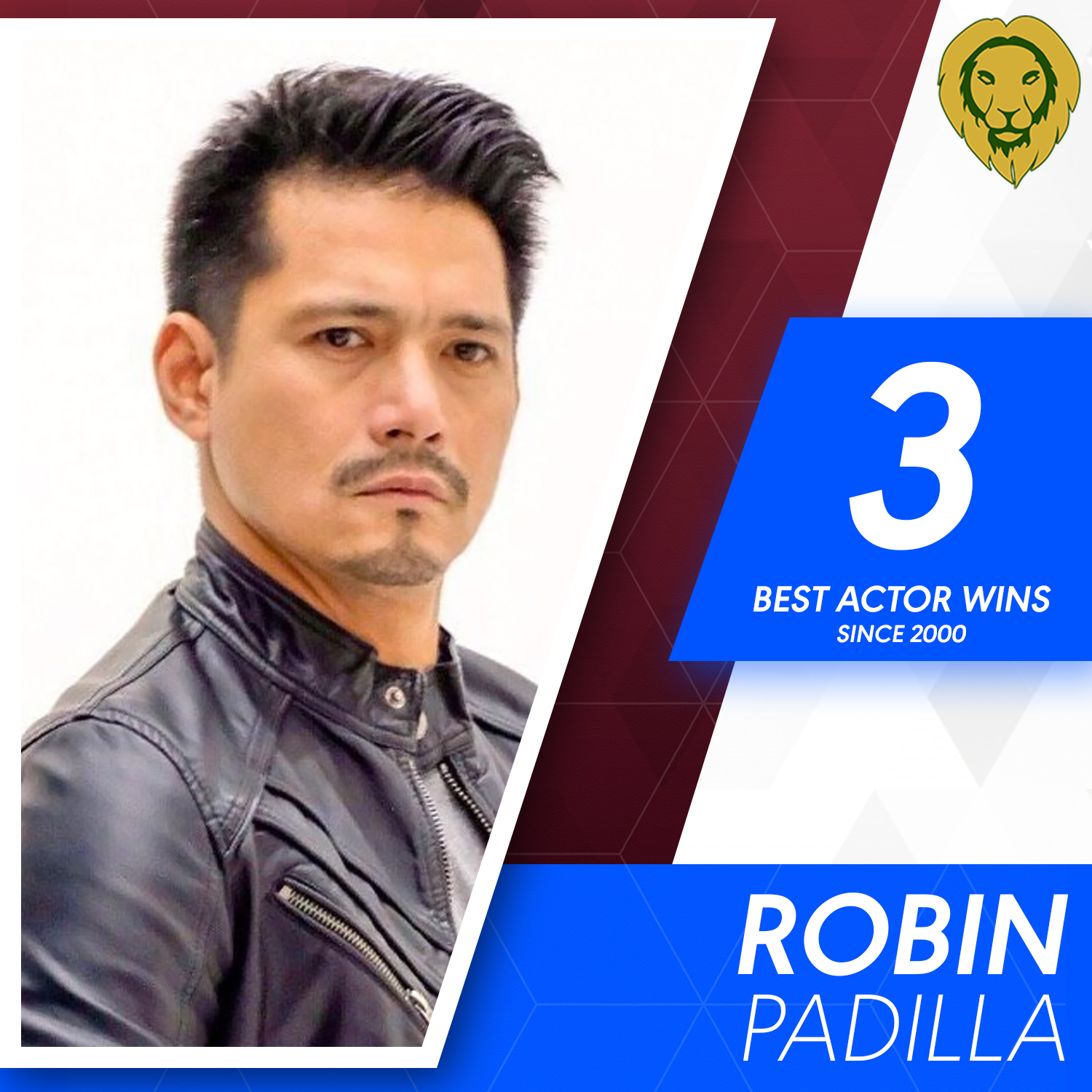 Dubbed as the ‘Bad Boy of Philippine Cinema’, Padilla has also shown his acting chops through his various roles in movies. In 2013, for example, the Metro Manila Film Festival, named him the Festival’s Best Actor, for his performance in 10,000 Hours. For his portrayal as Jeff Huson in the comedy-drama, La Visa Loca, the Filipino Academy of Motion Arts and Sciences, and the Manunuri ng Pelikulang Pilipino, each handed him the top accolade given to a lead performance by an actor.

Did you think we missed another actor who should be on the list? Let us know in the comments.