GMA Network programs continue to dominate the rating board, after three of its Telebabad shows took the Top three most-watched weekday programs nationwide. 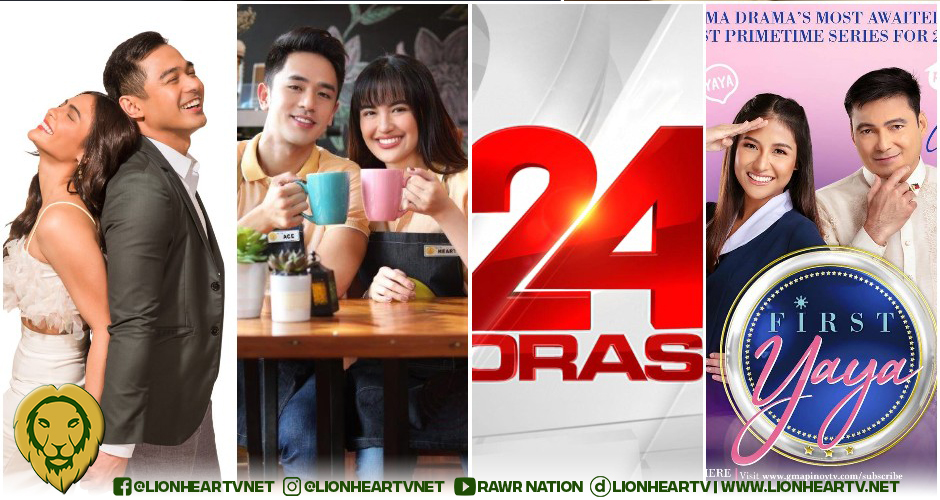 Based on the latest available data from AGB Nielsen NUTAM ratings from May 4 to May 5, Kapuso shows beat rivals to take the top spots of the rating leader board.

Kapuso romcom series First Yaya remained on its throne as the undisputed number 1 program. It scored 22.1% and 21.1%, respectively, beating FPJ’s Ang Probinsyano’s 9.5% and 10.0%.

Completing the top three most-watched weekday programs is another Kapuso romcom Heartful Café, which scored 14.4% and 13.2% for the survey data period. It bested its rival Huwag Kang Mangamba, which had a rating of 8.0% and 7.5%.

Heartful Café, on the other hand, is at below 100 thousand views, while its rival Huwag Kang Mangamba posted over 2.4 million views.