Months after being romantically linked, the Us Again stars RK Bagatsing and Jane Oineza seemed to confirm their relationship by sharing a kiss before grooving on TikTok. 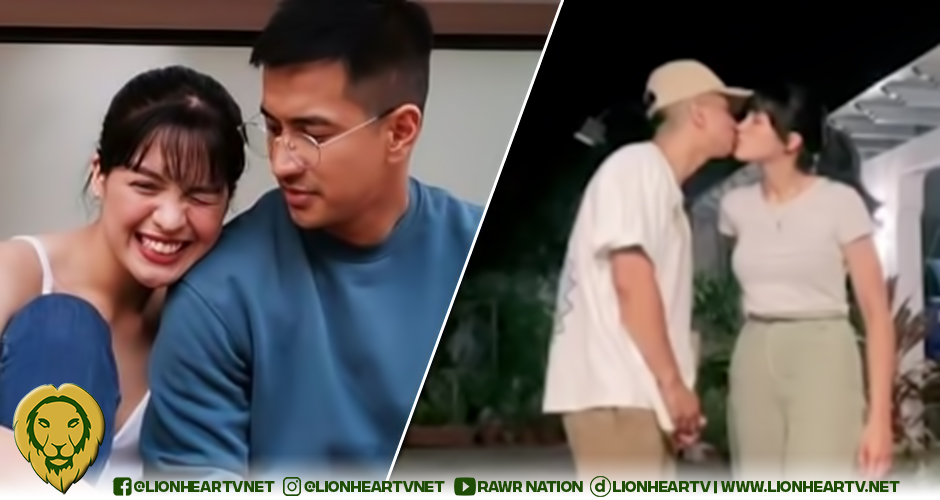 On May 20, Bagatsing, 33, posted a video of him and his rumored girlfriend Oineza, dancing the TikTok challenge titled Chosen.

In the video, the two are seen kissing and smiling before dancing. This may be their way of confirming their relationship, which the Netizens have long been waiting.

This is also the first time that Oineza appeared on Bagatsing’s social media account.

It is not only the Netizens who made a fuss on the comment section of the posted video, but also fellow celebrities like Enchong Dee, Ria Atayde, Kaye Abad, Sue Ramirez, Sunshine Cruz, and Vina Morales expressed their joy for the two.

To recall, Oineza fueled up the speculations when she tagged Bagatsing as her “source of happiness” as she greeted Bagatsing on the actor’s 33rd birthday via Instagram on May 10. Along with her short but sweet message, she posted a photo of them together.

Prior to the said video clip and the birthday greeting, Netizens speculated that both spent their weekend together at a resort in Laguna. Oineza and Bagatsing posted some beach photos on their respective Instagram accounts. Although there were no photos of them together that came out, the Netizens suspected that the two might be together in the same floating cottage since the shots seemed to be taken in one place, in Caliraya.

In 2018, both Bagatsing and Oineza starred in Precious Hearts Romances: Araw Gabi. Two years later, they were reunited in the 2020 romance film Us Again helmed by Joy Aquino.