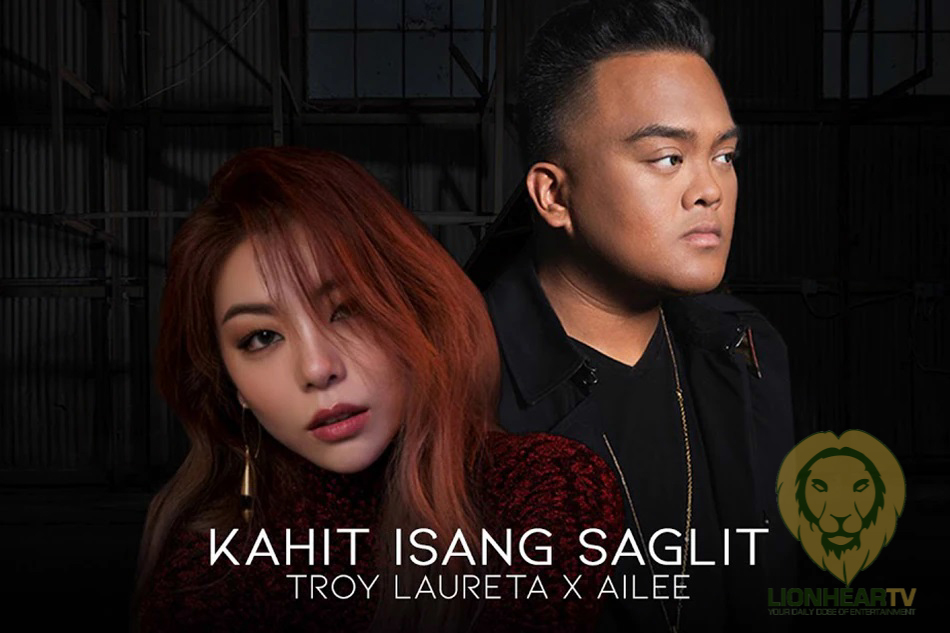 “First time I heard it I knew that I wanted to sing it. This song is beautiful,” AILEE said. “The melody of the song really captured me.”

Despite the K-pop artist’s worries that she would not be able to give justice to the iconic song, she went on to record it with Troy virtually guiding her in the recording studio. “I never thought that I would be singing in Tagalog, it’s a great opportunity to blend different worlds,” she added.

A co-production with ABS-CBN Music International, “KAIBIGAN” pays tribute to Original Pilipino Music (OPM) love ballads and introduces them to listeners around the world.

Troy included “Kahit Isang Saglit,” originally sung by Martin Nievera, in this OPM collection as he remembers it being a favorite karaoke anthem of his father.

“’Kahit Isang Saglit’ was a staple and is still a staple in our house. My dad used to sing it all the time,” he revealed.

He envisioned that the new “Kahit Isang Saglit” version would be perfect for AILEE, whom he met at one of David Foster’s concerts.

“The song lyrically is so emotional, so gentle, and so delicate but still powerful and that for me is AILEE,” the Filipino-American music producer said.

He also saw the collaboration as a fusion of K-drama official soundtracks (OST) and Filipino teleserye theme songs. “I’m a huge fan of K-pop, and it shares so many similarities with OPM, so this song didn’t go so far from what she’s used to,” Troy said.

AILEE is the voice behind “I’ll Go To You Like The First Snow,” an original soundtrack of the hit K-drama “Goblin.”