Actress Kris Bernal took to social media to respond to her bashers who claimed that she had a nose job.

Kris Bernal rose to prominence after winning in the fourth season of GMA’s reality-based talent search StarStruck. Other finalists in the show were Aljur Abrenica, Mart Escudero, Rich Asuncion, and many others.

In her recent Instagram post, Bernal answered some ‘true or false’ questions that the netizens threw at her. One netizen asked if the actress had her nose done or if she did a rhinoplasty.

There have been rumors surrounding Bernal which claims that she went under the knife with her nose as she is known to have a high-bridged nose.

The 31-year-old actress debunked the nose surgery rumors as she noted that her nose is all-natural and has never been altered before.

She even posted a throwback picture of herself when she was still around 12-years-old with a visibly high-bridged nose to prove that her nose has looked the same way throughout the years.

“A lot of people think I had a nose job but I was born with a matangos na ilong,” said Bernal. 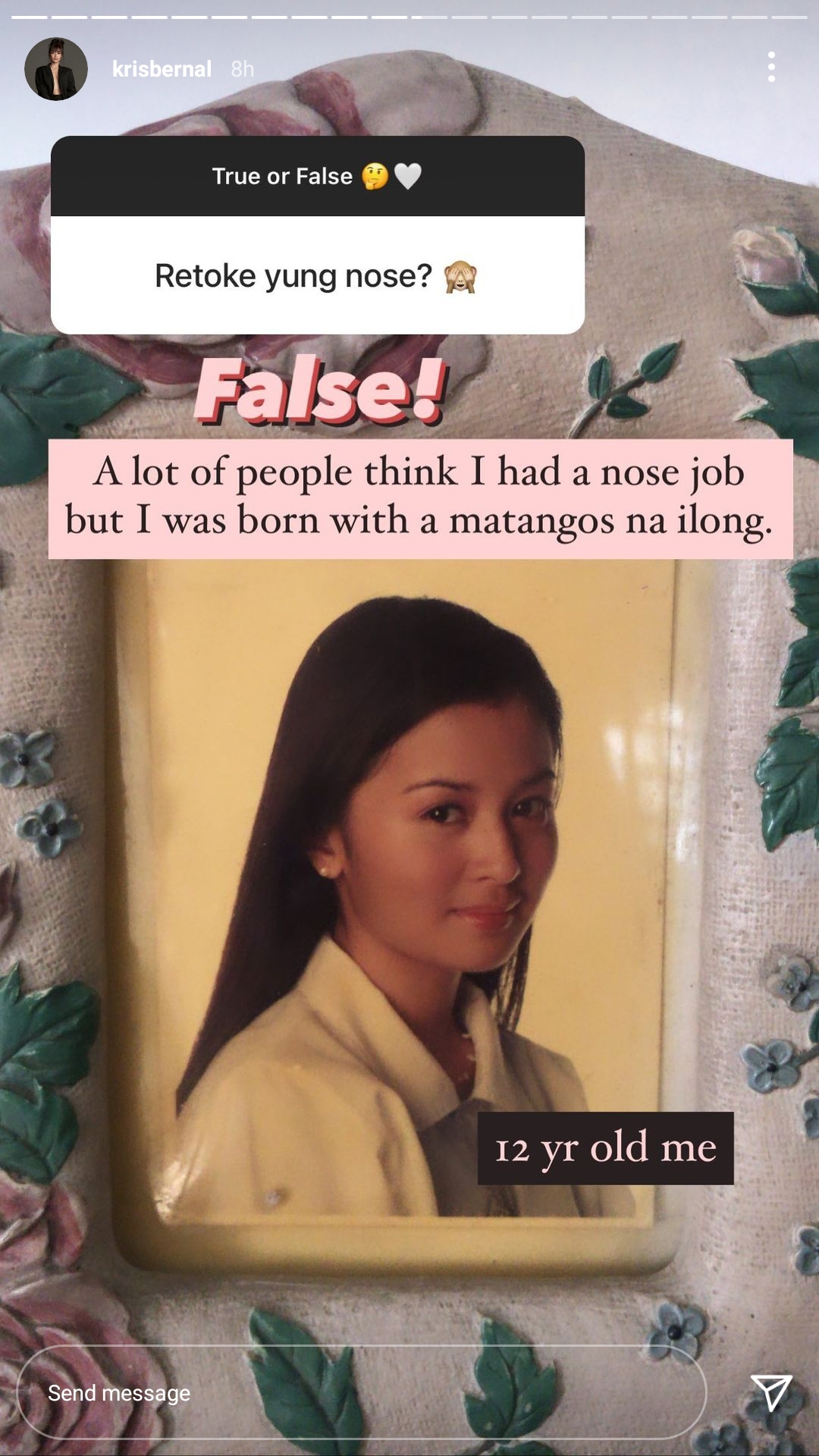 Bernal is known for her dual role as Rosette and Nimfa in the Kapuso series Impostora. Her latest TV project was the drama series Ate ng Ate Ko which was broadcast by TV5. She also starred in an episode of GMA network’s Wish Ko Lang called ‘Kutob’.

Meanwhile, she also made an appearance in the now-defunct variety show Sunday Noontime Live (SNL).

She previously expressed her amazement by the star treatment she received in her SNL guesting.

Bernal is currently an artist of Cornerstone Entertainment after being with GMA Artist Center for about 14 years.