On May 13 (May 14 Philippine time)–Pinoy pageant fans had mixed reactions over Rabiya Mateo’s national costume, which made them revisit MJ Lastimosa’s cake-inspired national costume back in 2014. 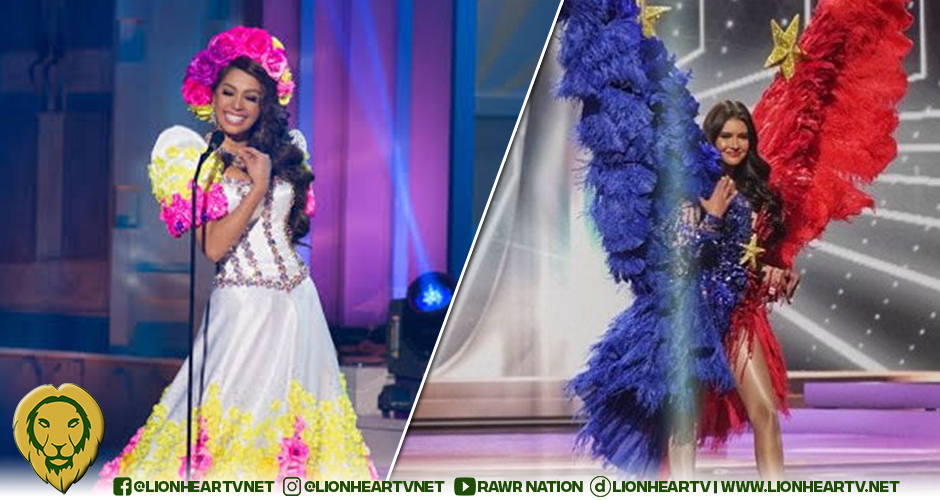 Some fans and Netizens appreciated Miss Universe 2020’s Victoria Secret Angel-inspired costume designed by the famous and late Filipino designer Rocky Gathercole. However, to some, they got disappointed. Others perceived the latter’s as far worse than the current costume.

In @mavewreak’s tweet, he shared a shot of Lastimosa’s cake-inspired national costume and punned that he will never forget that scene in 2014.

He then recalled how Filipino pageant fans voiced out and demanded from the Binibining Pilipinas Organization and Stella Araneta to come up with better choices in providing national costumes for Filipina beauty queens.

Back then, Binibining Pilipinas chairperson Stella Araneta defended Lastimosa’s national costume and clarified that since Miss Universe 1999 Miriam Quiambao placed the first runner-up, she utilizes the work of the Colombian designer Alfredo Barraza.

Lastimosa’s national costume was inspired by the Panagbenga (Flower) Festival of Baguio City.

On the other hand, Lastimosa made a twitter thread to share her thoughts on Rabiya Mateo’s national costume performance.

According to her, she clueless about the bashing of Mateo’s national costume performance.

Lastimosa only knew about the issue when Mateo shared her apology video through an Instagram story. She reminded everyone to refrain from giving constructive criticisms because, for her, Mateo had enough of it from her team.

sila with her in the bubble, considering it’s their first year we know it’ll be far from perfect but I can see the determination of the wholeph team. Let’s show her our full support, positive energy only, because the real competition starts today, last night’s show for me is more

She also emphasized that the national costume performance was more like a tease and that the sole purpose of which was to appreciate the beauties of the different participating nations.

She thought Mateo has put up a good fight in the competition.

of patikim of what to expect tonight kaya siguro hindi sya scored is because its sole purpose is merely appreciation of different nations. And I genuinely think Rab was impeccable last night. Her confidence was oozing and I can definitely say malakas ang laban naten.
PS sorry

Before her tweet, she already defended Mateo against the bashers. She stressed that Mateo was carrying 21-kilo wings and reminded critical Pinoy pageant fans to remain calm because Mateo wore her heavyweight costume with such a breeze.

According to Mateo, she had minor mishaps backstage. She was running out of time to retouch her makeup, got her finger cut, and had her stockings soaked with blood.

MUPh national director Shamcey Supsup explained that they had to forego the heavy headpiece for it kept falling off Mateo’s head and might affect the 24-year-old Ilongga beauty’s performance.

Lastimosa added that the headpiece would only cause Mateo a stiff neck.

On her Instagram, Mateo posted a photo of her national costume performance.