Newest Kapamilya Loveteam (DonBelle), Donny Pangilinan and Belle Mariano reveal how their relationship works behind the scenes of their new series.

In the media conference for the Star Cinema novel-turned-series adaptation ‘He’s Into Her’, Mariano admitted initially having awkwardness towards Pangilinan. 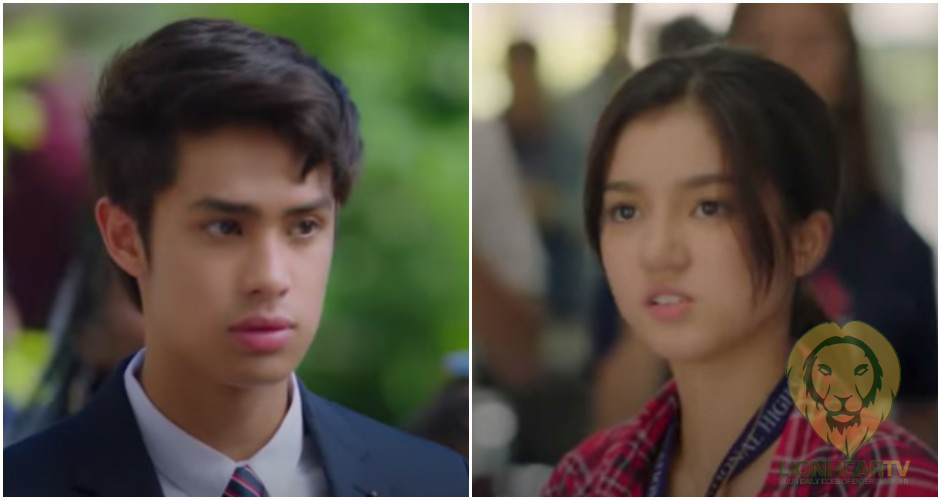 Then, Pangilinan agreed to Mariano, noting he was naturally an introvert.

“Yeah, I agree. I feel like sa start even for me I’m naturally kasi an introvert, well, I slowly went into the extrovert spectrum na rin these past years. But, when I grew up, I was an introvert, so I don’t really, you know, talk to people that much if I don’t know them. And, I feel like yun nga may pagka-awkwardness namin sa start,” Pangilinan agreed.

However, Pangilinan clarified that the locked-in filming helped rid the pair of their awkwardness.

“It just took a couple of shooting days for us to get used to working with each other for the chemistry to get better. And, I feel like mas naging effective yung locked-in kasi mas nag-open up kami, mas naging close kami. And yeah, we just embraced our characters as well,” Pangilinan added.

Then, Pangilinan shared his first impression of Mariano, noting the actress’s initial shyness.

“My first impression of Belle, siguro na shy sya. That she makes, she needs some time to come out of her shell if she opens herself up to people. And I think, I saw that more sa locked in kasi sa una syempre hindi naman kami close bilang magkatrabaho,” said Pangilinan.

However, through time, Pangilinan saw the energetic and outgoing side of Mariano.

“But you know, through time, I saw that very ano pala sya, energetic din. May ibang side to Belle na outgoing and very easy to work with,” Pangilinan added.

As for Mariano, she initially felt intimidated by Pangilinan. However, during their filming of the series, she discovered otherwise.

Directed by Chad Vidanes, the series airs on May 28 (Friday) via iWanTFC and premieres on May 30 (Sunday) on Kapamilya Channel, A2Z, and on Kapamilya Online Live via the YouTube channel and Facebook page of ABS-CBN Entertainment.