Philippine TV will not be complete without drama series which are locally called teleseryes. For the past years, local television offered various stories and featured different stars. Some of the celebrities even grew up in the industry by being a part of such projects. 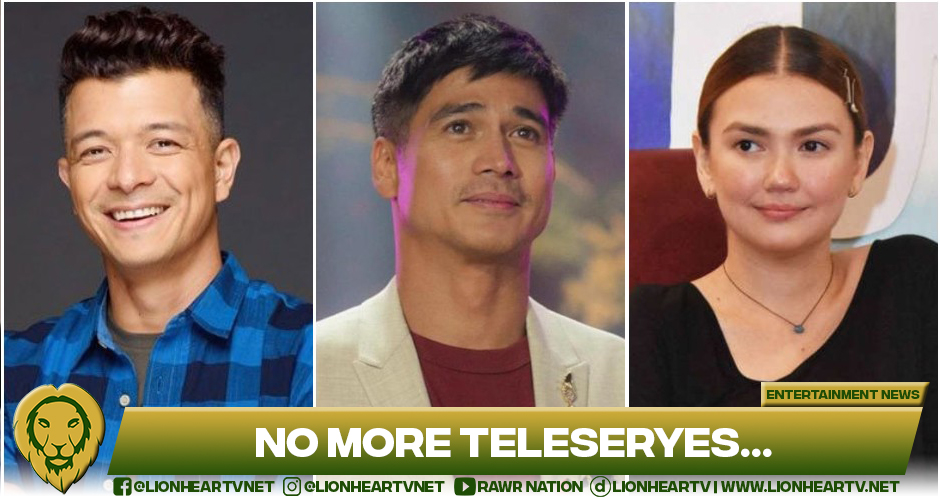 However, while some of them gain popularity because of teleseryes, some still opted to quit.

Here are the three Kapamilya stars who made pronouncements not to do teleseryes, at least at this time.

After more than 20 years in the showbiz industry, the hunk actor wishes to explore and do new things.

For a long time, Pascual,44, has done teleseryes, and it is something that he may not enjoy anymore.

“I’ve done more than a dozen soaps, I’ve been in the business for 20 years. It’s the same thing I’ve been doing the last 10 years. I want to be able to do other things and diversify.

He wishes to focus on doing films instead. Also, he clarified that he is not interested in venturing into the world of producing or directing.

“I don’t see myself becoming a director. I don’t think it’s on the horizon. I don’t find it appealing to me. I don’t have the knack for it.

“Producing, it’s different, because it’s business. But I don’t see myself having to, you know, compose my shots. I don’t like to be a director in that sense because it’s too much to handle, yeah.”

Popularly known as “Papa P”, started his career in the GMA Network variety show That’s Entertainment. Eventually, he evolved to be one of the highly-acclaimed actors in the industry.

His pairing with Judy Ann Santos became phenomenal in the early 2000s, the time where he is at the peak of his career.

According to the actress, her quitting in doing teleseryes is not an overnight decision. She took time to ponder on it.

Angelica started her showbiz career at the of six and for the past 30 years, she reached a point where she questioned her goals.

She decided to stop doing teleseryes to prevent her loss of passion and get burnout.

Angelica is ready to give the spotlight to the new generation of actors and actresses. She had her time so, she is giving way to the new breed of artists.

Angelica, 34, joined the showbiz industry at a young age. At 6, she first appeared on the TV show, Love Note, which was followed by several projects.

Her outstanding performance as a child star was recognized by award-giving bodies.

For her role in the film Separada, PMPC Star Awards for Movies and FAMAS Awards hailed her as Best Child Actress in 1995.

From being a child star, Angelica transformed into one of the versatile actresses in the industry. She made movies with themes of comedy, horror, drama, and romance.

One of her iconic roles in a teleserye is in the remake of Pangako Sa ‘Yo in 2015 where she played Madam Claudia Buenavista.

Recently, she also made a movie with Coco Martin titled, Love or Money, produced by Star Cinema.

In 2019, after his hit teleserye Halik, the Asian Drama King said that he will stop doing soap operas.

Just like Pascual, he wants to explore and discover new things outside of his comfort zone, but he assured his fans that he is not leaving the showbiz industry.

However, a year after his announcement, ABS-CBN revealed that Rosales is back on primetime TV. He was supposed to star in the project Naglilibot ng Kaluluwa. Unfortunately, it was postponed due to the Network’s non-renewal of its franchise.

Jericho, 41, entered the showbiz industry via Eat Bulaga‘s talent search Mr. Pogi, where he was hailed as the grand winner.

He then moved to ABS-CBN and was paired with Kristine Hermosa.

Echo and Kristine’s love team rose to prominence because of their teleseryes. Their teleseryes, Pangako Sa ‘Yo (2000–2002), Sana’y Wala Nang Wakas (2003–2004), and Dahil May Isang Ikaw (2009–2010) were distributed internationally and that gave them global stardom.

Jericho also won Best Actor awards for his roles in Pacquiao: The Movie, Baler, and Alagwa.

Through the years, Echo proved his space in the industry and his deservingness of the monicker Asian Drama King.

Even though these celebrities will retire from doing teleseryes, it does not mean that they will retire from television. No matter what, with or without projects, Piolo, Angelica and Jericho will forever leave a mark in the showbiz industry.