On his debut appearance via a live event on GMA Network, the award-winning actor John Lloyd Cruz greeted his fans and audience members, and he was searching for the one person in the audience–GMA Pictures president Annette Gozon-Valdes. 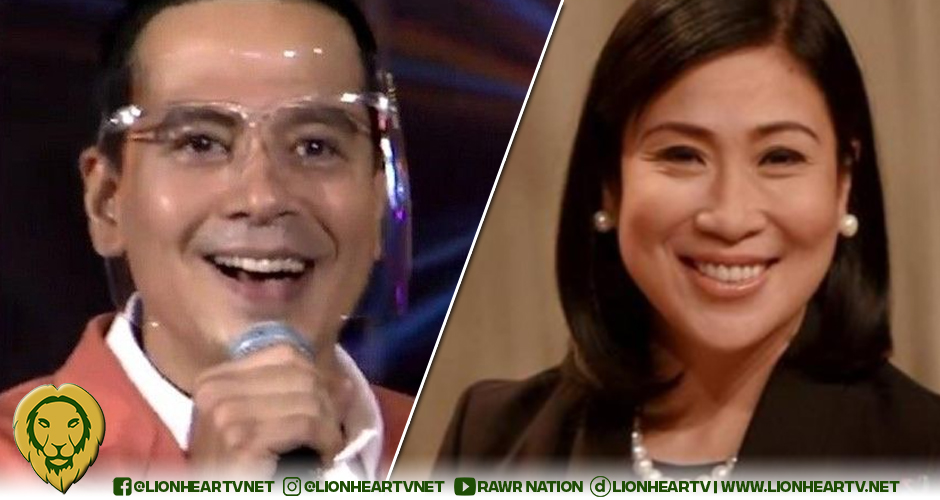 The actor promptly corrected his statement and stated it is him who should go and visit GMA executive Gozon-Valdes.

The GMA Pictures woman bigwig was responsible for Cruz’s return to television.

On twitter, netizens embraced Cruz’s comeback to the Kapuso network. Some are even looking forward to the actor’s reunion movie with Jennylyn Mercado.

seems like john lloyd will be at GMA's hand na. i wanna see a jlc-jennelyn show

Some netizens mentioned that now that JLC is with the network, this will pressure other Kapuso actors to step up their game.

John Lloyd's presence sa GMA for sure will add pressure to some gma artist to level up their acting performance. TBH may mga potential naman talaga mga artists ng GMA look at some of them when they transfer to ABS nag silabasan ang talent… Need ng GMA magaling na leading man.

Gozon-Valdes also assured that Cruz’s transfer is free of any prior contractual obligations.

In an interview with the Philippine Star, she said Cruz was meant to shift to the Kapuso network previously, but a “legal barrier” stood in the way.

“I was the one who talked to John Lloyd, and he assured us that na wala na daw talaga siyang contractual obligations. So wala nang hadlang, wala nang obstacle in the way for him to appear on GMA.”

Cruz is most known for his award-winning blockbuster films, including The Mistress, Honor Thy Father, In My Life, and One More Chance.

FAMAS, FAP Awards, Gawad Urian Awards, Golden Screen Awards, and Star Awards all named him Best Actor. In addition, he earned a Dekada Award from Star Awards for his acting career from 2003 to 2013.