Kapamilya actress Angel Locsin finally revealed that she is starting to go on a diet. 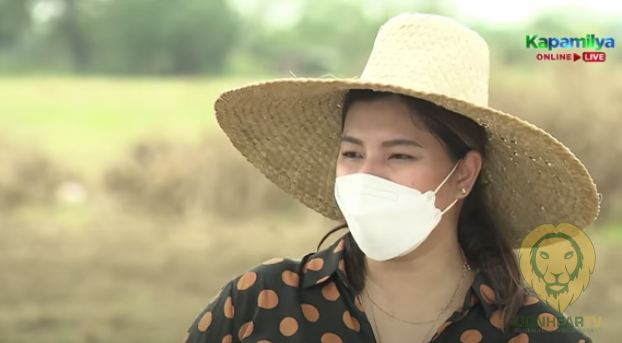 The 36-year-old actress revealed that after a few years, she’s finally trying a diet food detox program from a respected clinic.

On Instagram, the Locsin posted two consecutive stories of herself enjoying the start of her diet journey.

She said that her goal is to have an 800-calorie diet which was suggested by her nutritionist.

“I’m on an 800-calorie diet and according to my nutritionist… ‘yun ang kailangan to achieve my goal.”

Recently, Locsin was the target of body-shaming after a screenshot of a module from the Schools Division of Occidental Mindoro got widespread attention on social media, in which she was described as a “fat person.”

However, the actress addressed this concern but didn’t focus on the body-shaming insult.

“I don’t mind the insults. Cheap comments do not define who I am. I intended to ignore this issue, but when I read DepEd’s statement, aba teka lang.” Angel said.

She claimed that more than the faulty grammar, DepEd appeared to be less concerned with the teacher’s demeanor, which she claimed should be important.

“What bothers me most is apart from teaching incorrect grammar to the students, DepEd seems unaffected that the said teacher is teaching bad conduct and sowing discrimination among the children. Anong mangyayare sa future kung ang mga kabataan ay tinuturuan ng pambabastos at pangungutya sa kapwa?”

Not only that, the actress got body-shamed in 2019 after photos of her appearing extremely on the hefty side that circulated on social media.

The actress promptly addressed these ‘worries’, revealing that one of the factors contributing to her weight gain was her inability to exercise as much due to her spine injury.

As of now, the actress then followed up and asked fans to wish her luck as she’s about to start her weight-loss journey.

“So please bear with me and wish me good luck.”