Bragging rights are on the line as Floyd Mayweather, Jr. takes on social media star Logan Paul in the high-stakes, star-studded boxing bout “Mayweather vs. Paul: Bragging Rights,” which will air live from the Hard Rock Stadium in Miami, Florida this June 7 (Monday) at 10 AM on Fight Sports HD channel via SKYcable. 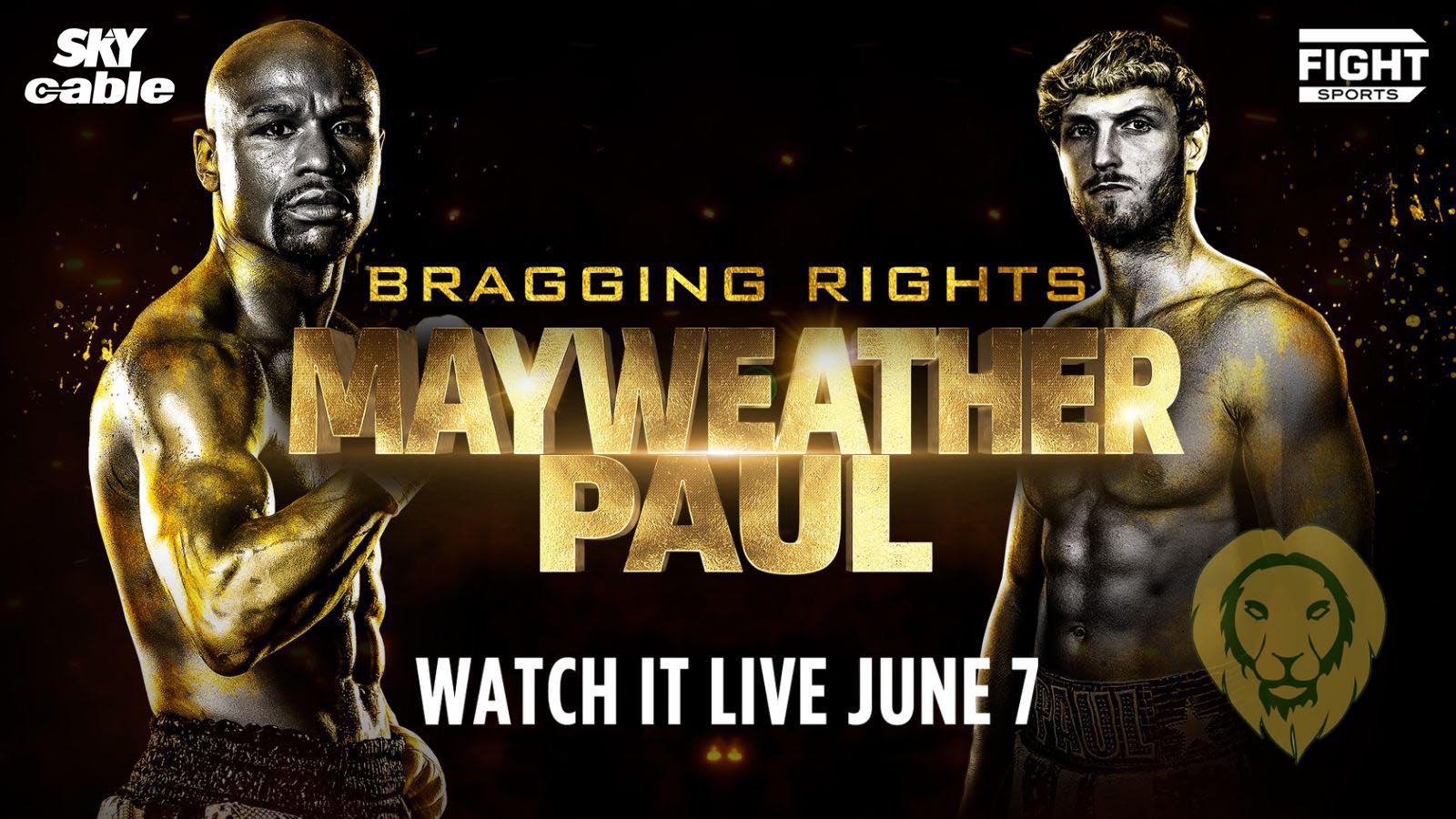 After announcing his retirement in 2017 following his match against former two-division MMA champion Conor McGregor, Mayweather makes his awaited return to the squared circle. With an unblemished record of 50-0 (27 wins by KO), the American pound-for-pound fighter holds an impressive boxing résumé, beating high-profile pugilists including Canelo Alvarez, Juan Manuel Marquez, and most notably the “People’s Champ” Manny Pacquiao.

Find out who will take home the bragging rights in the main event as Fight Sports HD brings to Pinoy fight fans “Mayweather vs. Paul: Bragging Rights” live from Miami, Florida this June 7 at 10 AM.

Fight Sports HD is available on SKYcable channel 187 for subscribers within the Greater Manila Area and Batangas.

Add Sports Pack to your plan for P550 per month via Select to get your fight fix 24/7 with Fight Sports and other sports channels. Visit mysky.com.ph/getsportspack to avail.