“He’s Into Her,” Star Cinema’s newest youth-oriented series about empowerment starring Donny Pangilinan and Belle Mariano became one of the most talked about shows on social media, landing number 6 on the TheWit.com’s Social Wit List, a round-up of shows that have generated the biggest buzz on Instagram in May. 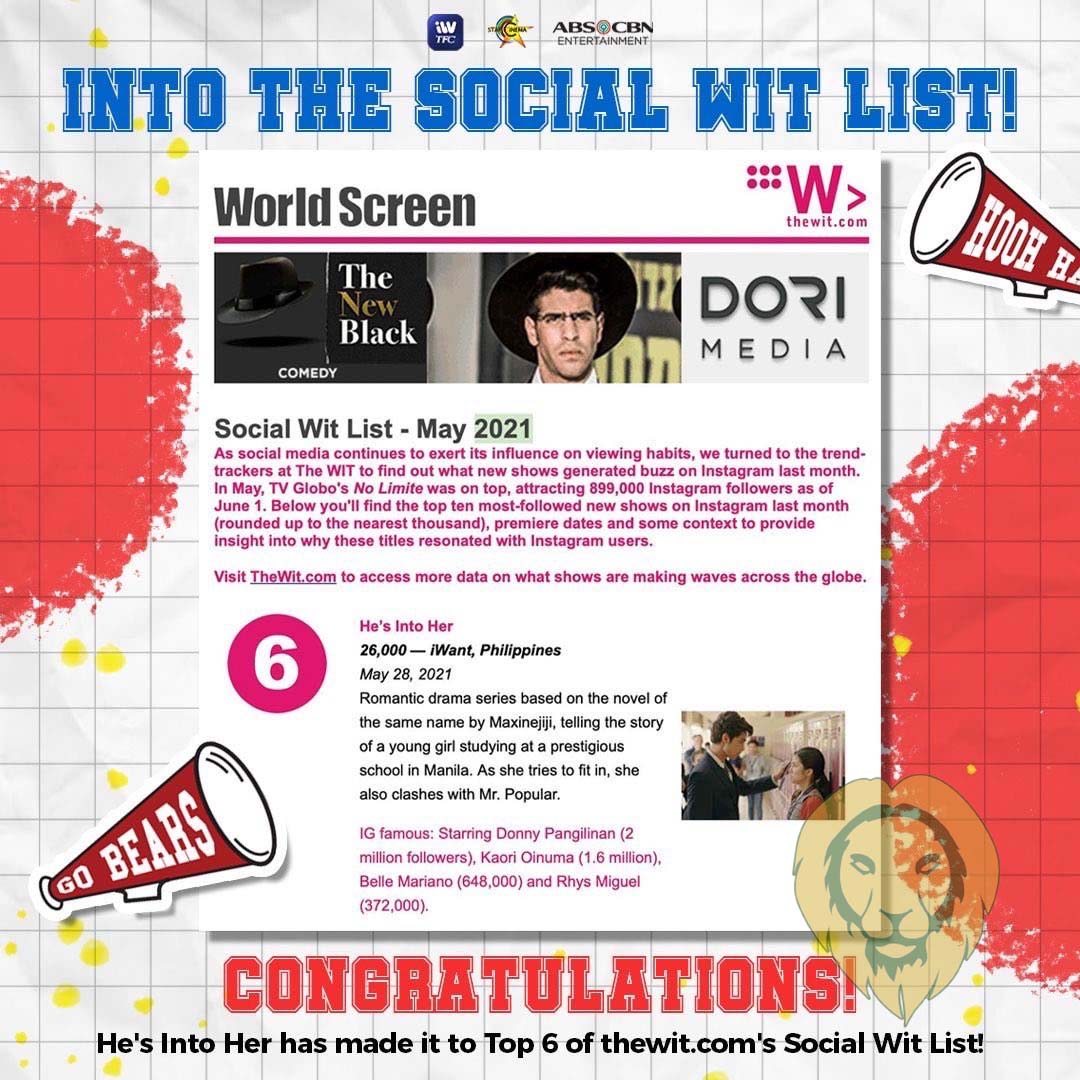 According to TheWit.com, a website that provides producers, broadcasters across the globe with information about the best television and digital content in development, the series registered around 26,000 followers who anticipated the pilot episode on iWantTFC, TFC, A2Z, Kapamilya Channel, and Kapamilya Online Live.

At the virtual thanksgiving party held last May 10 (Thursday), the cast thanked its viewers and supporters for the support that they have received. Belle expressed her gratitude to the bosses of ABS-CBN, director Chad Vidanes, the writer of the novel, Maxine Lat, and head writer and creative producer, Vanessa Valdez.

“This is quite a journey. Noong una, walang naniniwala but they were all their supporting me. Thank you sa cast for being so amazing,” she added.

Meanwhile, Donny said he did not anticipate the cast would work out so well. “Wala naman kaming prior projects. Everyone proved our doubters wrong. It’s not just that, mas nag-excel pa kami,” he said.

The show also broke records as it catapulted iWantTFC to the top of the list of most downloaded apps in the country when it premiered. Its third episode drops in advance today (June 11) on iWantTFC, featuring Deib (Donny) going head-to-head with their school rival’s team captain, Randall (Jeremiah Lisbo). But this won’t distract him from carrying out his plans in trying to drive Maxpein out of Benison High.

Catch “He’s Into Her” on the Kapamilya Channel, A2Z, TFC, and on Kapamilya Online Live via the YouTube channel and Facebook page of ABS-CBN Entertainment every Sunday.