Talented netizens who aspire to exhibit their unique or hidden skills now have a chance to be a part of Jeepney TV’s newest digital campaign, “Kumu’s Greatest Show (KGS).” 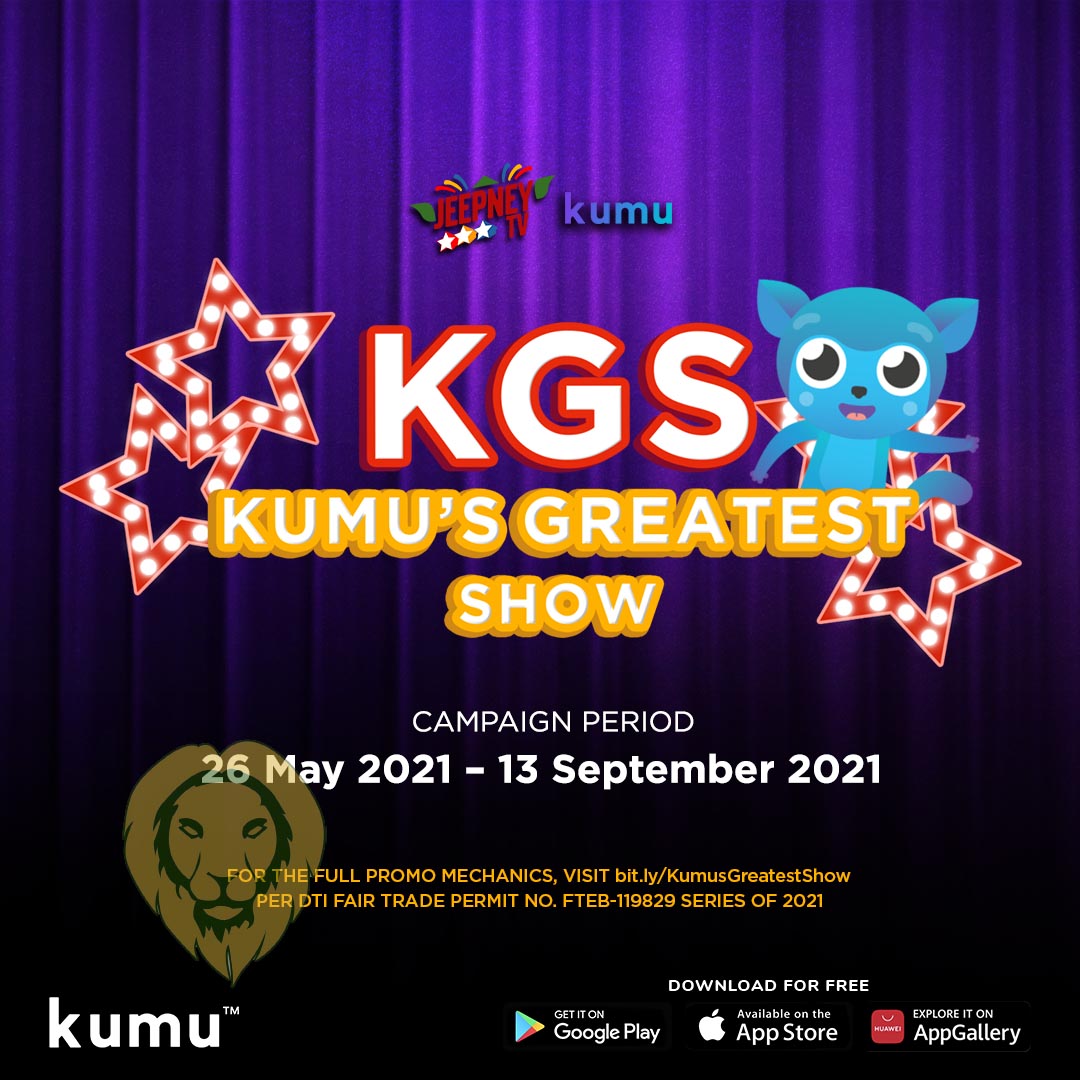 The contenders will get a chance to be hailed as the first-ever KGS grand champion who will win P100,000 worth of cash prize and appear in various Kapamilya programs and FYE Channel livestreams on Pinoy community app kumu.

Everyone aged 18 years old and above—regardless of nationality and residence—is welcome to join by doing public livestreams using their kumu account and collecting either of the ‘Play Pa More!’ and ‘1Minute Pa More!’ virtual gifts from their viewers.

By the end of the campaign period at 10 PM (Manila Time) on June 18, the top 16 users in the leaderboard will be officially named as contenders for a soon-to-be launched Jeepney TV show on kumu. 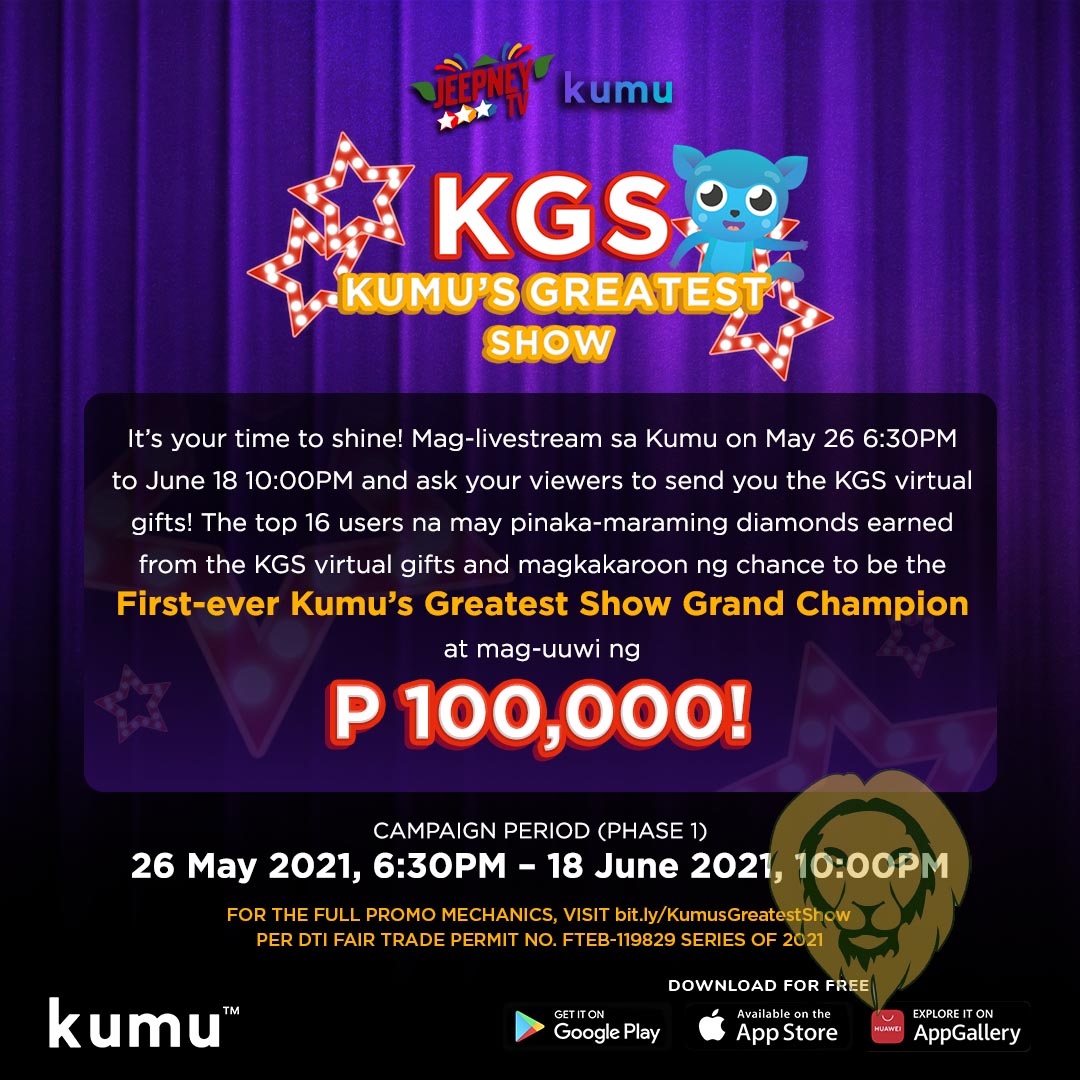