Kapamilya star Julia Barretto made the rounds on social media as netizens noticed how she deleted a picture of her boyfriend Gerald Anderson on her Instagram profile.

The 24-year-old actress recently posted a picture of Anderson on her Instagram account with the caption “missing” along with a pleading, smiling face with three hearts, and red heart emojis.

The photo showed the actor in the house of Barretto and is lying beside a St. Bernard dog named Amari.

Currently, Barretto is in a lock-ni taping in Subic, Zambales. She is set to star in a TV5 series with Marco Gumabao titled “Di Na Muli.”

Shortly after posting the photo of her boyfriend, the young actress decided to take the photo down.

The actress did not disclose the reason why she deleted the photo but netizens speculated that it is because the posted photo was from way back when the two still did not admit their relationship. 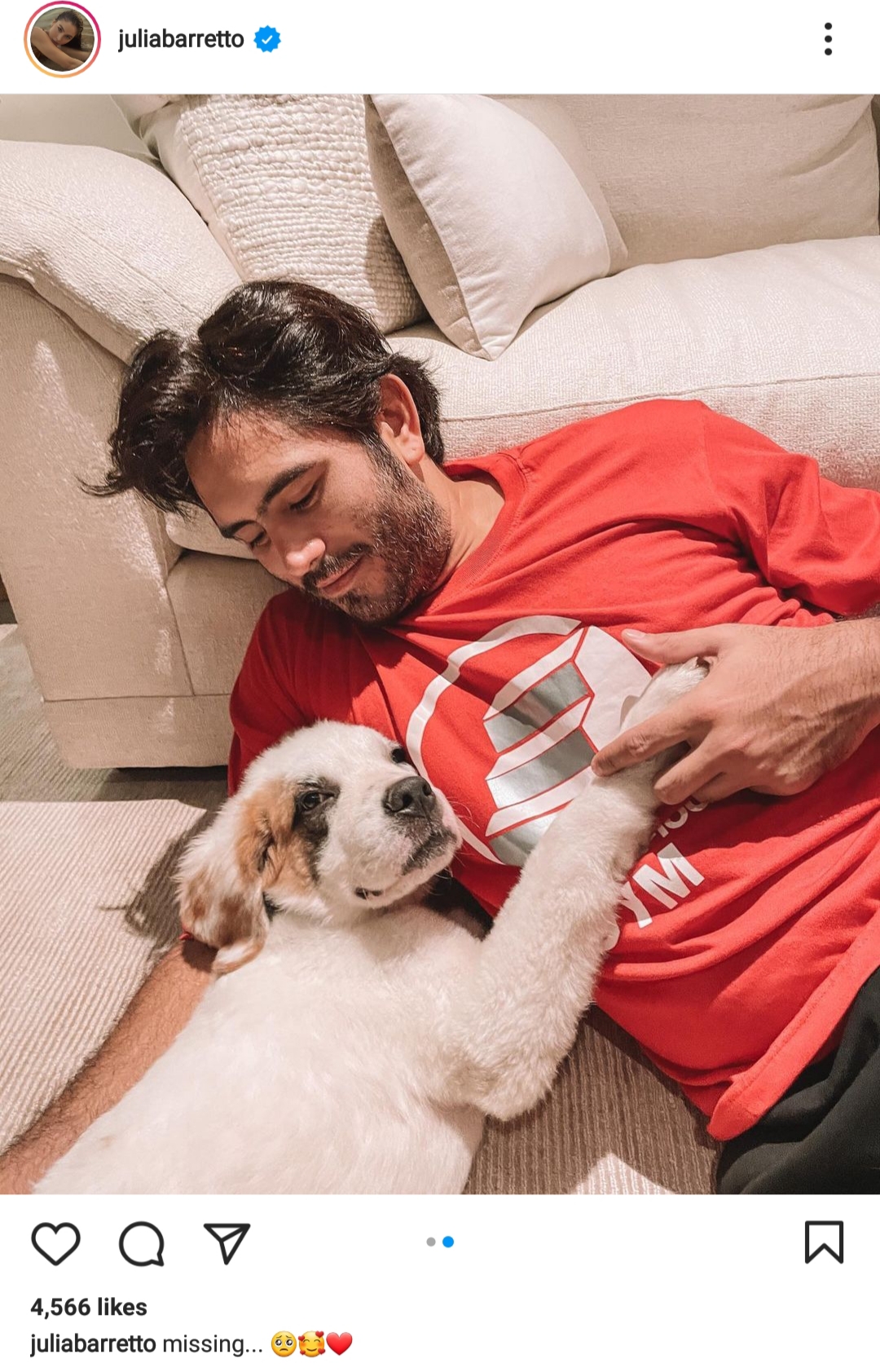 Some netizens even quipped that the actress misses something else other than her boyfriend.

Of course she misses their lusting all day all night…🤣🤣🤣🤣

Other netizens said that the deleted photo might mean that the couple broke up but Barretto still has other pictures of her boyfriend on her Instagram account.

Previously, the actress admitted that she is willing to leave her career in showbiz and choose to live a simple life with Anderson.

With this, the couple is still going strong with their relationship despite their past controversies.

Their relationship became controversial as the actor got accused of cheating with his previous partner, Bea Alonzo.