The biggest and brightest Kapamilya idols gather on “ASAP Natin ‘To” live, this Sunday (July 11) on Kapamilya Channel, A2Z, and TV5 as ABS-CBN pays tribute and expresses its gratitude to Filipinos for their continued trust and support for the company in the face of challenges, through its new thanksgiving campaign “Andito Kami Dahil Sa Inyo,” which will be launched on “It’s Showtime” today (July 10). 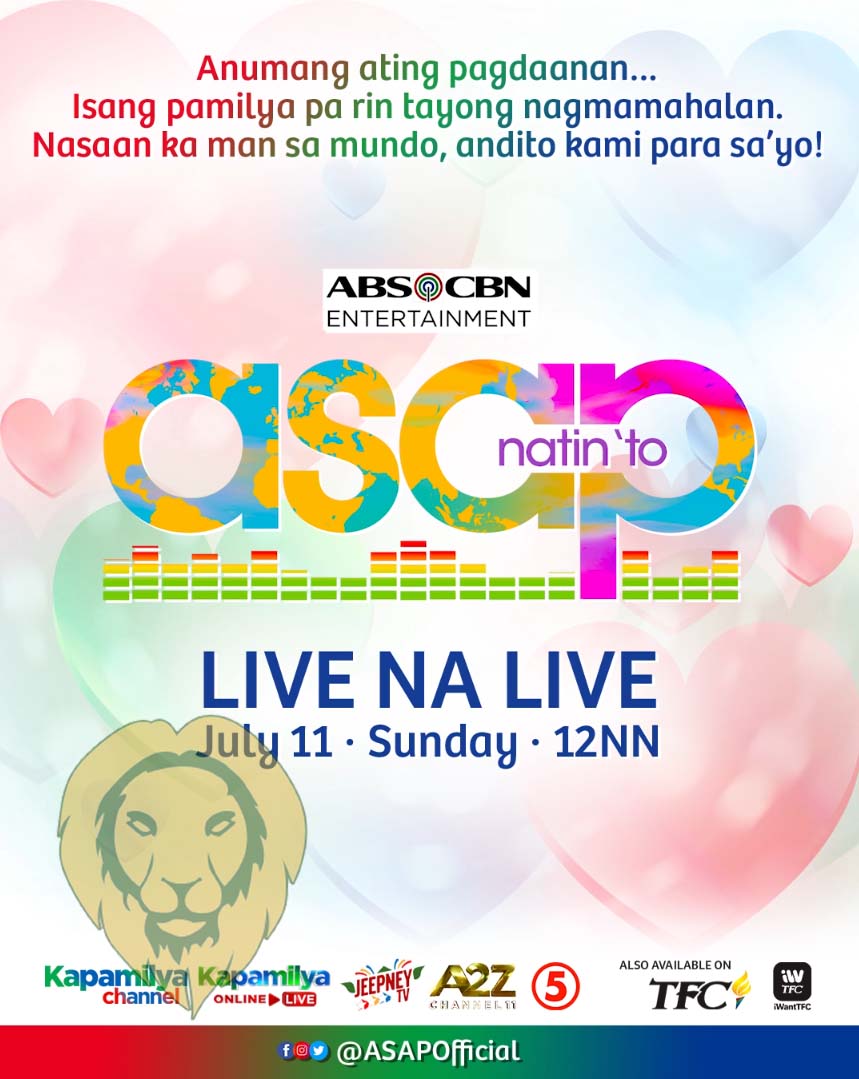 Viewers will be treated to non-stop world-class performances, including the coming together of Star Magic artists in dance numbers featuring TikTok hits, which will include a dance showdown from ASAP dance royalty Kim Chiu, Jane Oineza, Heaven Peralejo, Maris Racal, Vivoree Esclito and Maymay Entrata.

Set to amaze are heartthrobs Robi Domingo, Iñigo Pascual, Kyle Echarri, Darren, and OPM hitmaker Ogie Alcasid as they transform into Hagibis in the newest edition of “ASAP Transformation.”

This is a grand celebration you should not miss as ABS-CBN gives thanks to all avid Kapamilyas with all-star performances from the country’s longest-running musical variety show, “ASAP Natin ‘To,” live this Sunday, 12 NN on local TV via Kapamilya Channel, A2Z, and TV5, online through Kapamilya Online Live and iWantTFC, and worldwide via TFC. Viewers who use any digital TV box at home, such as the TVplus box, only need to rescan their device to watch “ASAP Natin ‘To” on TV5 and A2Z.