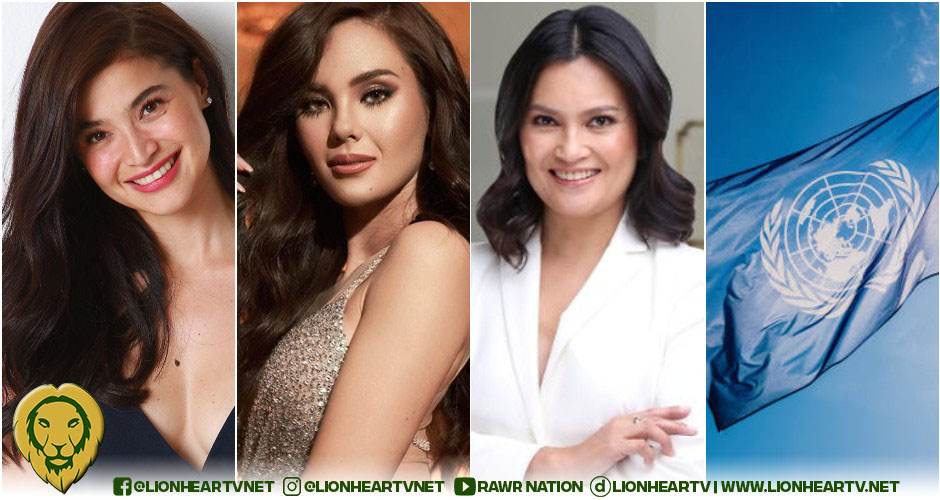 Under Philippine law, enshrined explicitly in the country’s revised penal code (RPC) and the Anti-Rape Law or R.A. 8353, children as young as 12 years old are allowed to give permission when it comes to sex.

This is what the United Nations Children’s Emergency Fund (UNICEF) is aiming to change.

In a series of tweets, Curtis shared how she was shocked to know that a Philippine law protects child molesters.

In her first tweet, the actress was disgusted that the Philippines allows a minor as young as 12 years old to have sex as long as it is consensual. Curtis was sick to the stomach after finding out.

I know this may be tough to read but please take the time. Can you believe, at 12 years old an adult can have sex with a child & claim it’s consensual? This makes me sick in the tummy. You aren’t even legally allowed to get married, vote, get a license yet.. but this is allowed? https://t.co/grl7r7JSWJ

The actress then expressed her support with the UNICEF in making Congress amend the previous law by “increasing the age of statutory rape to at least 16 years old.” Curtis even argued that a study from the Department of Social Welfare and Development (DSWD) showed that most rape victims and child incest were between the ages 14 and below 18.

This is URGENT. I stand with UNICEF as they call on the Philippine Congress to IMMEDIATELY pass a law that increases the age of statutory rape to at least 16. Data from DSWD has shown that most victims of rape and child incest are between the age of 14 to below 18. https://t.co/grl7r7JSWJ

The actress then pointed out that the age of consent should be “way above” the minimum age set by R.A. 8353.

R.A. 8353 specifically explained how and when rape had been committed. It says in Article 266-A sec. 1.d, “When the offended party is under twelve (12) years of age or is demented, even though none of the circumstances mentioned above be present.”

Way above the minimum age set by the RA 8353. Another concern that should be given light is how equally vulnerable boys are to rape hence an amendment should be made to the Anti-rape law where the perpetrators should be equally punished…. https://t.co/grl7r7JSWJ

Curtis also stressed that rape does not choose its victim as it similarly affects both genders, especially on children. The actress noted that children should be equally protected against rape and incest.

It doesn’t matter if the child is a boy or a girl. The trauma these children suffer from is exactly THE SAME. They should have equal protection rights. With the opening of congress happening soon I believe this to be a grave matter,… https://t.co/grl7r7JSWJ

In her final tweet, Curtis urged everyone to help Congress take this concern as a matter of importance.

specially during this time where children are potentially more at risk.

Beauty queen Catriona Gray also urged Congress to increase the requirement for sexual consent on rape. Gray noted that the age requirement as a requisite for rape is the lowest in Asia and the whole world.

Calling on Philippine Congress ‼…It's MORE than alarming that the age of sexual consent in our country is still 12 YRS OLD. Not only is it one of the lowest in Asia and in the world, but it leaves young children in the PH vulnerable to abuse and exploitation. Please act now! https://t.co/Kvkbxw6JtT

Paez and Jose also shared the same sentiment as Curtis and Gray as she emphasized that this requirement should be changed.

Meanwhile, Mrs. Han called out Representatives Rodante Marcoleta, Jesus Crispin Remulla, and Mike Defensor to focus on ending child rape rather than push on the ivermectin drug as a cure for Covid-19.

She also called out Cong. Lucy Torres to not defend the Anti-Terrorism Law or the Republic Act No. 11479 and instead give her attention in proving that the RPC’s definition of rape must be changed.

On December 1, 2020, the House of Representatives (HoR) had approved House Bill 7836 (End Child Rape Bill) into the third and final reading. HB7836 aims to increase the age of sexual consent to 16, amending the 23-year-old Anti-Rape Law, as well as the RPC’s definition of rape.

The Bill received 207 affirmative votes last year to amend the Republic Act No. 7610 or the Special Protection of Children Against Abuse, Exploitation and Discrimination Act.

But six months have passed, and the Bill remains pending to be passed as law. The House will start its third regular session of the 18th Congress next week, and UNICEF and Filipinos are hoping that they will give the Bill into law.