Kapamilya young actress and The Gold Squad member Francine Diaz expressed her realizations from her recent crime thriller film Tenement 66 in a virtual media conference of their movie. 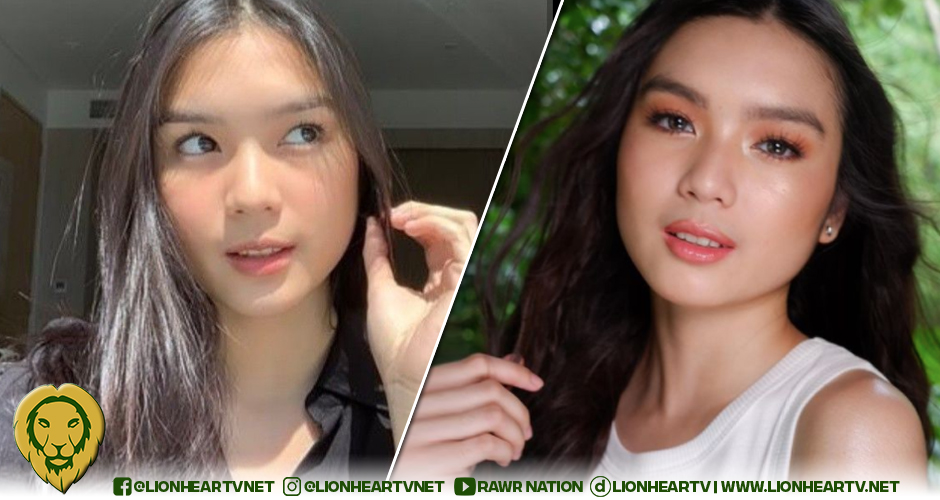 When asked about her take-away on the movie’s storyline, Diaz mentioned choosing kindness over hate and her stand on ruthless criticism and judgment.

The Gold Squad members recently went into issues concerning netizens’ bashing and ruthless criticism because of viral YouTube content uploaded on their Squad Plus channel.

The online community went clamorous when the supporters of the Gold Squad expressed their sentiments, and worst, their ruthless criticism and unnecessary behavior towards Andrea Brillantes, Kyle Echarri, Francine Diaz, and Seth Fedelin.

On their respective Twitter accounts, Francine’s Gold Squadmates posted their side of the story, where some of the netizens still feast on as if the discussion is an endless tunnel of controversies.

Brillantes tweeted her stand against bashing and ruthless criticism from netizens and her group’s supporters with Francine Diaz, Kyle Echarri, and Seth Fedelin.

There i made it easier for you to comprehend na pic.twitter.com/yWBk7Cvyax

Some of their avid followers did not buy his justification, knowing that both Echarri and Andrea went this far without even mentioning Francine Diaz, known as Chin’s name, directly in their posts with the ongoing buzz online.

So are you emphasizing @iamandrea_b that it is chin's fault why @kyle_echarri walked out and u are not faulted when in fact u r the one said it first? I dn't assume but I believed u retweeted her tweet b'coz u believe and still defend her despite of it, I pity @francinecarreld

If it's long ago na pala. Why didn't you say so kay chin? Why now, publicly? And you are squad right? diba dapat you're all defending each other? It's unfair kasi what's happening now so I'm speaking up for my sister.

On the other hand, Seth Fedelin only re-tweeted Blythe’s stand against the issue without even saying a word in the caption.

Days after the boom of the issue, some fans of ‘The Gold Squad’ still seemed to be on fire with the talk.

Kyle Echarri, in his post, shared about the ruthless behavior of some adherents who made unnecessary trouble to food delivery drivers by faking accounts using his identity to order food online without paying in revenge for Francine Diaz.

God Bless You & your family. pic.twitter.com/v5TmhUG5Md

With the gravity of the ongoing division, Francine stood and broke her silence to stop some of their supporters who faked accounts of Echarri without even thinking about the effect it may take on other people.

In her Twitter post, Diaz expressed her disappointment to some fans who became heartless with their action.

I can’t believe how heartless people can be nowadays, if you’re a true fan of mine, alam niyong hindi ko gugustuhin yung ginawa niyo.

Jayda Avanzado (daughter of Jessa Zaragoza and Dingdong Avanzado) came to the rescue by posting a tweet protecting her best friend, Chin, from the issue at hand.

love youu @francinecarreld ❤️ i’ve always got your back!! you’ve got me in your corner! https://t.co/D6IHEimmjX pic.twitter.com/RyvruJNXhq

Meanwhile, in her newest project, Francine plays the character of Lea, who finds herself doing the wrong things for the sake of her freedom from her father, who abuses and beats her.

Diaz defended the character she portrays to justify the deeds she has to do to survive.

The young actress is happy to share her recent achievement with her fans and supporters as she stars in the film Tenement 66, directed by Rae Red, under Dreamscape Entertainment and Epic Media.

Beginning July 23, the frightening story of three adolescent robbers in “Tenement 66,” representing the Philippines at the Bucheon International Fantastic Film Festival in South Korea, will be streamed worldwide on iWantTFC, KTX.ph, and TFC IPTV. For Filipino viewers, it will be accessible on SKY Pay-Per-View and Cignal Cable Pay-Per-View.