A year after the ABS-CBN franchise denial, Kapamilya employees and supporters remember Congressmen who voted against ABS-CBN’s franchise renewal. 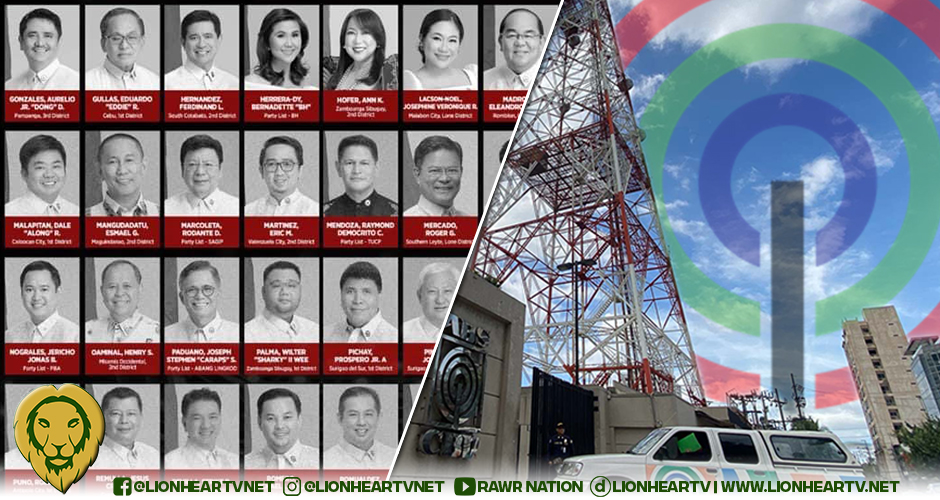 A year after the ABS-CBN franchise denial, Kapamilya employees and supporters remember Congressmen who voted against ABS-CBN’s franchise renewal.

Journalist Christian Esguerra assured that the people remember their vote to deny the franchise as he shares video interviews of Reps. Eric Martinez Eric Yap, and Sharon Garin.

Journalist Christian Esguerra assured that the people remember their vote to deny the franchise as he shares video interviews of Reps. Eric Martinez Eric Yap, and Sharon Garin.

Multi-awarded screenwriter Jerry Gracio expressed his disappointment with the votes of Reps. Wes Gatchalian and Eric Martinez from his hometown Valenzuela.

Gracio said that these lawmakers are DDS so, they chose to vote against ABS-CBN.

Many believe that the franchise denial was motivated by the personal vendetta of President Duterte against the embattled network.

ABS-CBN journalists Tarra Quismundo and Kevin Manalo remember the 70 solons as to the people who caused the unemployment of ABS-CBN employees amidst the pandemic due to the network’s shut down.

The 70 who decided the fate of thousands and left millions without a free source of reliable and critical information. Tomorrow, it would be a year since they rejected ABS-CBN's franchise bid. Never forget. #labankapamilya pic.twitter.com/JBo8lbKP0a

Let’s not forget how they killed employment of media workers in the middle of a pandemic just to please their master.

PBB ex-housemate Justin Dizon expressed ire over these lawmakers and said that karma will reach them soon.

ABS-CBN employees will surely remember the names and faces of these Congressmen and should be ready for the upcoming election, the day of the reckoning.

If any are defeated in 2022 chances are it won’t be because of this vote. https://t.co/t9UtyKO7bG

During the series of hearings, ABS-CBN has cleared out all the allegations thrown against them. Despite this, Congress still voted to reject their franchise renewal bid on July 10 last year.

The hearings would show that ABS-CBN and its officials have no violations. Everything was complied. Agencies were there to testify. Everyone was there to witness. Yet, the committee voted to deny the franchise of the application. Injustice. So justice will be likewise served.

The closure of ABS-CBN is an injustice that can only be
remedied by the grant of a new franchise. But that will not happen under the present dispensation, or under a new one that is similarly intolerant of criticism and the exercise of Constitutionally-guaranteed freedoms.(1/3)

In October 2020, Rep. Eric Martinez, one of the Solons who voted against the franchise, was placed in the hot seat when he was interviewed by ANC about his vote.

The anchor asked, “Are you proud of that vote?”

“Of course, you have to stand with what your . . . With what your decision is,” Martinez replied with obvious awkwardness.

The secrecy of the list of Solons proves the turmoil with the House members’ accountability and transparency.