Kapamilya TV host Kim Atienza had some words for President Rodrigo Duterte after the latter’s latest tirade against ABS-CBN in his final State of the Nation Address (SONA) on Monday, July 26. 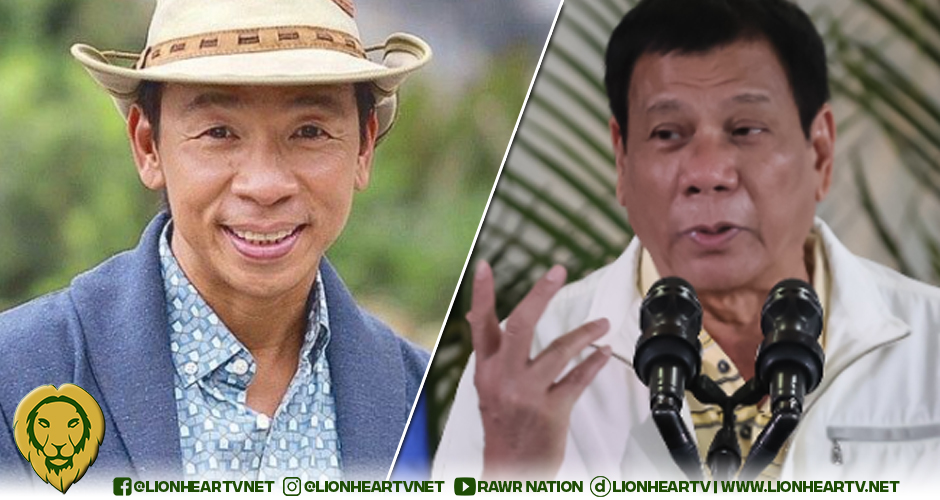 Duterte accused the Network of claiming that his daughter, Davao City Mayor Sara Duterte-Carpio, was a drug trafficker.

The President also insisted that ABS-CBN still owes the Government “billions of taxes.”

“Wala akong problema sa ABS-CBN. They want to return my money when the case blew up, but they printed all garbage, including my daughter as a drug trafficker. Nilamon ko na lang lahat ‘yun, because I never wanted to appear vindictive.”

The following day, July 27, Atienza reacted to Duterte’s tirade saying that the media company is already in shambles because of its inability to operate on free TV. To add, many Kapamilya employees have lost their jobs and their viewership has plummetted.

The blatant claim of Duterte also received the ire of Kapamilya employees and celebrities as it was a baseless accusation from the President since the Network did not publish an article claiming that the Presidential daughter was a drug trafficker.

Atienza also replied to a tweet sharing the news that Congress shut down ABS-CBN.

He replied: “Historical day forever etched in my psyche. The Lord giveth and the Lord taketh away. Blessed be the name of the Lord!”

Historical day forever etched in my psyche. The Lord giveth and the Lord taketh away. Blessed be the name of the Lord! https://t.co/yUPzO5I0Bx

His response took back to the 11,000 employees of ABS-CBN who lost their livelihood amid the pandemic.

Contrary to Duterte’s claim that the leading broadcasting network still owes the Government billions in taxes, the government agencies Bureau of Internal Revenue (BIR) and the Securities and Exchange Commissions (SEC) attested that ABS-CBN was compliant with its dues.

The Network’s tax evasion case already got cleared, but Duterte does not seem to trust his Government branch as he continues to insist that ABS-CBN have to pay the Government with billions of pesos.

Aside from ABS-CBN, Duterte also threatened telephone companies such as Globe and PLDT due to their poor services.

According to Atty. Terry Ridon, the President does not have the power to confiscate the telcos since their respective franchises are yet to expire.

Unfortunately, ABS-CBN, whose license expired on May 5, 2020, had made Duterte’s threat a reality. On July 10 that same year, Congress decided to reject the Network’s franchise renewal bid with a vote of 70-11.

ABS-CBN also made a deal with A2Z and TV5 to air some of its shows on free TV.

Atienza remains one of the hosts of the Network’s news program TV Patrol, despite what the Network is experiencing.