Actress-singer Julie Anne San Jose has been featured on a billboard for music streaming platform Spotify, which is now up on New York’s famous Times Square.

The award-winning hitmaker got featured on the electronic billboard found right at the center of Times Square for Spotify’s “Equal” campaign which aims to femme-power women all around the world. 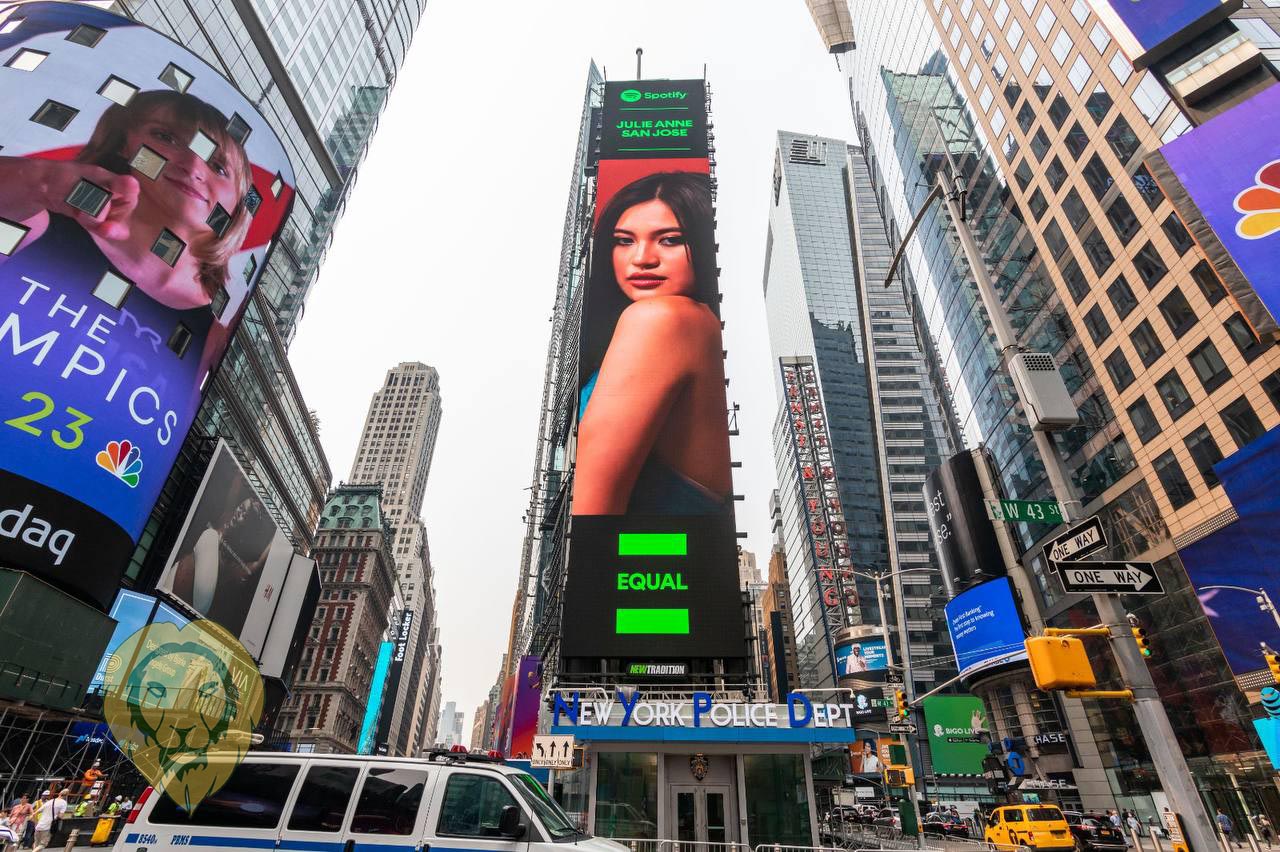 Julie Anne San Jose is also this month’s cover photo for Spotify’s Equal Philippines playlist and her single FREE is featured on Spotify’s Equal Global playlist alongside international artists such as Doja Cat, Ariana Grande and David Guetta among many others.

Behind the song “FREE” was a team of genius producers both from the US and the Philippines — Herdy Casseus, Andrew Gonzales, Carlisle Tabanera and Ito Rapadas. Julie Anne San Jose also co-wrote the song with Eduardo Gonzalez and Denise Pimping.