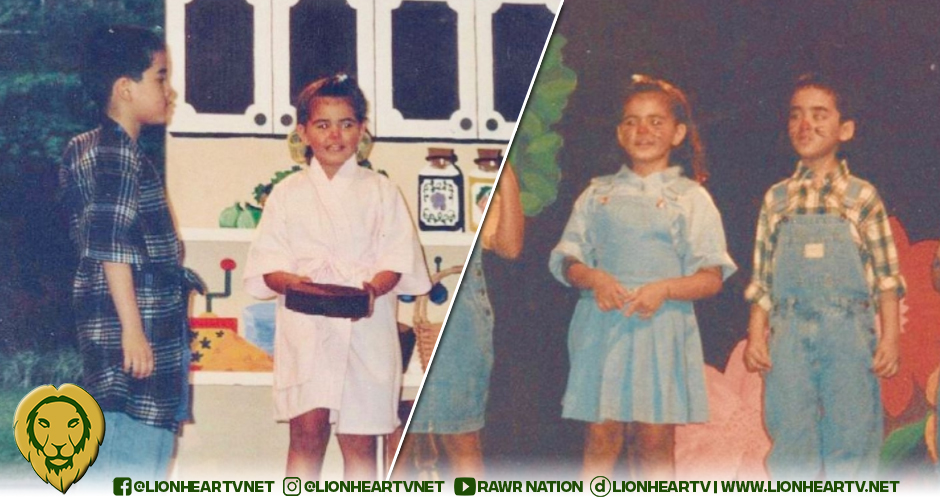 In an Instagram post by Gutierrez’s mom, Lotlot de Leon, she shared a photo of the two in a school play.

“Both meant to be great in their chosen careers! Napakasarap alalahanin at tignan! Nakaka proud talaga!” de Leon wrote.

Netizens were quick to notice how cute the two looked in the throwback photo and said that if the Pasig Mayor pursued a career in showbiz, he will be paired up with Gutierrez.

Gutierrez simply replied with, “Mamaaaa” along with laughing face emojis.

Sotto replied with laughing face emojis as well and noted that the said school play was his last appearance as an artist.

People said that Sotto should try out acting again even just by appearing as a guest in Gutierrez’s upcoming Kapamilya series.

Janine Gutierrez became a Kapamilya in January 2021, after being with the GMA network for nine years.

She is set to star in ABS-CBN‘s upcoming family drama Marry Me, Marry You. She will star alongside Paulo Avelino and newly transferred Kapamilya Sunshine Dizon.

Vico Sotto is currently the Mayor of Pasig City. He is known for showing great service to the public as he was recently recognized by lifestyle publication People Asia as this year’s “People of the Year” along with Leni Robredo and other public officials.

He also bagged the title “People’s Choice” awardee after being voted by the magazine’s readers.