“Tenement 66,” the country’s entry to the Bucheon International Film Festival in South Korea produced by iWantTFC and Dreamscape Entertainment, is set to keep viewers on the edge of their seats as it premieres on SKY Pay-Per-View on July 23 (Friday). 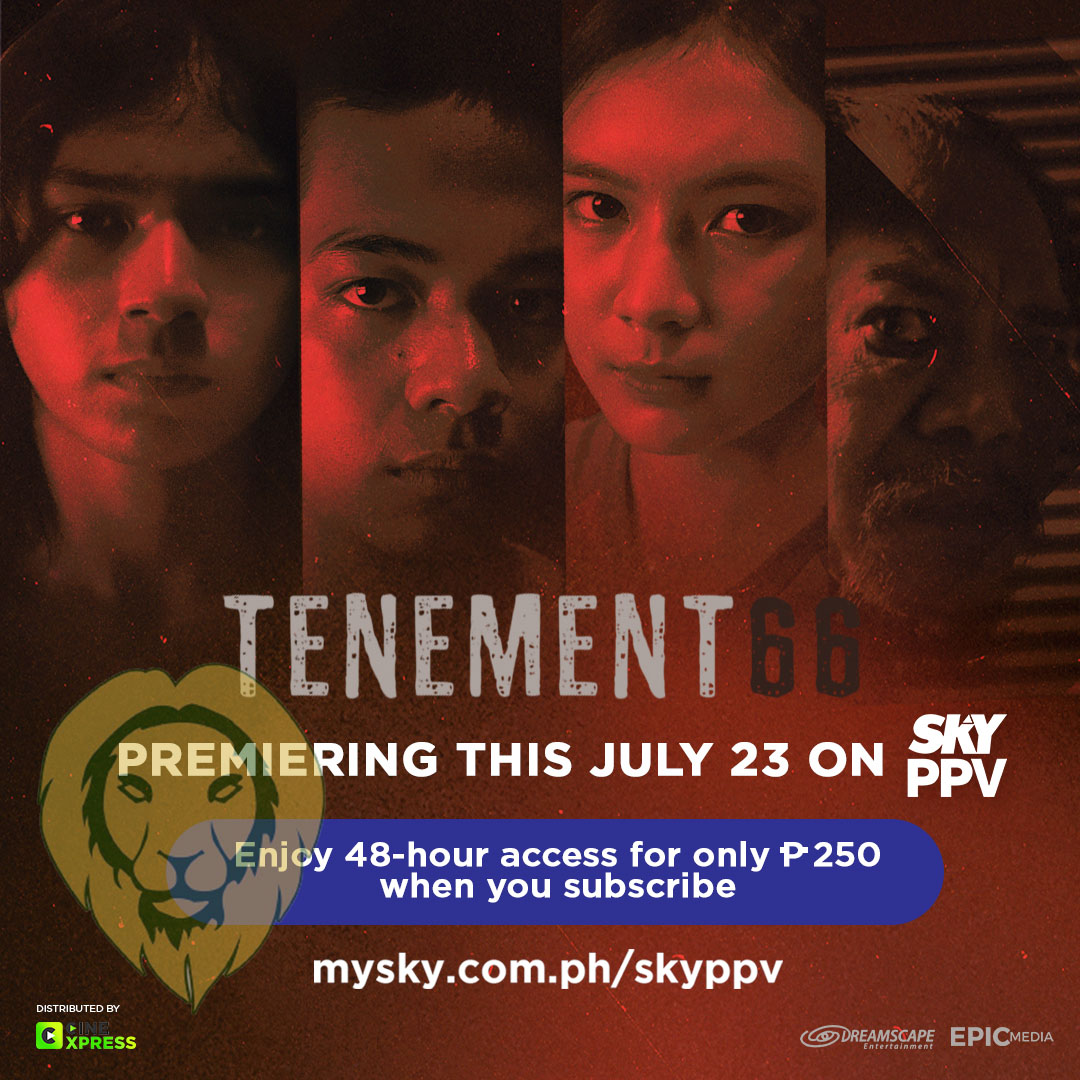 Lea (Francine) and her neighbors (Francis and Noel) execute a plan to rob the apartment of a man named Nando (Lou Veloso), whom she also caught stealing a large sum of money. In an attempt to take hold of the stolen cold-hard cash, their lives will suddenly be in peril after being held hostage by the gruesome homeowner and his aid in a series of bloody and suspense-filled confrontations.

Catch “Tenement 66” commercial-free and in high-definition on SKY Pay-Per-View from July 23 to August 23 on SKYcable.

Subscribers can now avail of its PPV pass for only P250 and get 48-hour movie access. To subscribe, visit mysky.com.ph/skyppv or text SKY PPV to 23662.