TV5 is now expected to get more ABS-CBN shows following the network’s huge rating leap in the previous months. 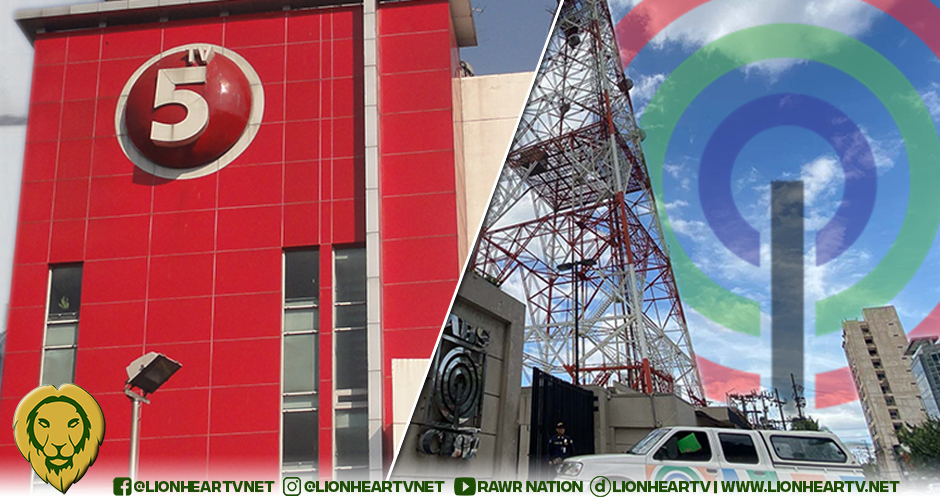 Aiming to reach a wider audience both on analog and digital, TV5 collaborated with ABS-CBN this year.

It was announced by Cignal and TV5 chairman Manny V. Pangilinan on March 06, 2021.

He wrote on Twitter, “Cignal and TV5 make for an exciting lineup this 2021. Together with ABS CBN, we are proud to bring you some of television’s most-loved series. Great times ahead!”

In January of this year, rumors about TV5 getting Kapamilya shows emerged following the entry of ASAP Natin ‘To and FPJ Da King in the TV5 program lineup.

However, Pangilinan initially tempered the idea of having more Kapamilya shows on TV5, saying that it is too early to tell if there will be an expanded deal between the two networks.

In May 2021, TV5 launched its new network campaign, “Iba sa 5″ to showcase its unique programming lineup and top-notch entertainment produced by the best content creators and production houses.

As the months passed by, TV5 has shown remarkable viewership growth nationwide.

According to the latest Nielsen ratings, TV5’s performance has been on a consistent uptrend. With its weekday primetime block growing from a 5.3 audience share in January to 12.9 as of the end of June and its weekend primetime improving from a 4.2 audience share to 6.9, the network has registered an 89% growth in total viewership. It is now the country’s second most highly rated channel.

TV5’s pillar primetime programs—Frontline Pilipinas, Sing Galing, Niña Niño, John En Ellen, Rolling In It, The Wall Philippines, and Puto continuously climb in the rating board with its high viewership in the Visayas and Mindanao.

Laurena recognized the positive reinforcement of ABS-CBN’s shows to TV5’s audience shares nationwide, adding that he is grateful for the collaboration.

“TV5’s airing of ABS-CBN’s primetime programs has significantly boosted our audience shares not only in Mega Manila but in the southern regions as well. For this, we are extremely grateful for the Cignal TV and ABS-CBN content collaboration, which made all this possible,” Laurena shared.