Filipinos get ready as we welcome September with all six episodes of the brand-new unscripted HBO Original series WE’RE HERE which will debut exclusively on HBO GO on Wednesday, September 1.

The Emmy nominated reality series recruits local residents across small-town America to participate in a one-night-only drag performance. In each episode, renowned drag queens and former RuPaul’s Drag Race contestants Bob the Drag Queen, Eureka O’Hara and Shangela Laquifa Wadley visit a different small town to inspire and teach their own “drag daughters” to step outside their comfort zone for a night of no-holds-barred, full-on drag. 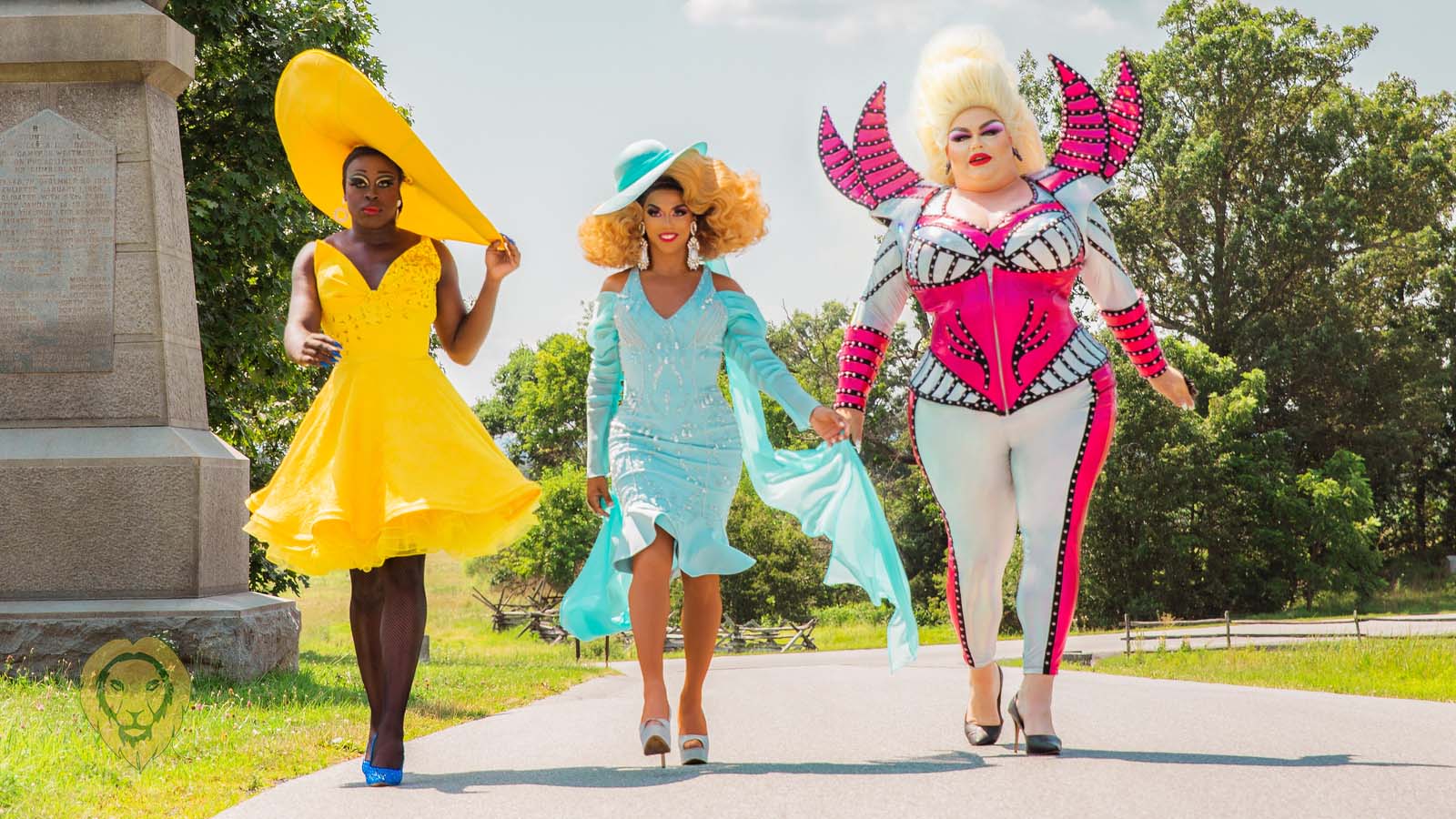 Episode 1: “Gettysburg, Pennsylvana”
Bob the Drag Queen, Eureka O’Hara, and Shangela Laquifa Wadley arrive in Gettysburg, Pennsylvania to put on a one-night-only drag show featuring locals in need of a little support and empowerment, including: Hunter, a young, gay make-up artist yearning for a deeper connection with his father; Darryl, a local college admissions officer hoping to tell a story of race in America while being an effective ally to the LGBTQ community; and Erica, a conservative Christian mother eager to reconnect with her estranged daughter Hailey, who recently came out as bisexual.

Episode 2: “Twin Falls, Idaho”
Bob, Eureka, and Shangela head west to Twin Falls, Idaho, a conservative, predominately Mormon community in Magic Valley. There, they meet Michael, Owen, and Amelia, a group of local drag artists who need help forming a community. In order to do just that, the queens work with: Clifton, a young, straight musician trying to make amends for his past by testing his definition of masculinity; and Brandon, a trans man, and his wife, Mikayla – high school sweethearts from religious families – who are looking for the wedding experience they didn’t have the first time around.

Episode 3: “Branson, Missouri”
Debut date: Wednesday, September 1
In Branson, Missouri, a wholesome showbiz town smack in the middle of the Bible Belt, Bob, Eureka, and Shangela help three locals struggling to be their true selves in a community that prides itself on its traditional, religious values. Among them are Tanner, a young actor questioning whether it’s possible for him to be both Christian and gay; Charles, a classically-trained dancer who wants to show that he’s not just out, but proud; and Chris, a father grappling with mental health issues who’s determined to embrace his emotions for the sake of his daughter.

Episode 4: “Farmington, New Mexico”
The queens journey into the desert to help the residents of Farmington and Shiprock, New Mexico foster unity and open-mindedness. In the process, they enlist: Nate, a gay, indigenous photographer eager to make a deeper connection with his Navajo people; Nicole, a proud lesbian, public defender, and local LGBTQ activist who’s constantly misgendered because she wears “men’s” clothes; and Stacey and Jasmine, a mother-daughter duo processing the traumatic suicide of their beloved daughter and sister DJ, who struggled with not feeling accepted as a lesbian in her community.

Episode 5: “Ruston, Louisiana”
Bob, Eureka, and Shangela head south to Ruston, Louisiana to shake things up for a small town that’s in need of some change. Among their drag children are: Jose, a young gay man tired of censoring himself in order to gain respect and acceptance from others; lifelong Ruston resident Stacy, an ex-firefighter and straight ally dedicated to using his influence to make his LGBTQ community members feel welcome; and Lynn, a tenacious, proud lesbian who – despite the loss of her left arm and leg – is ready to reclaim her independence and dust off her old cowboy boots for her drag king debut.

Episode 6: “Spartanburg, We Make It Werk”
Season finale. When COVID-19 disrupts their production schedule, the queens do what they do best: they make it work. Featuring some never-before-seen performances, Bob, Eureka, and Shangela reflect – from the comfort of their homes – on ho drag changed, and evwen saved, their lives. As the queens explore We’re Here’s impact, they shed new light on the life-changing experiences they’ve had traveling across the country and meeting local LGBTQ community members.

Stream or download WE’RE HERE on HBO GO. Watch other reality series like SELENA + CHEF, FBOY ISLAND and more on HBO GO. Download the app at the App Store or Play Store on your device. You can also access HBO GO via Cignal, Globe and Skycable or at https://www.hbogoasia.ph/. HBO GO can be accessed via Android TV, Apple TV, LG TV and Samsung Smart TV – and comes with AirPlay and Google Cast functionality.