GMA Network maintains its lead in the rating chart even though TV ratings have dropped. On August 16 and 17, four out of five highest-rated programs are Kapuso shows. 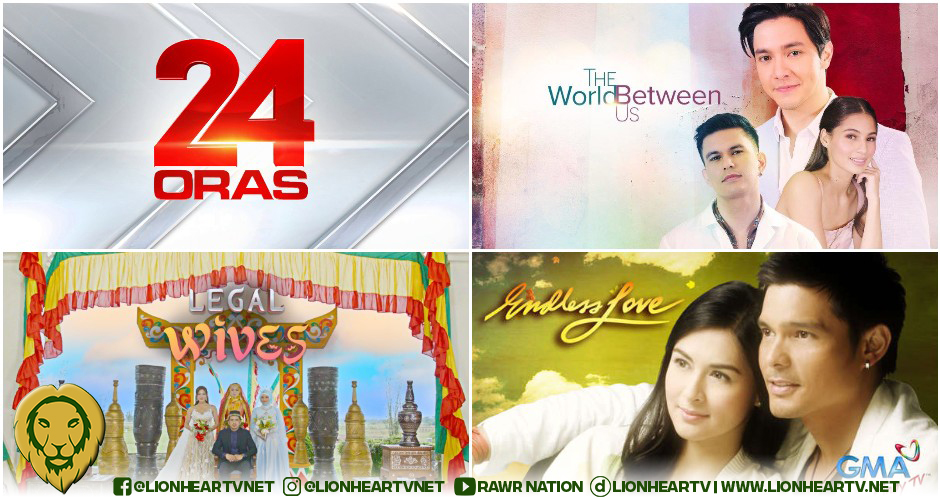 These four are the news and current affairs show 24 Oras and teleseryes The World Between Us, Legal Wives, and Endless Love.

In terms of online views, 24 Oras earned 340k views on Monday and 466k views on Tuesday, as of writing.

Second is the Alden Richards, Tom Rodriguez, and Jasmine Curtis-starrer series The World Between Us with 14.0% on August 16 and 13.8% on August 17.

In terms of online views, TWBU earned 30-70k views on Monday and 40-80k views on Tuesday, as of writing.

On the third spot is the controversial Muslim-themed series, Legal Wives with 12.2% on August 16 and 11.9% on August 17. Legal Wives topbills Dennis Trillo, Andrea Torres, Bianca Umali, and Alice Dixson.