Haters of Kiko Estrada and Heaven Peralejo expressed how they feel toward the couple’s ridiculous sweetness. 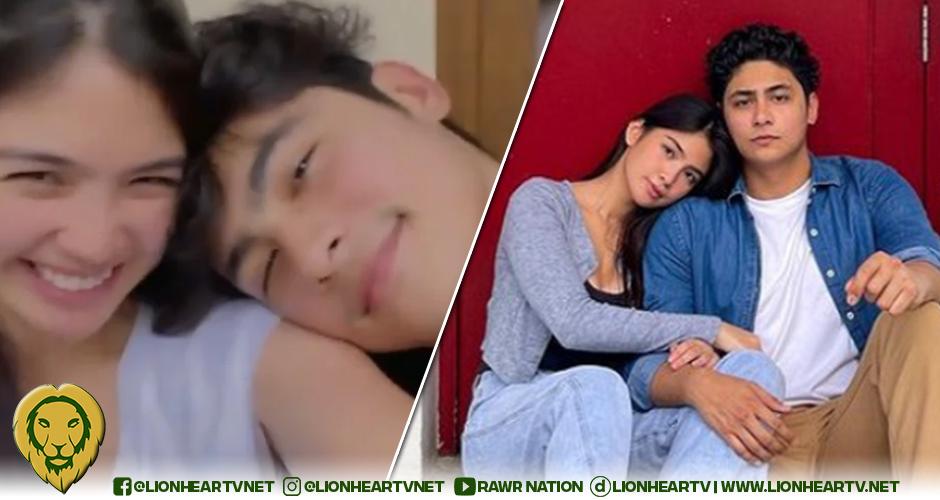 Via Instagram stories, Peralejo shared a video of Estrada resting on her shoulder.

They are surprisingly joyful together, but the netizens are not [quite] happy with them.

A user is doubtful that there was no cheating that occurred.

Hay naku, Kiko Estrada. A sweet spirit like Devon wouldn't lie and make up stories. Her sisters and friends wouldn't react the way they have if there wasn't no cheating at all. Take your bullshit elsewhere. You and Heaven truly deserve each other. 🤡

You will forever be a douche, Kiko. And you Heaven? Change your name. It does not suit you.

Someone summarized the couple’s unbelievable timeline.

Dj chacha tweeted a general post about sa mga mang aagaw, however Heaven's mom reacted indifferently haha. Not long ago, Kiko & Devon broke up, their close people confirmed that due to 3rd party, Heaven. Heaven denied it but last week her and kiko confirmed their relationship lol

Somebody has expressed a sickening dislike over the new couple.

A different account posted the two are both trash and a match that was made in a dumpsite.

An account also stated describing Peralejo as a snake.

Someone called out the two to stop using the victim card and identified them as a cheater and a snake!

In March 2021, Devon Seron and Estrada were rumored to have broken up because of a third party, and Peralejo was accused of being the reason why the couple has ended their relationship.

Peralejo had set things straight, saying she has no involvement with the breakup of Seron and Devon. Estrada shared there was no “overlapping” that have happened between his relationship with Seron and Peralejo.

In August 2021, Estrada and Peralejo confirmed their relationship through a series of Instagram posts.