Peterson’s (JM de Guzman) scheming continues as he vowed to leave no stone unturned in getting his family back in the face of Rita’s (Yam Concepcion) unchanging resolve to seal their annulment in “Init sa Magdamag,” which airs nightly on TV5, A2Z, Kapamilya Channel, and Jeepney TV. 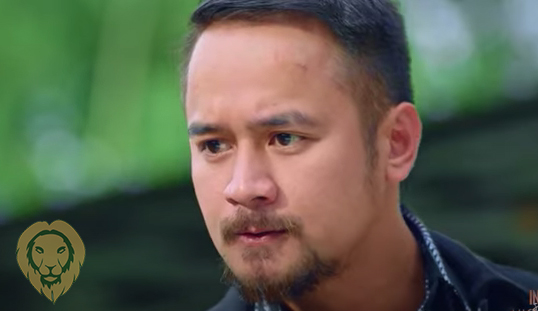 As he visited Rita and her baby, he also tried to earn her favor as he brought with him news that he has returned Vela Mines to its rightful owner, which Rita had been fighting for. Rita may have been happy with it but she remained firm in leaving her marriage as she clarified arrangements for Peterson’s visitation rights with baby Andrew.

Already displeased by what he had heard, Peterson erupted into anger as Tupe (Gerald Anderson) and Hannah (Alexa Ilacad) arrived, demanding the two leave and saying the doctor had no right to be there. But Rita had already decided that she would give Tupe the right to visit his son. Soon, Peterson was once again consumed by suspicions of Rita’s infidelity and swore to take back the family that he had lost.

Will his jealousy and obsession drive Peterson over the edge? When will Rita find peace?

Produced by Star Creatives, “Init Sa Magdamag” is under the creative management of Henry Quitain and the direction of Ian Lorenos and Raymond Ocampo.

Watch “Init sa Magdamag” nightly at 9:20 on TV5, A2Z, Kapamilya Channel, Jeepney TV and Kapamilya Online Live via the YouTube channel and Facebook page of ABS-CBN Entertainment. Outside the country, it is available on The Filipino Channel while advance episodes can be accessed on iWantTFC and WeTV iflix.