Great films are meant to be rewatched, hidden gems are meant to be shared.
Ready your popcorn for a movie marathon – from the critically-acclaimed, Parasite, to highly-recommended films Unforgettable, My Wife Got Married, Bank Attack, and Shadows In The Palace. 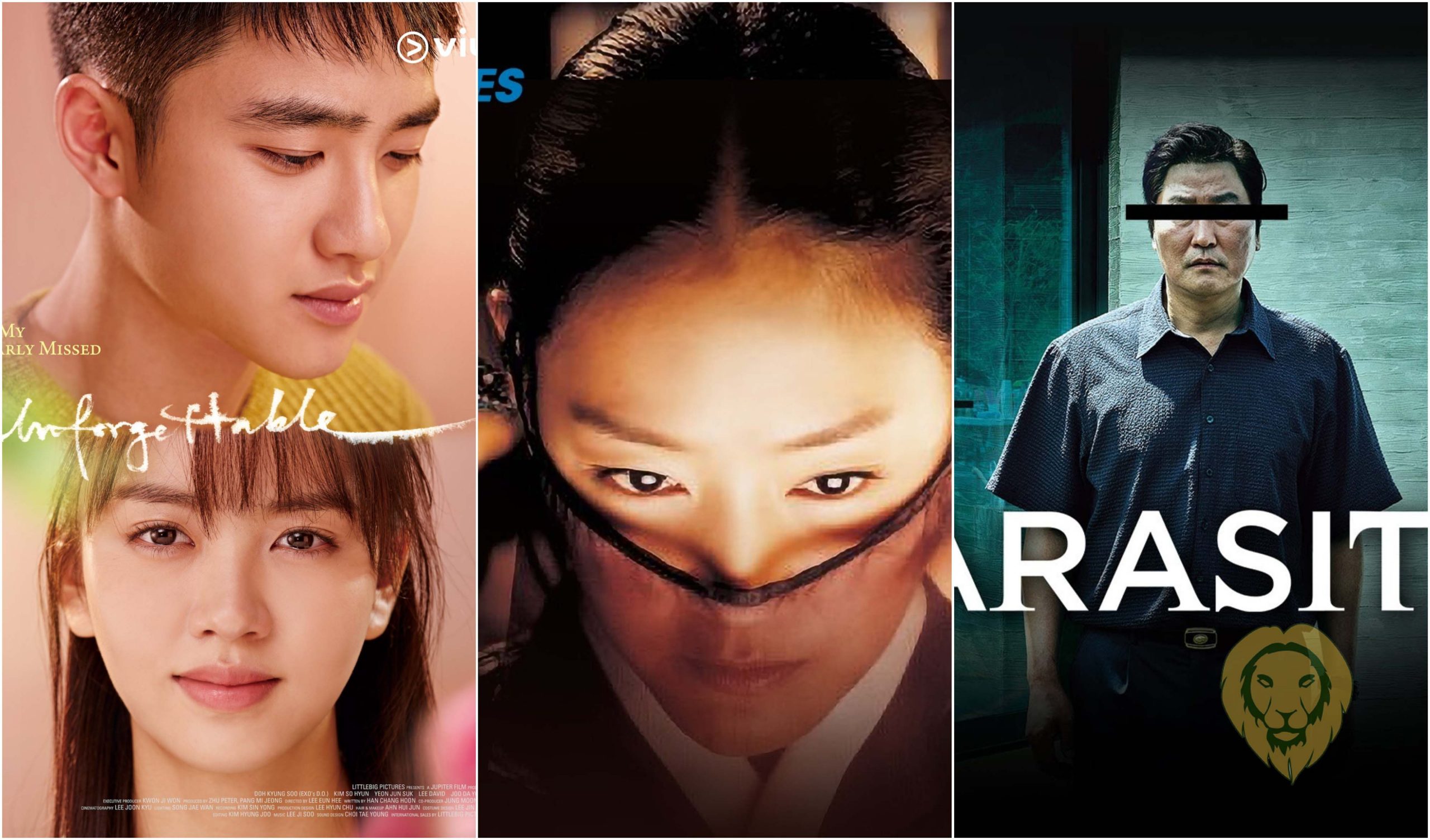 Unforgettable, When a letter and cassette tape from 23 years ago show up at a radio station, the radio DJ and his old friends reminisce on the bittersweet summer they last spent together as kids. Every summer, Soo Ok (Kim So Hyun – River Where the Moon Rises, The Tale of Nokdu, Radio Romance) patiently waits for her friends Beom Sil (Do Kyung Soo a.k.a D.O from EXO – 100 Days My Prince), San Dol (Yeon Jun Suk – Iljimae), Gae Deok (Lee David – Hotel Del Luna, Bring It On, Ghost), and Gil Ja (Joo Ah Reum – Be My Dream Family, Graceful Friends) to arrive back to their hometown island. Watch this summer filled with fun, romance, and tragedy.
Genres: Korean Movie – Romance Drama

My Wife Got Married, It all started with football. Deok-hoon (Kim Joo Hyuk – Reply 1988) falls in love with In Ah (Son Ye Jin – Secret Garden) who shares his love and passion for the sport. They quickly become lovers and he proposes. She refuses at first but they eventually get happily married. Until one day, In-ah declares her wish to marry another man. She doesn’t want to divorce as she loves Deok-hoon all the same, the only thing is that she loves the new man as much. In Ah goes ahead and marries her new man. And so the bizarre bigamy begins.
Genres: Korean Movie – Romance

Bank Attack, Desperate for money to save his sick daughter’s life, Bae Gi Ro (Lee Moon Shik – The Tale of Nokdu, The Secret Life of My Secretary, The Undateables) decides to rob a bank. Things become much more complicated, when real bank robbers enter the bank.
Genres: Korean Movie – Comedy

Shadows In The Palace, During the Chosun period, a court lady is found dead and ruled as a suicide. But while performing an autopsy, palace medic Chun Ryung (Park Jin Hee – Taxi Driver, Love Scene Number) suspects murder and starts to investigate the case. With a sense of justice and full of wit, Chun Ryung bravely unmasks the deceptions, but soon confronts the veiled past, kept hidden by those that had far more power than she had expected.
Genres: Korean Movie – Thriller

Watch these and a whole lot more of your other favorite KDramas, reality and variety shows, Japanese dramas and Anime, Chinese dramas, Thai dramas, Viu Originals, TagDubOnViu and MORE for FREE! Download the Viu app now and #ViuItRight!