Maris Racal can’t help but laugh at Janice de Belen’s blooper during her guesting on Magandang Buhay on August 12. 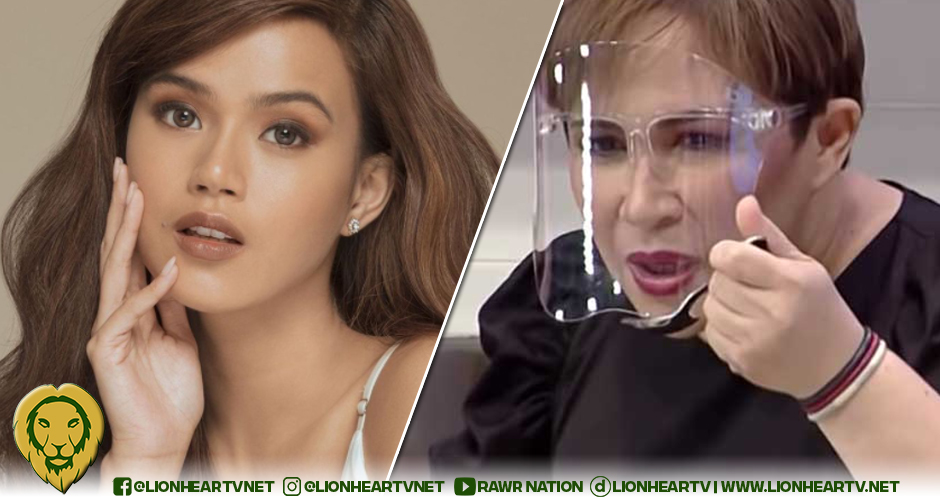 On Facebook, Racal posted a screenshot of her live reaction where she tried to contain her laughter when the blooper occurred.

The blooper went unnoticed by the viewers. It was Racal’s post that drew the netizens’ attention and now poked fun at it.

A netizen even related her reaction to her song, Ate Sandali.

Some of them even said that they could imagine hearing the image that Racal posted.

The blooper happened during Maris’s guesting when she cooked ‘Law-uy,’ a Visayan dish.

Since de Belen is a guest co-host, Melai Cantiveros requested the former to taste Maris’s recipe and give her comments about the dish.

When she was about to taste the dish, she forgot that her face shield was on, thus her mouth is still covered.

De Belen laughed and simply lifted her face shield to uncover her mouth.