The record-breaking MYX Awards 2021, which garnered over 4.3 million tweets from around the world and has so far accumulated over 1.6 million video views online, will have its television premiere this Saturday (August 14) at 8 pm. 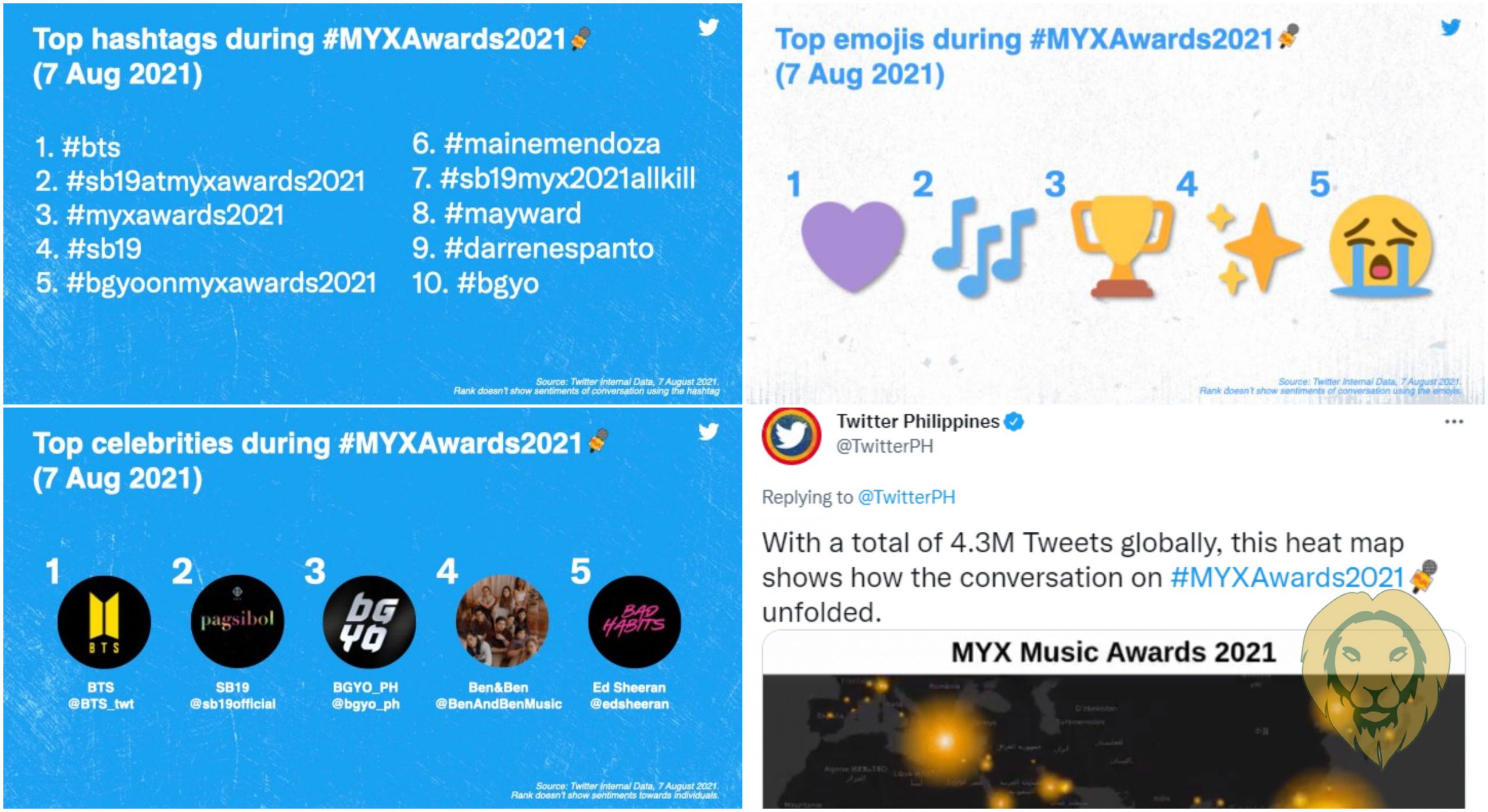 Completing the top 10 hashtags of the night are those related to International Video of the Year winner BTS, performer BGYO, New Artist of the Year nominee Maine Mendoza, host Edward Barber and award presenter Maymay Entrata known together as MayWard, and another nominee Darren Espanto.

BTS, SB19, and BGYO were also named top celebrities on Twitter during the awards night along with Collaboration of the Year and Mellow Video of the Year winner Ben&Ben and highly anticipated performer Ed Sheeran, who treated fans to an acoustic version of his single, “Bad Habits.”

Meanwhile, the uploaded #MYXAwards2021 videos on MYX’s Facebook page, Twitter account, and YouTube channel have garnered a combined 1.6 million views as of writing. Some of most viewed on these platforms are the “MAPA,” “He’s Into Her,” and “Upuan” performances of SB19, BGYO, and Ben&Ben respectively. 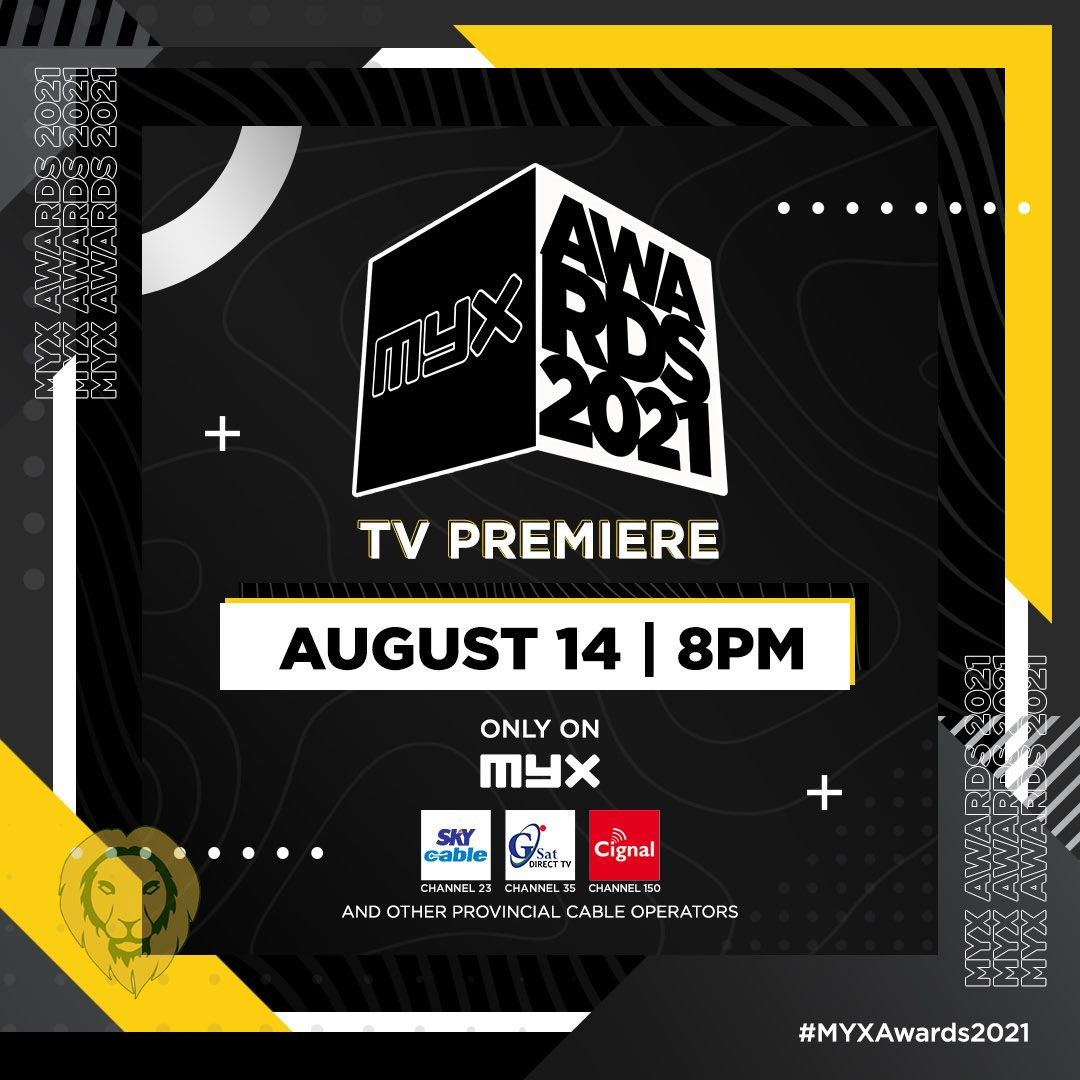